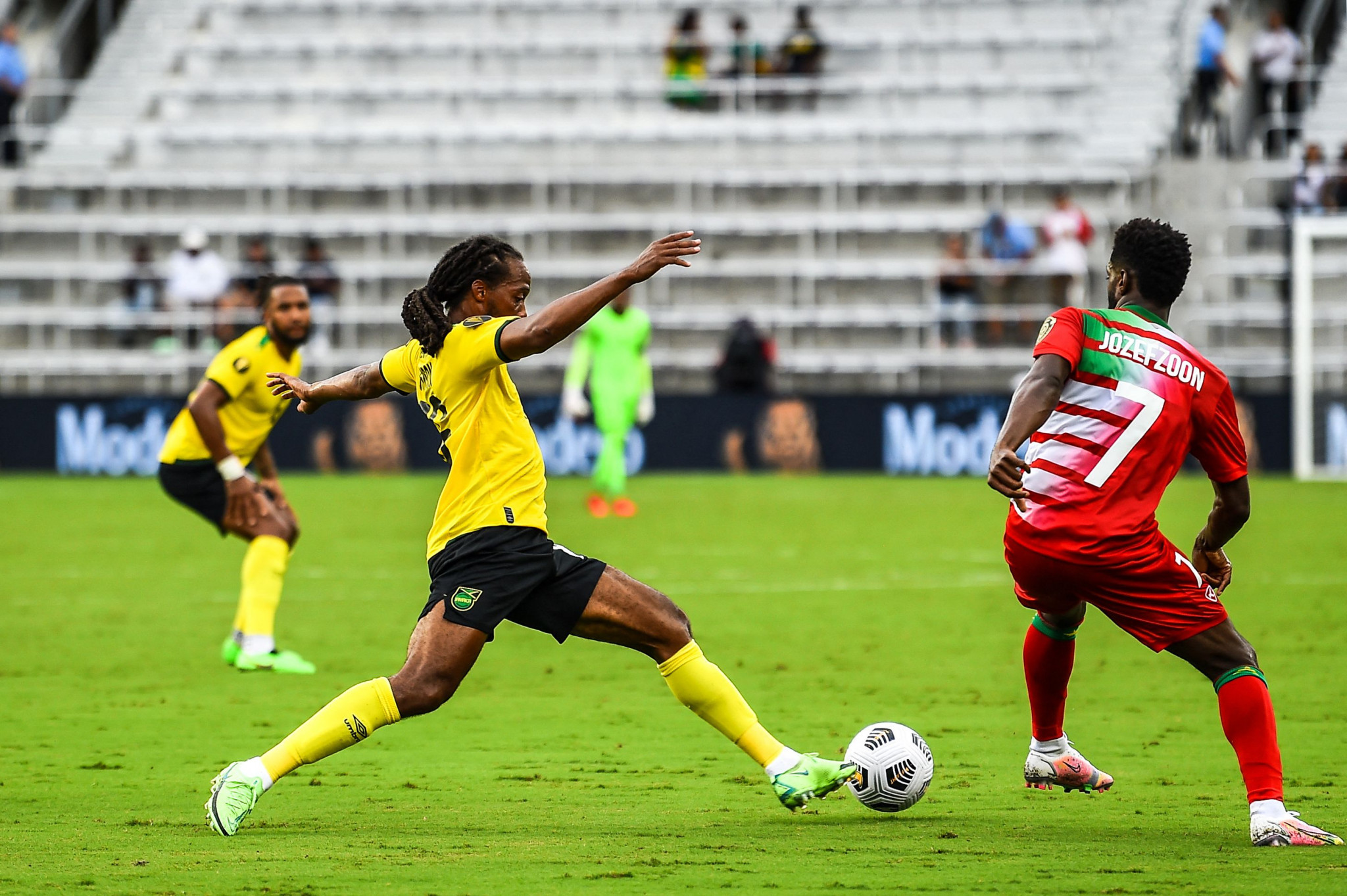 The forward found the bottom corner of the Suriname net, after a low effort from the edge of the area.

A clearance from the Suriname defence fell to Decordova-Reid on the edge of the area, with the forward sending a dipping volley beyond goalkeeper Warner Hahn.

Jamaica remained in control in the second-half and secured a 2-0 victory.

Costa Rica secured a 3-1 win over Guadeloupe in the second Group C match of the day.

Joel Campbell opened the scoring for Costa Rica after a Guadeloupe’s goalkeeper Yohann Thuram spilled the ball on the edge of the box, which allowed the striker to find an empty net.

Guadeloupe halved the deficit in first half stoppage time, with Raphaël Mirval turning in a corner at the near post.

Guadeloupe’s efforts to level the score were hampered when Steve Solvet was sent off for a second bookable offence in the second half.

Celso Borges made the result safe for Costa Rica, as he volleyed a left wing cross beyond Guadeloupe’s goalkeeper in the 70th minute.

WHAT A FANTASTIC GOAL! ?

Group D is due to begin tomorrow with guests Qatar facing Panama, while Honduras meet Grenada.

CONCACAF has also issued a declaration prior to Mexico’s second match of the tournament against Guatemala, following discriminatory chants from fans in their Group A win over Trinidad and Tobago at the AT&T Stadium in Arlington.

Chanting from sections of the 41,299 crowd had led to the match being briefly suspended by the referee.

"CONCACAF is extremely disappointed by the discriminatory language used by some of Mexico's fans during their Gold Cup match against Trinidad and Tobago at AT&T Stadium on Saturday, July 10," CONCACAF said in a statement.

"The shout for the goalkeeper was heard despite CONCACAF's significant anti-discrimination campaign in recent weeks and extensive efforts by the FMF to make it clear that it is unacceptable.

"Discriminatory screams were also heard during a Mexico friendly match at the same stadium in May.

"The fans participating in the shout are disappointing the many Mexico fans who want to positively support their team.

"They're also damaging Dallas's reputation as a soccer city, particularly after Mexico's recent friendlies in Atlanta, Nashville and Los Angeles were devoid of discriminatory shouts.

"Regarding the recent publications related to the next game between Mexico and Guatemala, we would like to clarify that this match will take place as scheduled, with the assistance of fans.

"CONCACAF will continue to implement its 'What Is Wrong, Is Wrong' anti-discrimination campaign, and if necessary, will activate its protocols which include expelling fans who engage in discriminatory behaviour and suspending the match.

"We invite fans to put this cry behind them and focus on making soccer a positive and welcoming environment for all fans and communities."