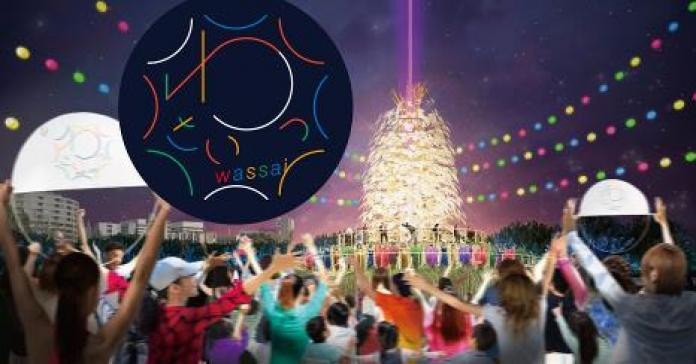 A virtual Olympic Stadium on Sunday (July 18) will display giant "imaginary creatures" from around the world this Sunday in a show set to include a hip hop dancer who is only seven-years-old.

The Nippon 2020 Festival "Wassai" will create a giant virtual circle known as a "WA", featuring the creations in a live streamed programme as the countdown to the Opening Ceremony on July 23.

The "Wassai" festival reflects a Japanese tradition that during celebrations, people would come together in a large circle to dance.

COVID-19 restrictions have made such a physical gathering impossible this year, but Tokyo 2020 organisers claim the virtual event will be "another step in a path to connect people in countries all around the world through the Games".

A total of 2,000 illustrations "embodying the thoughts and emotions of people from across the world" were sent in.

These will be animated for the show.

The event is set to begin with a stage performance.

Dancers representing modern Japan tell the story of the birth of wasai, "a festival that brings peace to a world in chaos".

It is expected to include hip hop dancing by seven-year-old Sono Lizuka, winner of the “All Japan Super Kids Dance Contest”.

He was born in 2014 - a year after Tokyo won the right to host these Olympics.

Japanese rock band Wanima will also play and dancers Aio Yamada and Tuki Takamura have choreographed a series of routines.

In the second part of the event, viewers around the world are encouraged to take part in the dance remotely.

"Let's dance and sing and make a lot of noise! Let's sing and dance 'wassai' together remotely and become 'WA!'" said organisers.

Model and wheelchair user Myu Ashihara has recorded an instructional video with Yamada and Takamura to demonstrate the dances.

The show is timed to begin at 6pm local time on Sunday and is expected to be broadcast live in 15 countries.

It will be also streamed live on the Tokyo 2020 website here.

Organisers revealed the event will be "non-verbal" and any Japanese will be translated into English with subtitles.