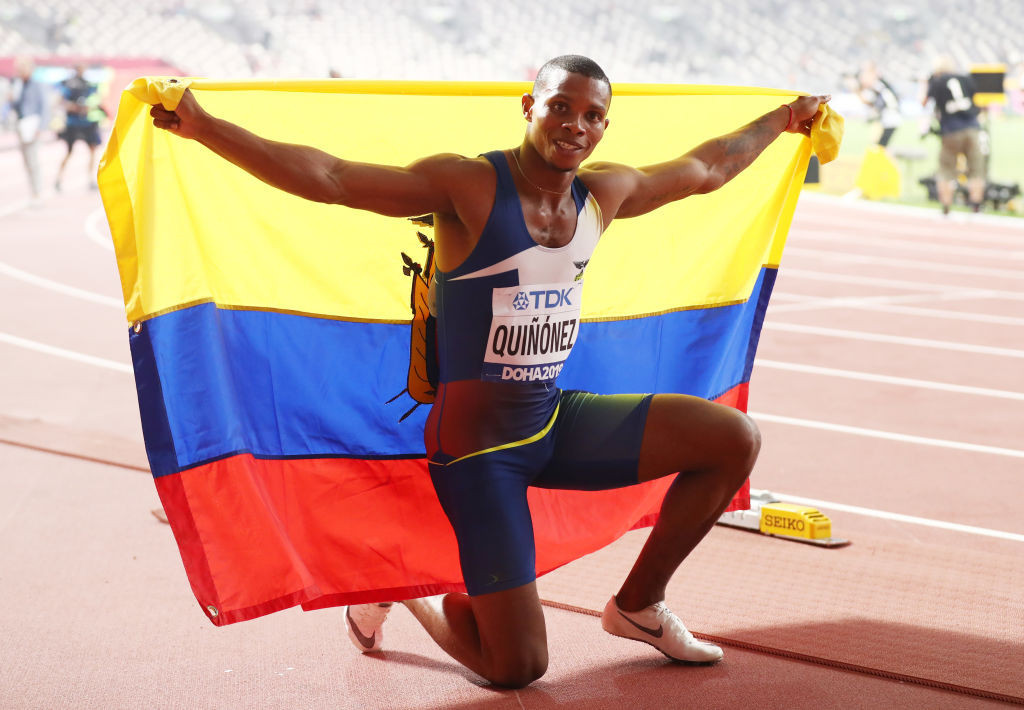 The Athletics Integrity Unit site indicates that the relevant date in the case is June 26 2021 and adds that the case has gone to a disciplinary tribunal.

No further information has yet been offered.

The 31-year-old from Esmeraldas clocked 19.98sec in the 200m final at the Doha 2019 World Championships, finishing behind silver medallist Andre De Grasse of Canada, who clocked 19.95, and winner Noah Lyles of the United States, who recorded 19.83.

Earlier in 2019 Quiñónez had set a 200m personal best of 19.87 at the Lausanne Diamond League meeting and had won over the same distance at the Pan American Games in Lima.

Earlier this year he competed at the World Athletics Relays in Chorzow, Poland, helping Ecuador finish fourth in the 4x200m relay.

With Quiñónez provisionally suspended, he appears set to miss the Olympic Games, unless the disciplinary tribunal clears the Ecuadorian beforehand.