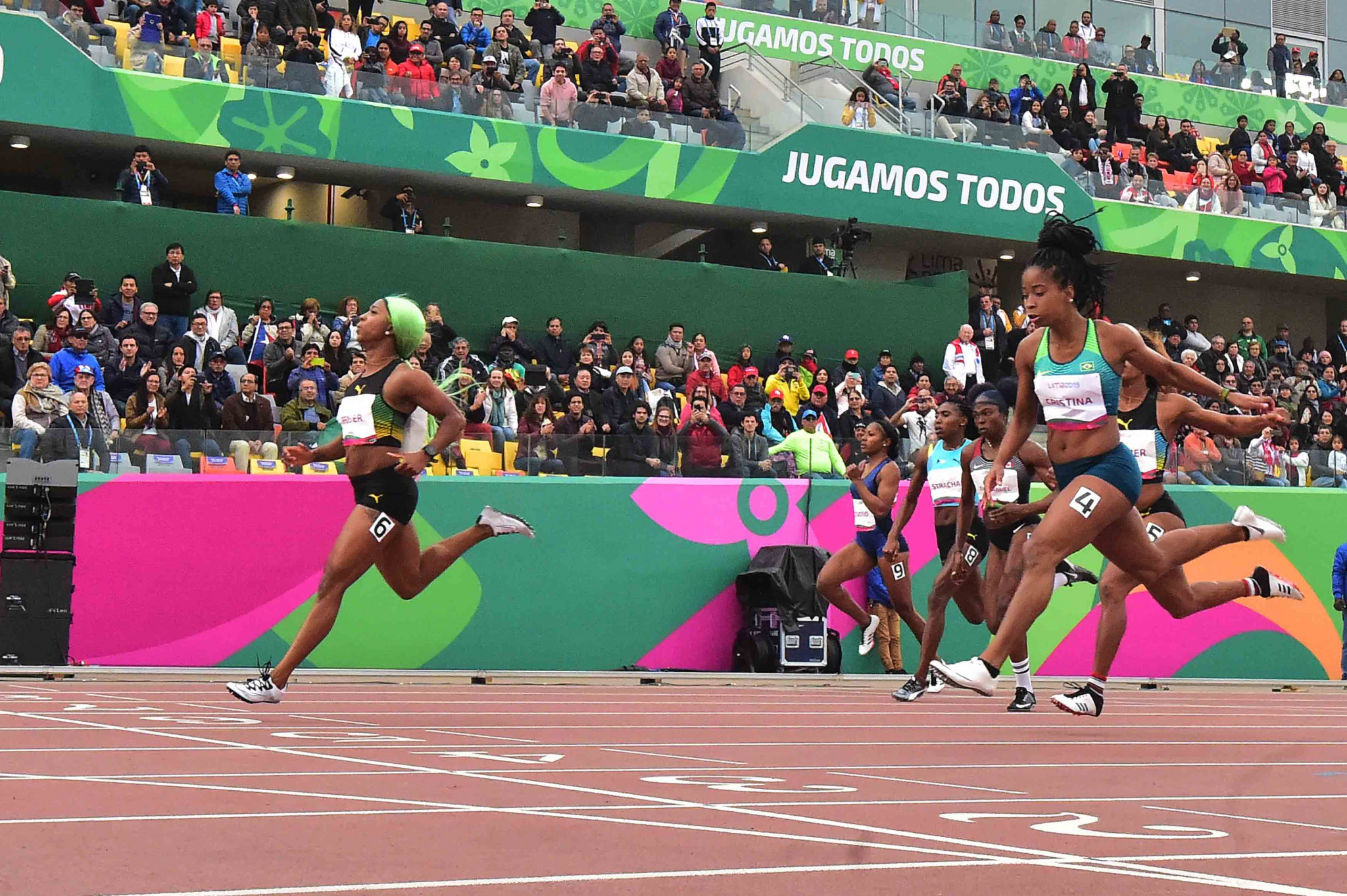 The Jamaican star was the clear favourite heading into the competition following her decision to switch from the 100m, the event she claimed Olympic gold in at Beijing 2008 and London 2012.

Fraser-Pryce lived up to expectations as she stormed to victory in a 22.43 seconds.

It lowered the mark of 22.45 set by the United States' Evelyn Ashford at the 1979 Pan American Games in San Juan.

The podium was rounded off by Tynia Gaither, who won the Bahamas' first medal of Lima 2019 by winning bronze in 22.76.

The men's 200m title was won by Ecuador's Alex Quinonez in a time of 20.27, with Trinidad and Tobago's Jereem Richards taking silver in 20.38.

Two-time defending champion Ibarguen had been forced to withdraw from the event earlier this week due to a foot injury.

Rojas, the Olympic silver medallist behind Ibarguen at Rio 2016, was forced to rise to the challenge of her rival in a different way in her absence.

The Venezuelan athlete narrowly missed out on Ibarguen's Games record of 14.91m by ending 0.01m shy with her first round jump.

The eight-year old record would fall later in the competition when Rojas produce a leap of 15.11m, which saw her secure the gold.

Cuba’s Luis Zayas secured an impressive victory in the men’s high jump, where he recorded two personal bests on the way to gold.

The effort was the joint eighth best in the world this year.

Canada’s Michael Mason, who has cleared 2.31m this year, was left settling for silver as a result.

Mason bowed out with a best height at Lima 2019 of 2.28m, with his rival's 2.30m effort forced him to attempt 2.32m to stand a chance of gold owning to earlier failures.

Elizabeth Gleadle of Canada placed second with a throw of 63.30m, while bronze went to Winger's team-mate Ariana Ince on 62.32m.

He held off the United States' Reid Buchanan and Lawi Lalang, who managed 28:28.41 and 28:31.75 respectively to earn podium finishes.

Mexico’s Laura Galvan Rodriquez emerged as the winner of a three way tussle for the women's 5,000m title.

She got the better of Canada’s Jessica O’Connell and the United States’ Kimberley Conley to be crowned champion, as she crossed the line in 15:35.47.

Brazil would triumph in the men's and women's 4x100m ahead of Trinidad and Tobago and Canada in the respective events.