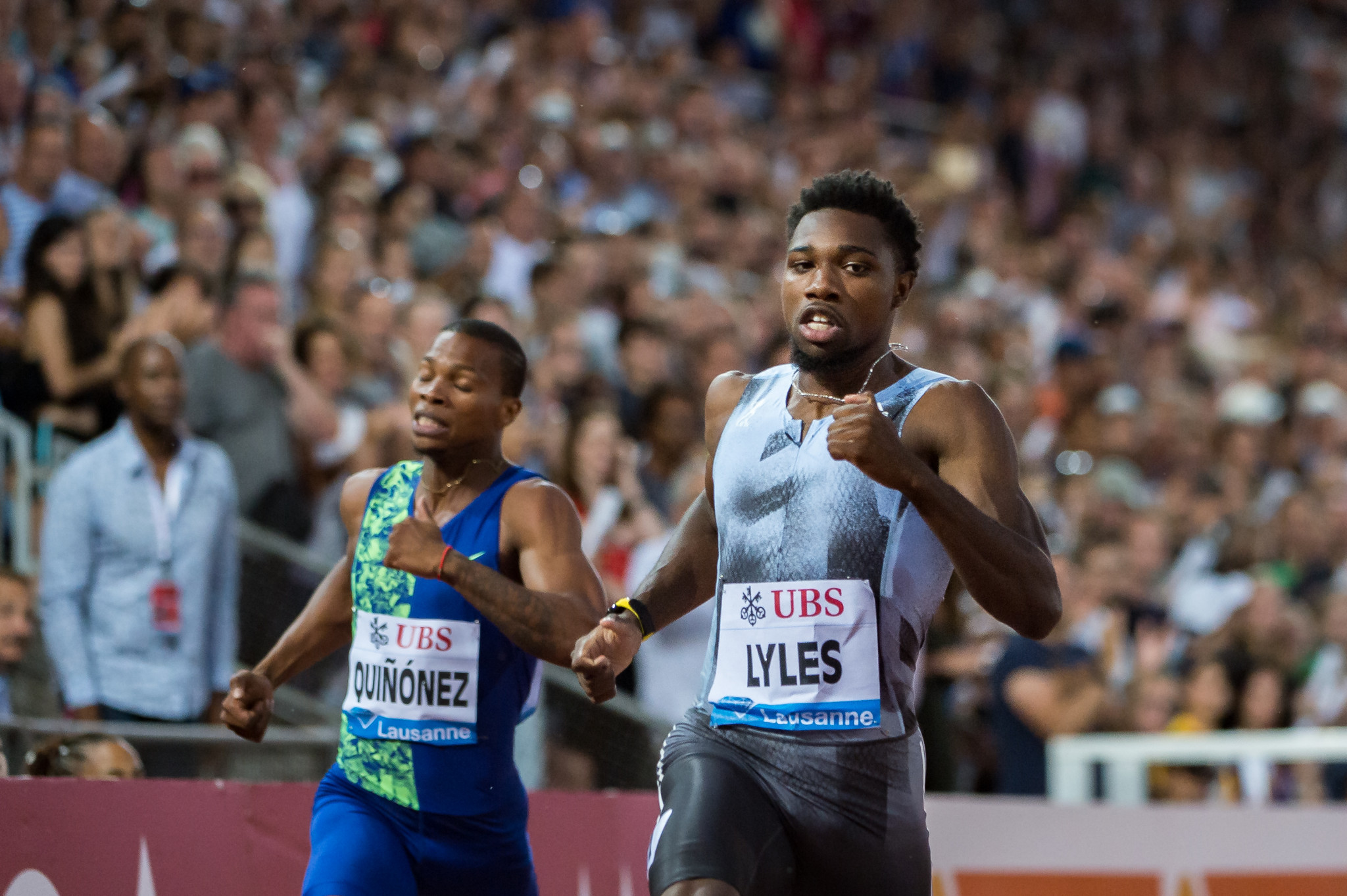 Noah Lyles trimmed 0.08 seconds off Usain Bolt’s meeting record at the International Association of Athletics Federations Diamond League in Lausanne as he won the men's 200 metres in 19.50sec.

That performance during the eighth stage on the Diamond League tour at the Stade olympique de la Pontaise earned the 21-year-old American fourth place on the all-time list behind Bolt’s world record of 19.19, the 19.26 recorded by Bolt’s Jamaican training partner Yohan Blake in Brussels and Michael Johnson’s mark of 19.32 set in winning the 1996 Olympic title in Atlanta.

In second place, Alex Quinonez improved his own Ecuadorian record with 19.87 while Canada’s Andre De Grasse, the Rio 2016 silver medallist making a return from successive hamstring injuries, finished third in 19.92.

"The track here is burning up," said Lyles,narrowly beaten in Rome last month by fellow 21-year-old and compatriot Michael Norman, who clocked 19.70 to his 19.72.

"I'm feeling good here - me and my coach have been working really hard.

"I know I'm running exactly how my coach wants me to run.

"There’s nothing better than seeing the accomplishments of what you have put in.

"I'm very satisfied - it's time for the next race."

Kenya’s world silver medallist Timothy Cheruiyot had enthralled the packed-out stadium by taking almost a second off the meeting record in the men’s 1500m.

"This is one of the best days of my life," said the 26-year-old world silver medallist and former European indoor champion, who last won at a Diamond League meeting in 2017.

Salwa Eid Naser broke one of the oldest Athletissima meeting records in the women’s 400m.

The 21-year-old Bahrain athlete took 0.28 seconds off Marie-Jose Perec’s meeting record of 49.45, which had stood since 1996, clocking 49.71 under pressure from Niger’s Aminatou Seyni, who took more than a second off her own national record with a time of 49.19.

Colombia’s Rio 2016 triple jump champion Caterine Ibarguen won with a season’s best of 14.89m, while in the women’s high jump Russia's Mariya Lasitskene, competing as an Authorised Neutral Athlete, earned victory with a best of 2.02m.

A second-round effort of 8.32m from Cuba’s Juan Miguel Echevarria - who took off 30 centimetres behind the marker - was enough to win the long jump.