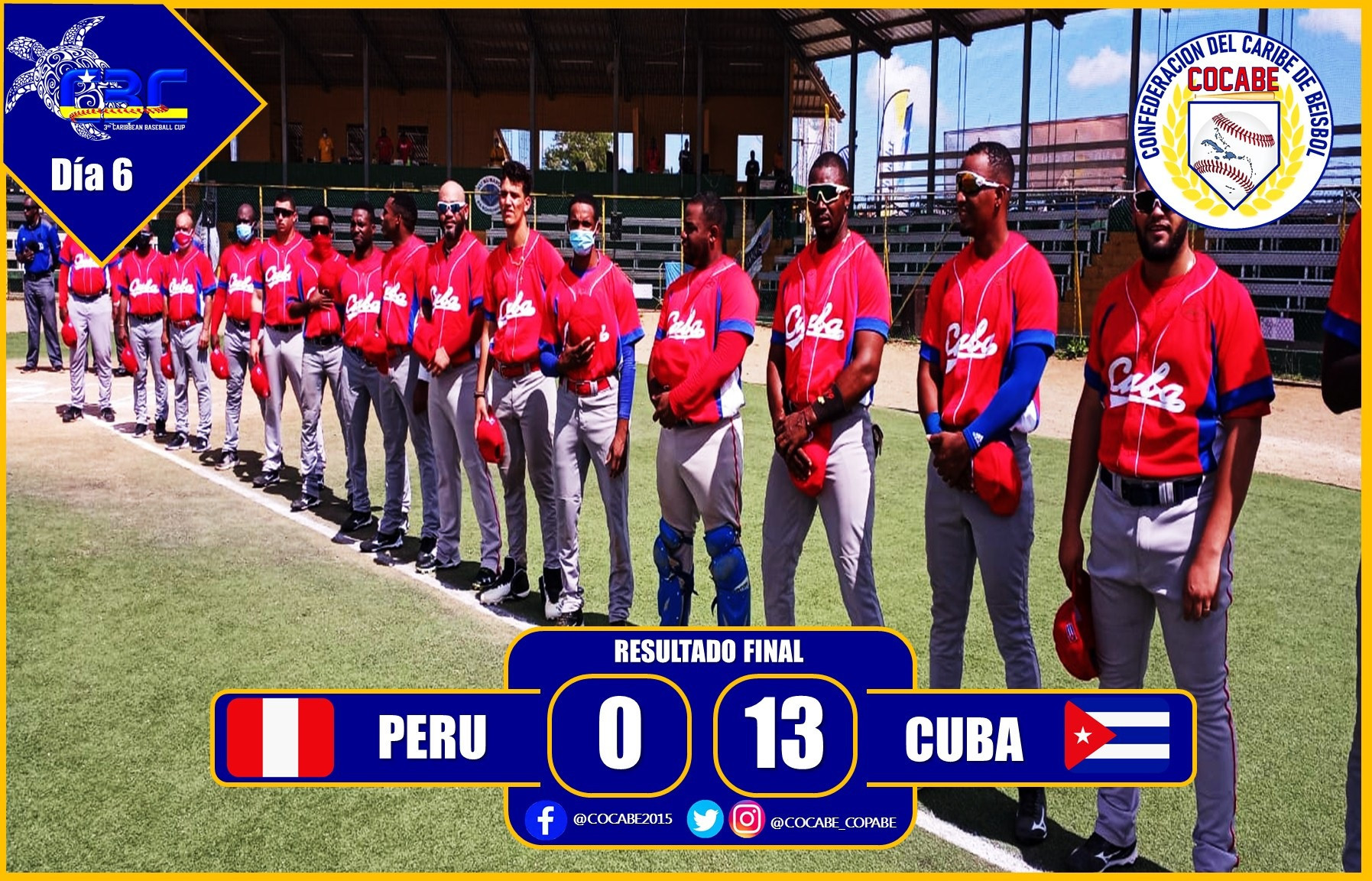 Cuba continued their sensational form with a 13-0 thumping of Peru at the Caribbean Baseball Cup in Willemstad.

The emphatic victory means Cuba finish the group phase undefeated, matching the record set by the Dominican Republic, who have come through with unblemished records in two previous editions.

For Peru, this was another heavy defeat having been on the receiving end of a 18-0 thrashing to hosts Curaçao yesterday.

The Peruvians were unable to match a potent Cuban side who chalked up another win in the competition.

Favourites Cuba are now due to meet Curaçao in tomorrow’s final.