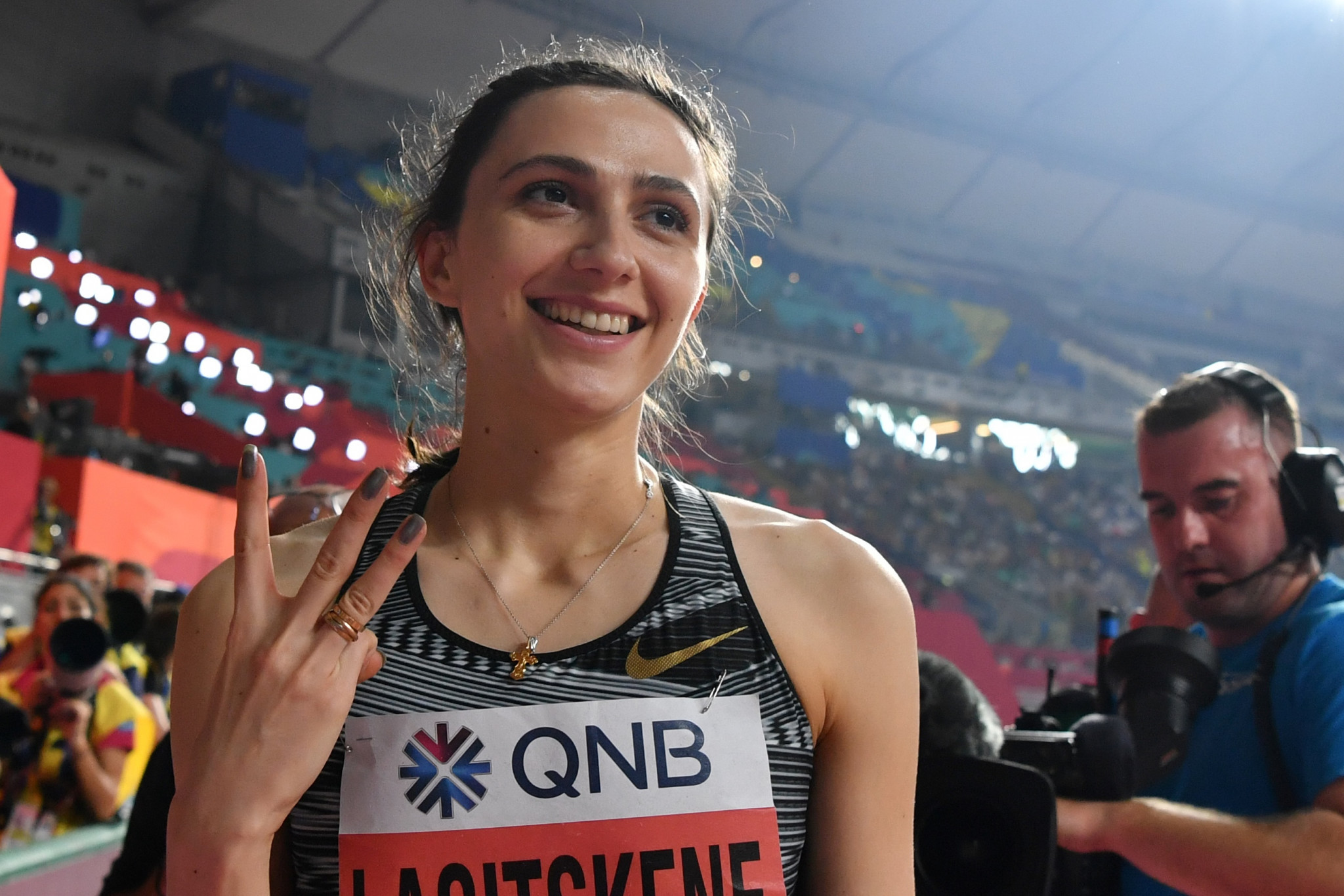 The Russian Athletics Federation (RusAF) has announced a list of 10 track and field athletes who are set to compete as neutrals at the delayed Olympic Games in Tokyo.

Lasitskene and Sidorova are reigning world champions, while Shubenkov won a silver medal at the 2019 World Championships in Doha.

Akimenko and Ivanyuk won silver and bronze medals in that order at the World Championships in 2019.

Those chosen are set to participate at Tokyo 2020 under the acronym "ROC" as part of the punishments imposed on the nation for the state-sponsored doping scandal and following cover-up.

A total of 123 Russian athletes have so far been declared eligible to compete at international competitions as Authorised Neutral Athletes (ANA) in 2021.

The figure was boosted after the World Athletics Review Board agreed that a further 61 athletes had met the "exceptional eligibility criteria" and confirmed that five applications had been rejected.

But World Athletics Council agreed that for the remainder of 2021 no more than 10 Russian athletes would be granted eligibility to participate as ANA at any championship, including the Olympics, World Athletics Series events and this year’s European Under-23 Championships.

The RusAF was also told to prioritise the selection of athletes who are in the International Registered Testing Pool.

"The Task Group, which I chair, approved yesterday a list of athletes, who might be selected for the Olympic Games, but certain changes were introduced as well," said RusAF Acting President Irina Privalova according to state-run news agency TASS.

"The truth is that not all of our athletes, who meet all requirements of the World Athletics Council and have the required performance standard for the Olympics, have been granted the neutral status.

"We still have some time left before the Russian Olympic Committee is scheduled to confirm the final roster of our athletes."

The ANA scheme was suspended last year following the latest scandal involving the RusAF, which has been suspended since November 2015 in relation doping cover-ups.

However it was not expelled, and in March the World Athletics Council approved the reinstatement of the ANA programme, following the unanimous approval of a RusAF reinstatement plan.

The World Anti-Doping Agency initially imposed a four-year package of punishments on Russia in December 2018 before a three-member Court of Arbitration for Sport (CAS) panel halved the sanctions in December 2020.

Under the ruling by the CAS panel only Russian athletes who meet certain criteria will be able to compete as neutrals at events including the Tokyo 2020 and Beijing 2022 Olympics and any World Championships.

Russia will not be able to host, or be granted the right the stage, any major events during the two-year period, while the Russian flag, emblems or symbols have also been barred along with the national anthem.

No Russia athletes were allowed to compete in track and field competition at Rio 2016 - even as neutrals.