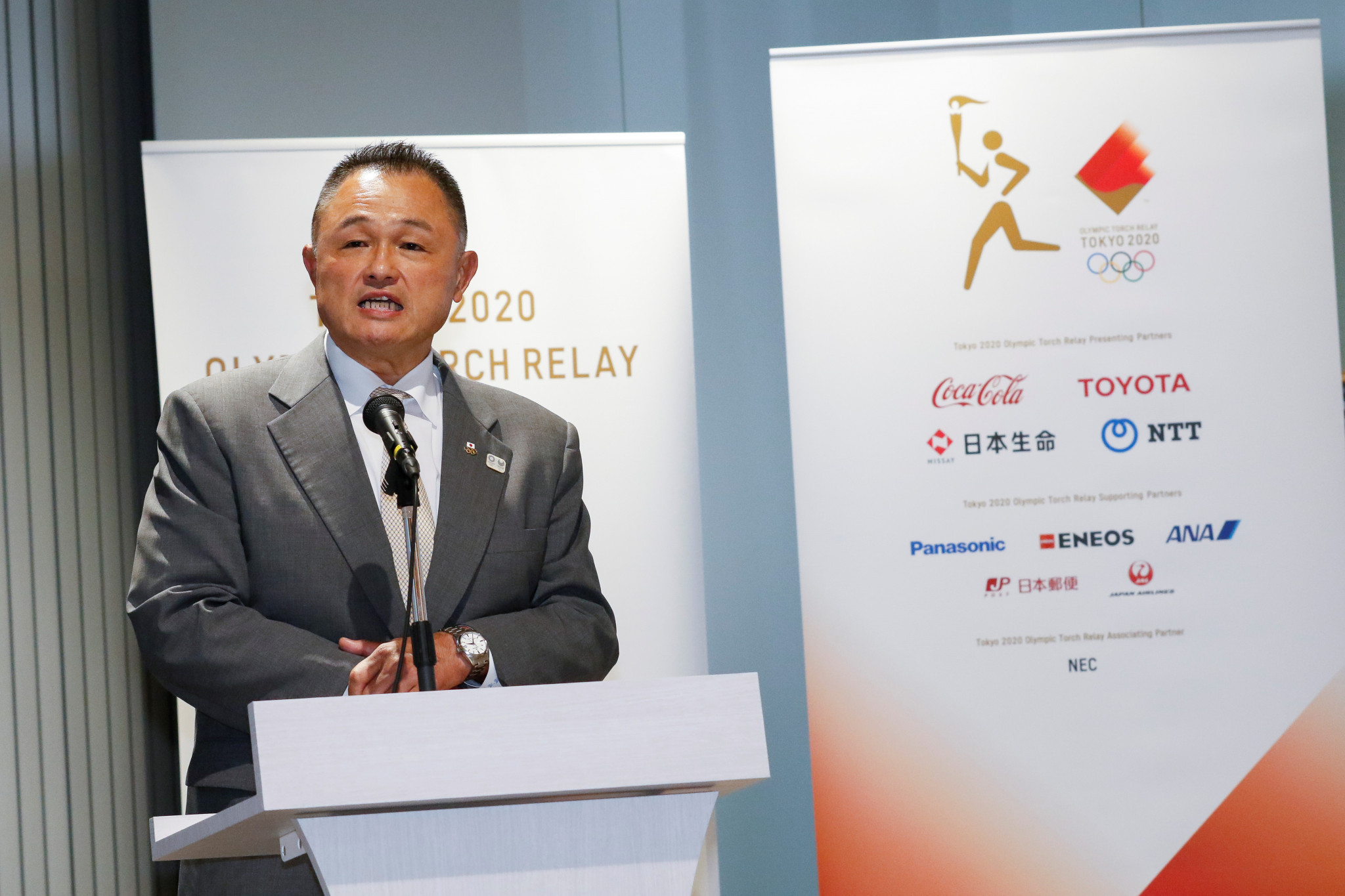 There are just 25 days until the Olympics are scheduled to open with tens of thousands of people set to converge in the Japanese capital for the event, due to be held against the backdrop of the coronavirus pandemic.

A state of emergency was lifted in Tokyo last week, but COVID-19 cases remain on the rise - with the city recording 317 new infections in the past 24 hours - almost 100 more than the figure reported a week before.

Yamashita conceded it was impossible to ensure there are no cases when delegations arrive in Tokyo but stressed that "thorough measures" would be implemented at airports to combat the spread of coronavirus.

"No matter what measures are put in place, there is no way we will have zero positive cases arriving," said Yamashita.

"Even if you’ve had two vaccine doses, it doesn’t guarantee every individual will be negative.

"In order to make sure no clusters arise, we need to have thorough measures at the border at the time of entry to Japan."

Suga checked border protocols for athletes and other overseas attendees when he visited Haneda Airport today.

"If necessary, we will quickly take additional steps."

There have been growing calls for stronger COVID-19 countermeasures for arrivals into the host nation for the Games after a Ugandan delegation recorded two positive cases following their arrival in Japan earlier this month.

A nine-member group from Uganda arrived on June 18, with a team coach testing positive on arrival at Narita International Airport, despite reportedly being fully vaccinated with the AstraZeneca vaccine and testing negative before he landed.

Tokyo 2020 Games delivery officer Hidemasa Nakamura indicated all passengers to have travelled with an infected person could be deemed close contacts, should a positive case be reported on arrival.

"We'll immediately prepare a system to isolate and test them even before making a determination [on whether they had close contact]," Nakamura said, according to Kyodo News.

Japan’s Chief Cabinet Secretary Katsunobu Kato also said that athletes and staff who had been in close contact with an infected individual would be taken in a separate car to their location where they would isolate.

According to Kyodo News, Suga was also shown around a vaccination site at Haneda Airport where pilots and flight attendants were receiving doses of a COVID-19 vaccine.

Around 13 million people have been fully vaccinated against coronavirus in Japan - which equates to 10.3 per cent of the country’s population - while 21.5 per cent have received at least one dose of a vaccine.

"We will closely examine the situation and ensure as many people as possible are vaccinated," Suga said.

Overseas fans have been barred from attending the Olympics and Paralympics with the organisers instead allowing up to 10,000 domestic spectators to watch the Games.

The Tokyo 2020 Olympics are scheduled to take place from July 23 to August 8, followed by the Paralympics from August 24 to September 5.