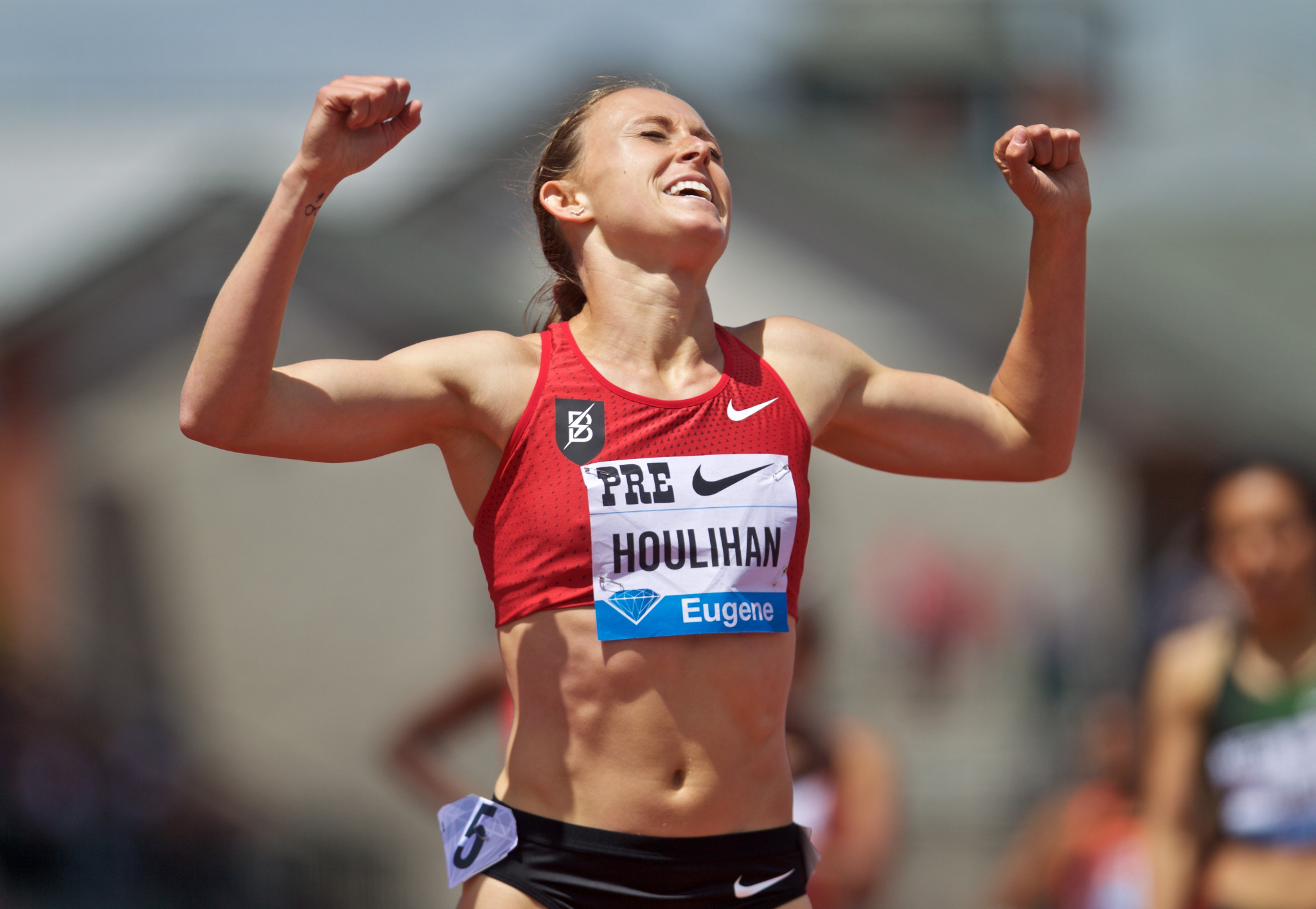 Shelby Houlihan, the American record holder in the women's 1500 metres and 5,000m, is set to miss the Tokyo 2020 Olympic Games after she was given a four-year doping ban.

Houlihan, who finished fourth in the 1,500m at the World Athletics Championships in 2019, had been set to head into the Games as one of the favourites for a medal in the event before a test in December showed the American tested positive for banned substance nandrolone.

She has blamed contaminated meat in a pork burrito for her failed test.

Had she qualified for Tokyo 2020 at the US Olympic trials - which she will now not be able to compete in - the Games in the Japanese capital would have been her second Olympics following an 11th place finish in the women's 5,000m final at Rio 2016.

The 28-year-old's was notified of the failure by the Athletics Integrity Unit (AIU) in January.

Her appeal against the AIU's decision to ban her for four years was rejected by the Court of Arbitration for Sport (CAS) earlier this month.

Houlihan released a statement on Instagram, blaming a pork burrito on contaminating her sample.

She stated that she had eaten the from a Mexican food van in Beaverton in Oregon approximately 10 hours before the drug test.

Houlihan claimed it has "long been understood by the World Anti-Doping Agency (WADA) that eating pork can lead to a false positive for nandrolone, since certain types of pigs produce it naturally in high amounts".

"Pig organ meat (offal) has the highest levels of nandrolone," she said.

"Although my levels were consistent with those of subjects in studies who were tested 10 hours after eating this source and WADA technical guidelines require the lab to consider it when analysing nandrolone, the lab never accounted for this possibility," said Houlihan.

"They could have reported this as an atypical finding and followed up with further testing.

"The anti-doping agency experts I have reached out to say they should have.

"I did everything I could to prove my innocence.

"I passed a polygraph test, I had my hair sampled by one of the world's foremost toxicologists, WADA agreed that test proved that there was no build up of this substance in my body, which there would have been if I were taking it regularly.

"Nothing moved the lab from their initial snap decision, instead they simply concluded that I was a cheater and that a steroid was ingested orally, but not regularly.

"I believe my explanation fits the facts much better - because it's true."

The ban is also set to keep her out of the Paris 2024 Olympics and could end her time at the top of American athletics.

Houlihan's suspension will end shortly before her 32nd birthday.