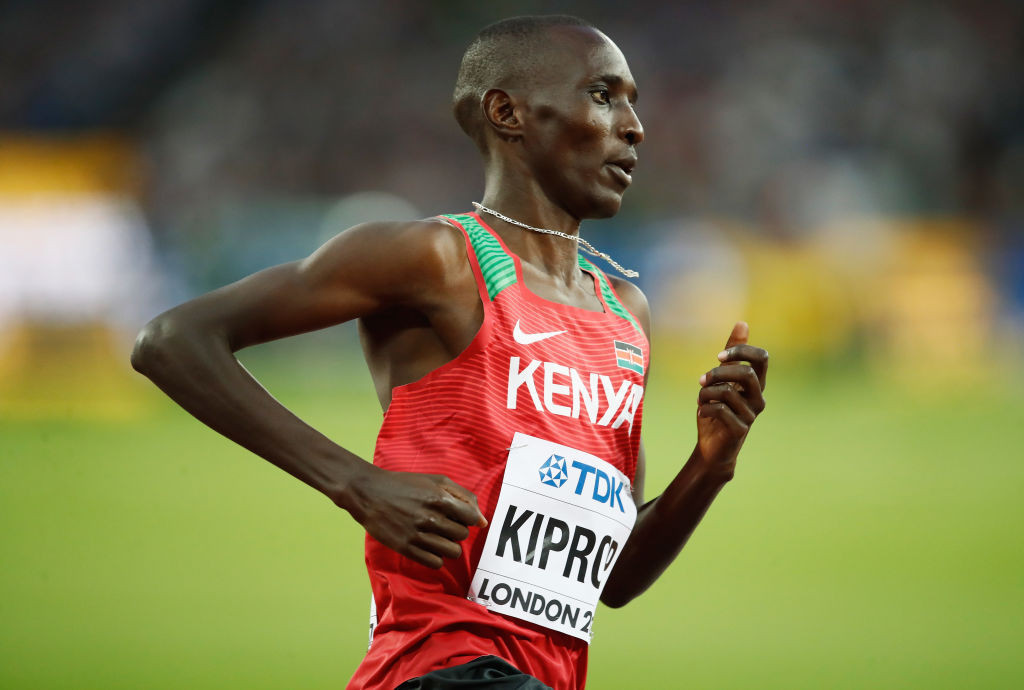 Kiprop, retrospectively named as Olympic 1500m champion at the Beijing 2008 Games after the original winner was banned for doping, himself tested positive for performance enhancing drug erythropoietin (EPO) in 2017.

His ban is due to end on February 2 next year, but the AK rule would currently block the 31-year-old's return to the track.

"As soon as I am done with my term and even if it means going to the courts, I will challenge AK's decision next year," Kiprop said to The Standard.

"I'll fight for my rights and those of other athletes who have served their terms.

"They need to be respected."

Kiprop has argued that he should be considered "innocent" after serving the full length of his ban.

But AK has affirmed its stance, adding that even the forthcoming national Olympic trials will be "an invite-only event for those athletes who have thus far attained the qualifying mark for the Olympics in their respective events".

When he was banned, Kiprop, who claimed he had been asked for money from a doping control officer, gave six possible reasons for his failed test.

This included a suggestion that the EPO found in his sample was "natural" as he had been training at altitude, while he also claimed medication he was taking at the time may have contained traces of the blood booster.

The Athletics Integrity Unit rejected his claims and said the case against Kiprop had been "convincingly made out".

Numerous other Kenyans are currently serving doping bans, blighting the heritage of one of the world's leading long distance running nations.