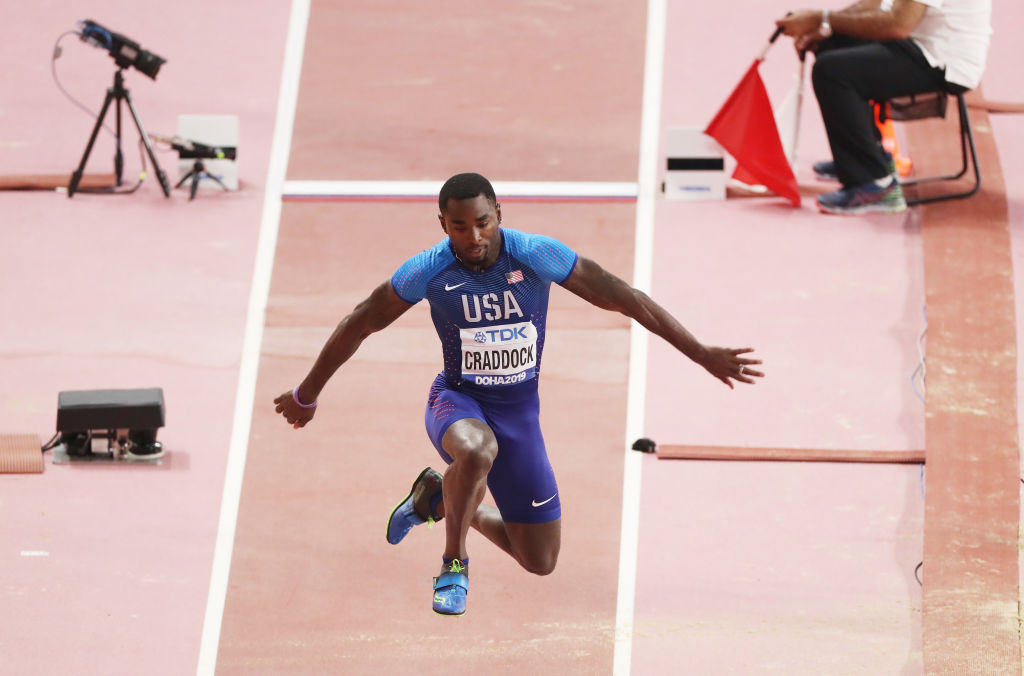 Pan American Games triple jump champion Omar Craddock will miss the delayed Tokyo 2020 Olympic Games and next year's World Athletics Championships after he was given a 20-month ban for missing three drugs tests in a 12-month period.

Craddock has been banned until July 13 next year, ruling him out of Tokyo 2020 and the 2022 World Championships in Oregon, which open on July 15.

The 30-year-old was found to have missed two tests and committed a "filing failure", although his lawyers argued the latter arose because he had been attending a Black Lives Matter protest.

Lawyers for the athlete claimed at a tribunal hearing that Craddock had been in a "preoccupied mental state" following the death of George Floyd and the postponement of Tokyo 2020 because of the COVID-19 pandemic.

Craddock missed anti-doping tests in August 2019 - not long after he won gold at the Pan American Games in Lima - and July 2020, the AIU said.

The filing failure came in June of last year, when Craddock failed to update his whereabouts information.

In the ruling, the tribunal judge said Craddock's "mental state, in my judgment, impacted his behaviour and may explain, to a certain extent, why he overlooked his whereabouts obligation".

The judge added the COVID-19 pandemic, the infection of his own roommate who had contracted the virus, the uncertainty about testing of athletes during the global health crisis and the cancellation of the World Indoor Championships had also contributed to Craddock's violation.

"I have a great deal of sympathy for the athlete and I will take all of these unique, stressful and unforeseen events into account in assessing his degree of fault," the judge added.

Gabrielle Thomas, another sprinter, had her provisional suspension lifted after providing evidence to discount one of three missed tests.