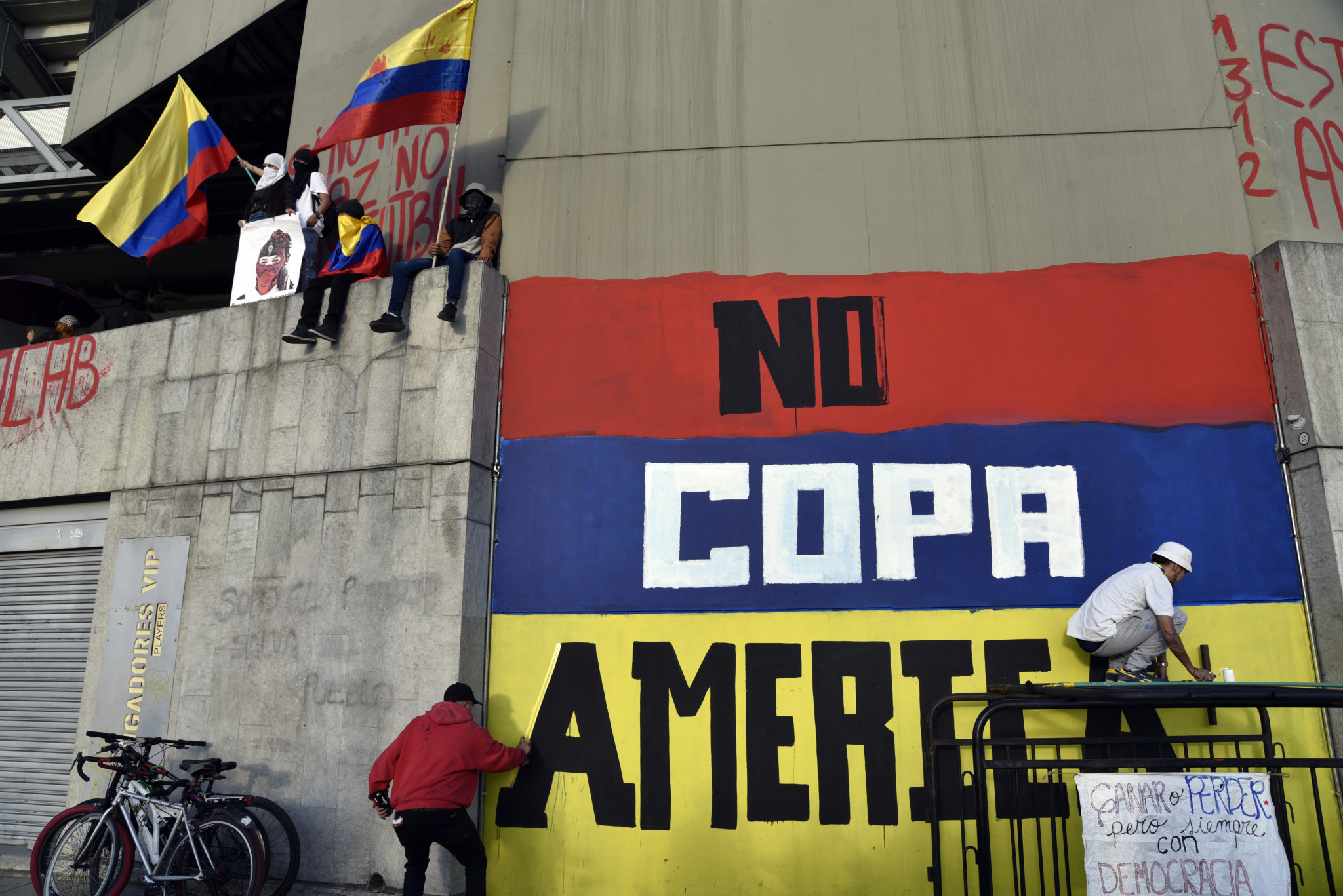 The South American Football Confederation (CONMEBOL) has announced matches at this year’s Copa América will be relocated from Colombia amid ongoing protests in the country.

A formal request had been submitted to CONMEBOL by the Colombian Government to move the tournament to November.

The organisation has declined the request, which it says is impossible due to the international calendar and tournament logistics.

"It is certain that in the future new projects will emerge together for the growth of Colombian and South American soccer.

"CONMEBOL ensures the realisation of the CONMEBOL Copa América 2021 and will report in the coming days the relocation of the matches that were to be played in Colombia."

The request to postpone the tournament came amid four weeks of anti-Government protests in Colombia.

The protests have centred around increased taxes and healthcare reform proposed by the Government, which were reportedly aimed to provide COVID-19 relief.

The Office of the United Nations High Commissioner for Human Rights has criticised the response to the protests, which have seen clashes between protestors and the police and anti-riot forces.

Independent experts have reported at least 26 deaths amid by the crackdown on protests.

The Copa América is scheduled to begin in less than one month, with the tournament running from June 13 to July 10.

The tournament was already rearranged from 2020, when the COVID-19 pandemic forced organisers to delay the event for a year.

Colombia had been due to co-host the tournament with Argentina and had been set to stage 15 matches, including all matches in Group B.

Group B contains Colombia, Brazil, Ecuador, Venezuela and Peru as part of the "North Zone".

Two quarter-finals, one semi-final and the third-place playoff were due to be held in Colombia.

The Estadio Metropolitano in Barranquilla was due to host the final on July 10.

Chile and Paraguay have reportedly expressed an interest in replacing Colombia as co-hosts.

Australia and Qatar were due to participate at this year’s Copa América as guest nations, but withdrew due to the pandemic.