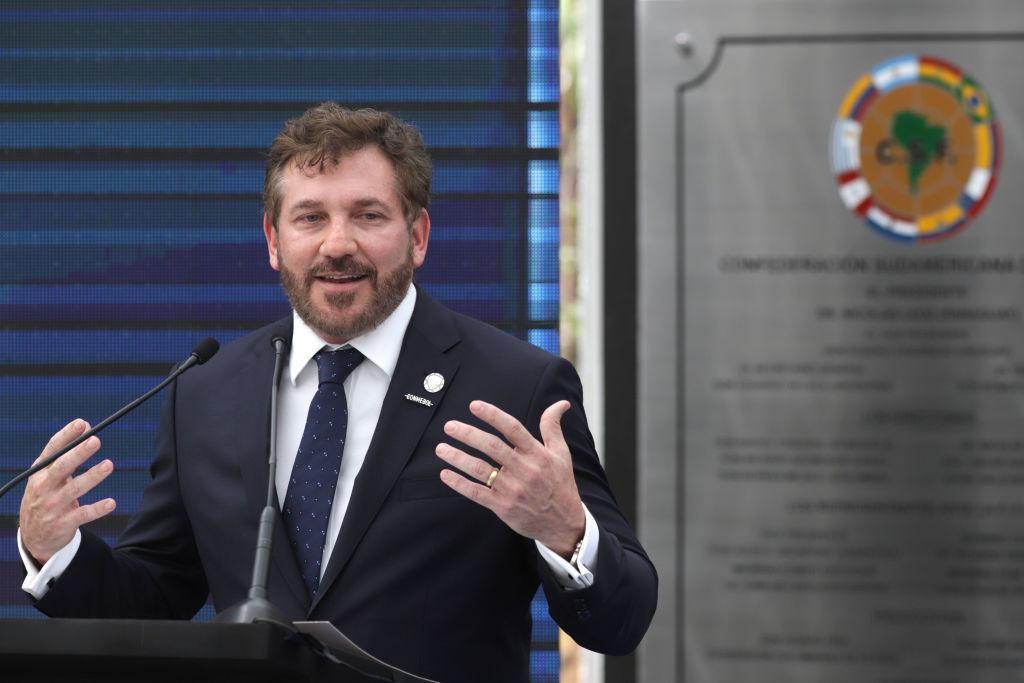 The South American Football Confederation (CONMEBOL) plans to start immunising players due to appear at this year’s Copa América as soon as the arrival of the promised Chinese Sinovac COVID-19 vaccines, due in May, takes place.

A new Commission, which includes representatives of all the member associations, has been established during a virtual CONMEBOL Council meeting and will be responsible for the "legal, administrative, technical and medical aspects of the vaccination process."

CONMEBOL President Alejandro Domínguez confirmed on April 15 that the vaccine would be offered to men's and women's teams taking part in the organisation's top-tier tournaments following the imminent donation of 50,000 doses from the manufacturers Sinovac Biotech.

The vaccines will be available to protect players, referees, technicians and other members of the professional football environment.

Following the meeting CONMEBOL said: "The vaccination promoted by CONMEBOL will reach some 25,000 people and will be focused on the main teams of first-class professional football in the 10 countries.

"President Domínguez emphasised that the vaccine does not replace the sanitary protocols that are being applied, but rather represents an additional barrier to the advance of the virus in the field of South American football."

The active assistance in this scheme of Barcelona’s superstar Lionel Messi was revealed in a tweet by CONMEBOL’s deputy secretary general for soccer and director of development, Gonzalo Belloso, showing three signed club shirts that had been gratefully received by the Sinovac manufacturers.

The tweet, posted in Spanish concluded: "So he is also part of this achievement!"

The Copa América in Argentina and Colombia is scheduled to take place from June 13 to July 10 after being postponed from last year due to the coronavirus pandemic.

Agence France-Presse reported the players would be vaccinated prior to the tournament's opening match at the Estadio Monumental in Buenos Aires.

The donation marks the latest example of what some are calling China's "vaccine diplomacy" after the country also offered jabs to athletes set to compete at the postponed Tokyo 2020 Olympic Games and the 2022 Winter Olympics in Beijing.

The International Olympic Committee later clarified the offer only applied to nations that have approved the Sinovac vaccine.

Domínguez said Sinovac, which produces the CoronaVac jab, "understands that football is an essential activity for the economy, culture, and physical and mental health of South Americans."

The CONMEBOL chief and FIFA vice-president said further details of the vaccination programme for the Copa América would be announced in due course.

"It’s a huge step forwards to beat the pandemic, which in no way means we will let our guard down," he said.

CONMEBOL confirmed the schedule for the tournament last month following the withdrawal of Australia and Qatar, which came because the event clashes with the rearranged Asian Football Confederation qualification matches for the 2022 FIFA World Cup in Qatar.

The organisation said it had asked other countries to take the places of Australia and Qatar but invitations were rejected as a result of the COVID-19 crisis.

Ten nations are set to compete at the event, which will see defending champions Brazil bid for a tenth title.