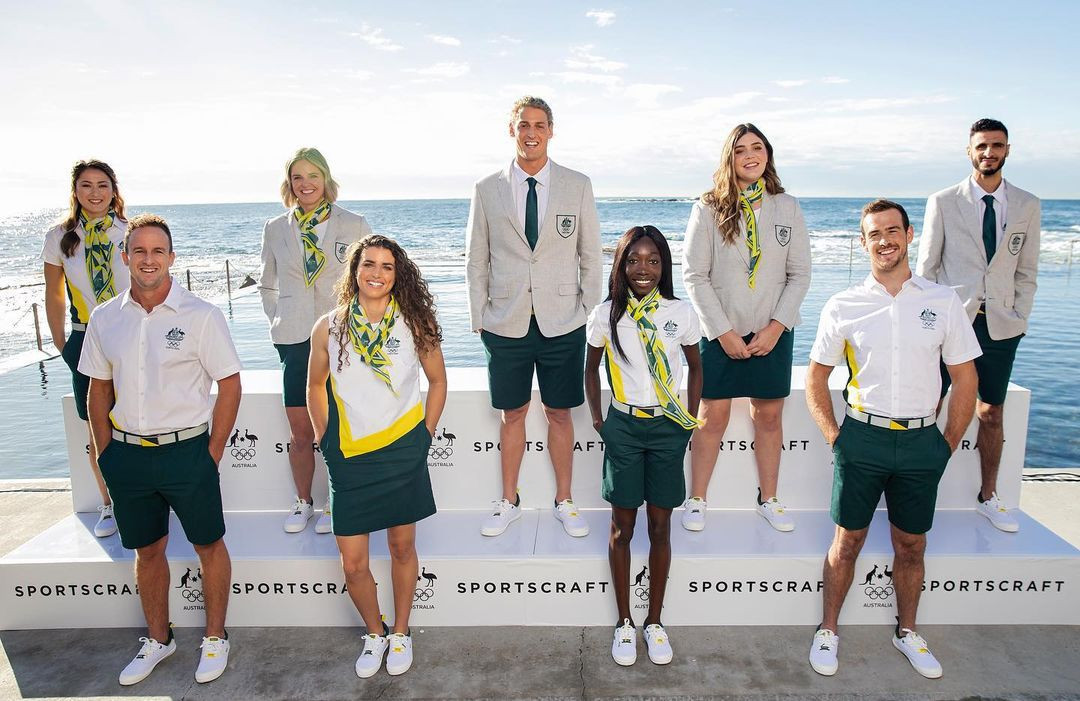 The Australian Olympic Committee (AOC) and fashion brand Sportscraft have unveiled the Opening Ceremony uniforms for Australia for this year's re-arranged Olympic Games in Tokyo.

Nine athletes posed in a photoshoot, showing off the outfits that the Olympians will wear.

It will be the eighth time the brand has designed the Opening and Closing Ceremony uniforms for the Australian team.

Sportscraft spent the past two years designing the uniforms, making sure, it is claimed, they reflect Australian heritage and lifestyle as well as functionality, with Tokyo getting very hot during the summer.

Its design process was inspired by electric lights, vibrant colours and bustling atmosphere associated with the Japanese capital.

The outfit includes a scarf which athletes have an option of wearing as well as an optional blazer.

Athletes will also have tailored shirts and semi-formal shorts.

For women, athletes have an option of either a dress or a shirt and short combination.

Sportscraft will be accompanied by shoe brand Volley Australia, who are the official footwear partner of the AOC for the Opening and Closing Ceremony.

"Australian athletes treasure the opportunity to wear the Australian Olympic uniform and Sportscraft have produced a uniform our athletes will be proud of," said Australia's Chef de Mission for the Tokyo 2020 Olympics, Ian Chesterman.

"Sportscraft is an iconic brand with a proud history of outfitting the Australian Olympic Team, and I'm sure Australian athletes will be thrilled with the uniform for Tokyo.

"The uniform is the result of an excellent collaborative process, with Sportscraft involving athletes throughout the development of the design, ensuring it not only looks great, but also suits the practical needs of athletes.

"The design has a distinct Australian feel and I look forward to the Australian community seeing the official Australian Olympic uniforms for Tokyo 2020.

"After the challenges athletes have faced in making it to the Games, putting on this uniform will be a special milestone for the Australian Olympic Team members."

Two-time Olympic canoe slalom medallist Jess Fox said she was happy to be wearing the names of every Australian Olympic champion, which feature on the blazer.

"It's so special to wear a jacket that has the name of every Australian Olympic champion written on the lining - from Edwin Flack right through," said Fox.

"They're on your back, I feel like they've got my back - all of us that get a chance to wear this jacket are carrying on the Australian legacy.

"It also then stokes our own dream and that desire to have our own names etched there for future Olympic generations."