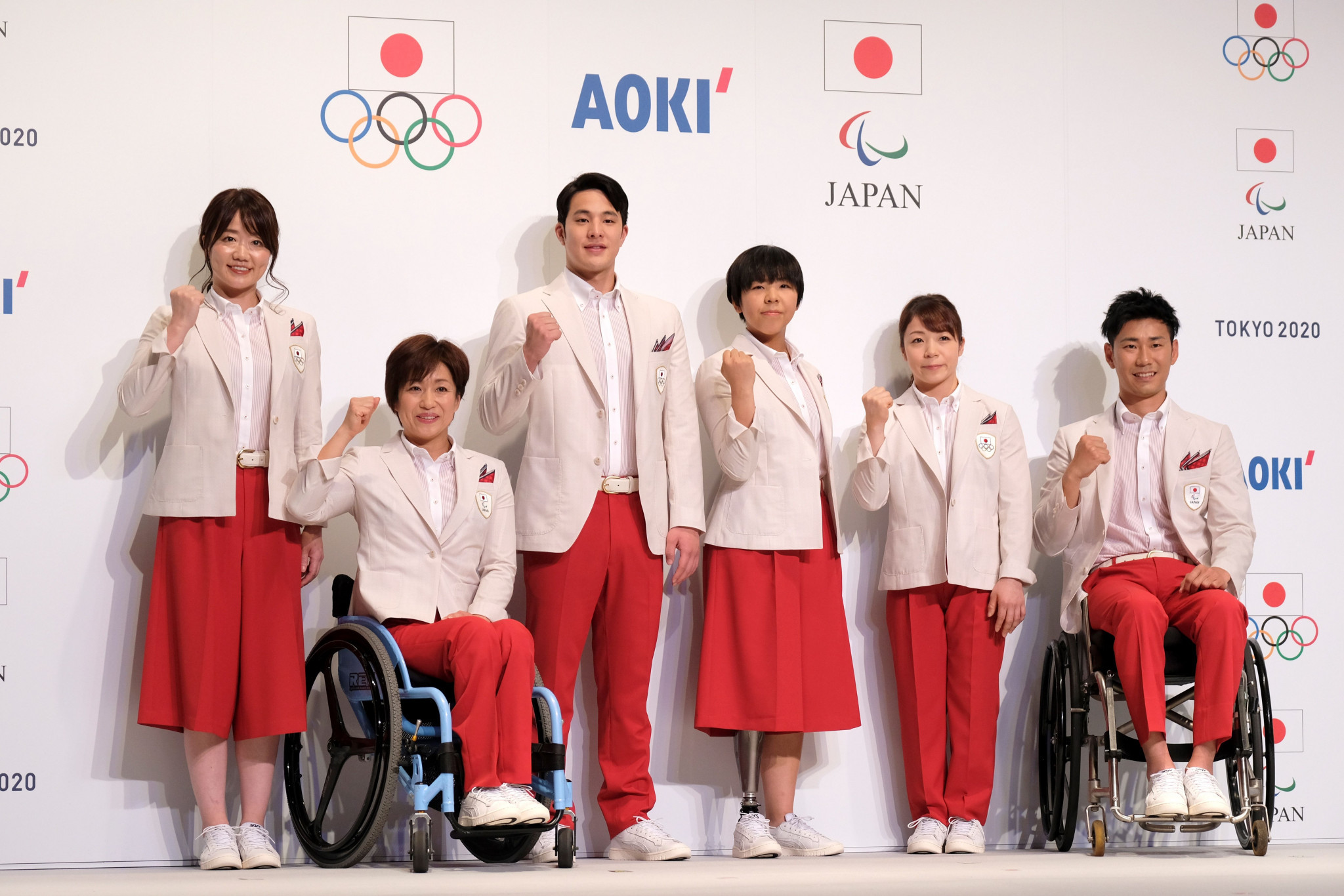 Japan's official uniforms for the Opening Ceremonies of both the Tokyo 2020 Olympic and Paralympic Games have been unveiled.

The uniforms were unveiled prior to tomorrow's six-month-to-go milestone to the Opening Ceremony of the Olympic Games.

According to Kyodo News, both Japan's Olympic and Paralympic teams will wear the same uniforms for the first time.

The decision was taken to reflect the values and commitment to achieving an inclusive society, it is claimed.

The uniform is completed with red trousers or a skirt.

Designs for the Opening Ceremony uniforms were produced by Aoki Inc, one of Japan's largest fashion retail chains.

The company is among the official supporters of the Tokyo 2020 Olympic and Paralympic Games.

Aoki, who also supported the Tokyo 2020 bid, were designated the category of "business and formal wear" when they became a sponsor back in 2018.

A second uniform was revealed at the event, which saw athletes model a navy blazer and white trousers.

This is expected to be worn by Japanese athletes at other ceremonial events around the Olympic and Paralympic Games.

The teams will wear this uniform during the delegation’s inauguration ceremony in the build-up to the Games.

Both Opening Ceremonies are at the New National Stadium in Tokyo.