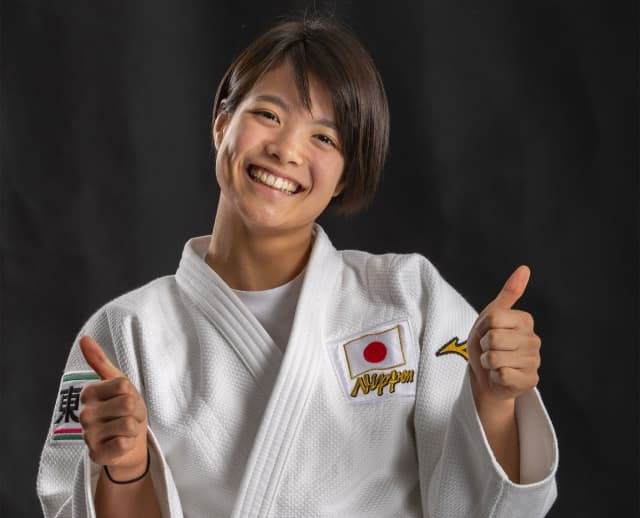 A total of 409 judoka from 79 nations are set to take part in the International Judo Federation's (IJF) Kazan Grand Slam, which will be the last major event ahead of the Budapest World Championships and the Olympic competition in Tokyo.

The three-day Kazan Grand Slam starts tomorrow, with the World Championships scheduled from June 6 to 13 and the Olympic judo competition set to begin on July 24.

The Russian and Tatarstan Judo Federations have combined to deliver this event in a relatively short time following the signing of the contract, and it replaces the Paris Grand Slam on the pre-Games calendar.

Tonaki will face the rising talent of France’s 22-year-old European champion of last year, Shirine Boukli, while Uta will have to watch out for Belgium’s Charline Van Snick, who won London 2012 bronze and the 2015 European Games title at under-48kg and is returning to competition less than three months after tearing an ankle ligament.

The women’s under-78kg will see a resumption of the rivalry between two world-class Germans for the one available Tokyo place - Anna Maria Wagner and Luise Malzahn.

At over-78kg meanwhile there are strong expectations of French judoka Romane Dicko.

In the men’s events, home judoka Robert Mshvidobadze is seeded number one in the under-60kg category, while Moldova’s Denis Vieru is expected to excel in the under-66kg class.

Serbia's world champion Nemanja Majdov will be favourite in the under-90kg class, where France’s 34-year-old Axel Clerget, world bronze medallist in 2018 and 2019, will seek to prove he is fit for Tokyo after coming back from injury.

Israel’s 2020 European champion Peter Paltchik will contest the under-100kg category, while in the heavyweight class Russia has its hopes on Tamerlan Bashaev and Brazilians David Moura and Rafael Silva continue their domestic rivalry for a Tokyo place.

British judoka will be absent following a COVID-19 outbreak at their training camp in The Netherlands last month.