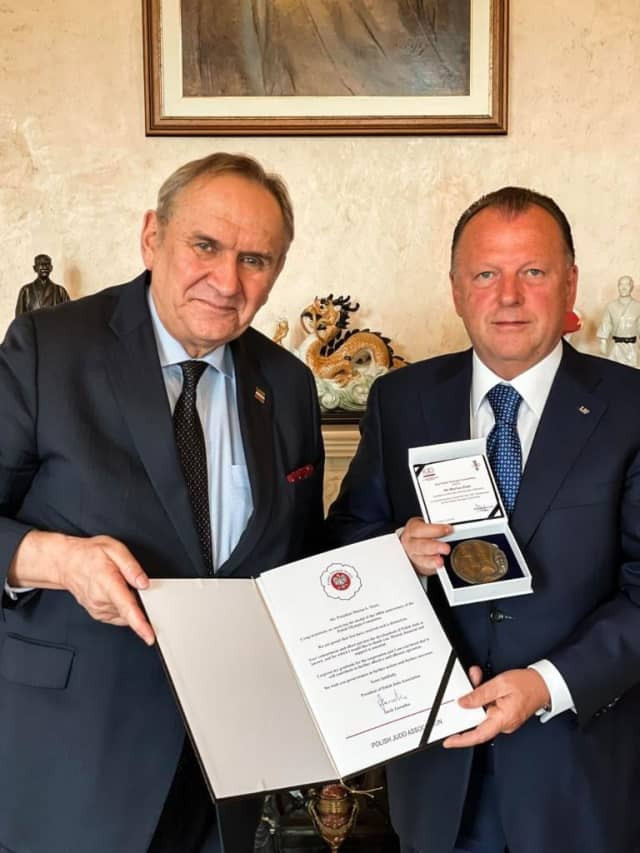 International Judo Federation (IJF) President Marius Vizer has received a medal in recognition of his support for judo development in Poland from the Polish Olympic Committee (POC).

Vizer received the centenary anniversary medal of the POC on Friday (April 16), presented to him by the National Olympic Committee's President, Andrzej Kraśnicki.

During the ceremony, Kraśnicki praised Vizer, thanking the official for the help of the IJF.

Kraśnicki said that the IJF's "mental and financial support are essential" to the sport's development in Poland.

Last week, Beata Pacut won a gold medal for Poland at the European Judo Championships in Lisbon, triumphing in the women's under-78-kilgram division.

It was Poland's first continental judo medal since hosting the European Champions in Warsaw in 2017.

The Polish Olympic Committee was formed on October 12 1919.

Kraśnicki was elected as POC President for the first time in 2010.

The Romanian Vizer was elected President of the IJF in 2007, taking over from Park Yong-sung of South Korea who served in the role for 12 years between 1995 and 2007.