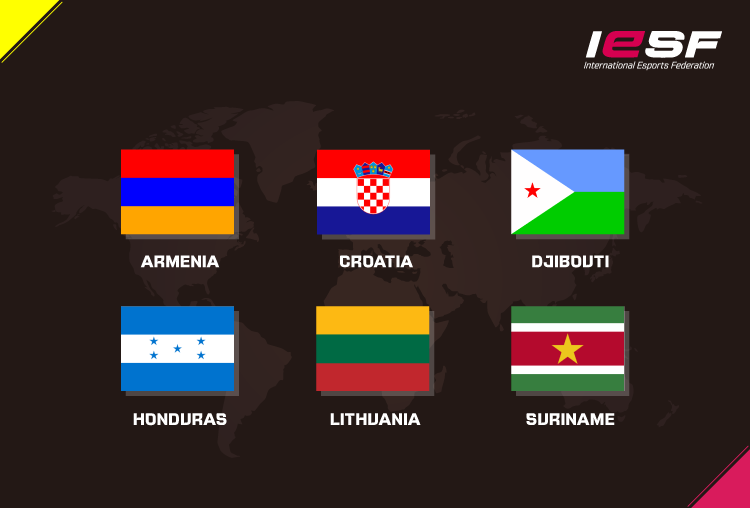 Bodies from Armenia, Croatia and Lithuania in Europe, as well as Djibouti in Africa and Honduras and Suriname from the Americas, have joined the IESF.

The IESF, which in December broke the 100-member benchmark for the first time, now considers itself to have 104 members, from each .

IESF secretary general Boban Totovski commented: "I am happy to send my sincere congratulations to our newest members and wish them: welcome aboard!

"We are excited to have more countries and communities as part of the IESF family.

"We hope that by supporting National Federations in those countries, we can stimulate the growth of the esports communities there and everywhere else."

The IESF - which has its headquarters in Busan in South Korea - is one of two organisations vying to be the world governing body for esports, along with the Tencent-back Global Esports Federation, which was established in 2019.

The IESF is considerable older, dating back to 2008, and is led by American Vlad Marinescu.