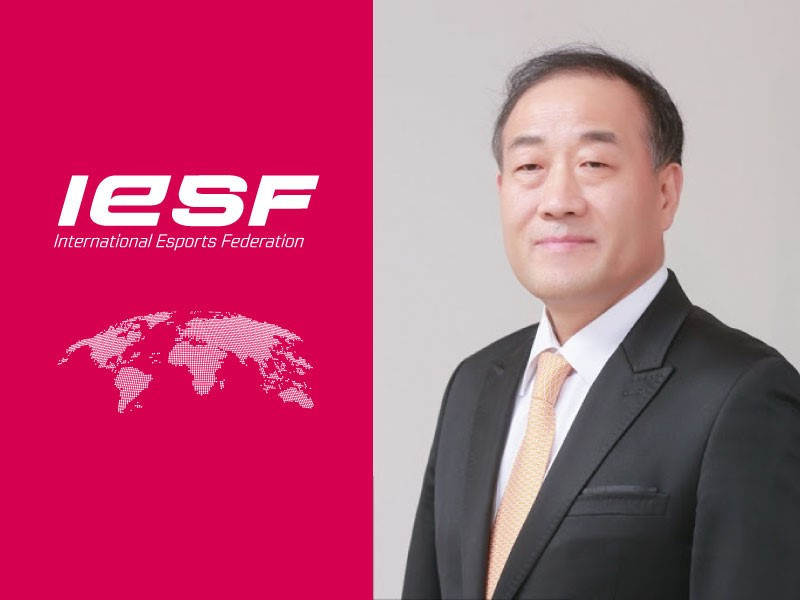 Youngman Kim has been voted in as International Esports Federation (IESF) vice-president by the organisation's Board, succeeding Sheikh Sultan bin Khalifa Al-Nahyan.

Kim, who is President of the Korea e-Sports Association (KeSPA), has been an IESF Board member since 2019.

One of KeSPA's original founders, Kim has led the organisation since 2018.

"This is an exceptional opportunity and I’m honored," the South Korean said.

"I’m truly excited to continue to interact with our members and partners all over the world as well as esports stakeholders, many of whom I have worked closely with on esports over the past decade.

"I am looking forward to continuing these efforts as IESF vice-president."

Kim will serve a two-year term as vice-president.

Sheikh Sultan was in the role for fewer than 10 months, having become acting vice-president in May last year when Vlad Marinescu stepped up to replace Colin Webster as IESF President.

Marinescu and Sheikh Sultan had appeared poised to face off in Presidential election, only for the Emirati to pull out of the race shortly before an IESF Ordinary General Meeting in December, where American Marinescu was re-elected to serve the remainder of the existing term which concludes in 2022.

Marinescu said that Kim had done "a wonderful job as Board Member of IESF" leading up to this appointment.

The KeSPA, which is an IESF member and recently signed a Memorandum of Understanding with the Asian Electronic Sports Federation, is one of the world's leading national esports bodies.

The IESF - which has its headquarters in Busan in South Korea - is one of two organisations vying to be the world governing body for esports, along with the Tencent-back Global Esports Federation, which was established in 2019.