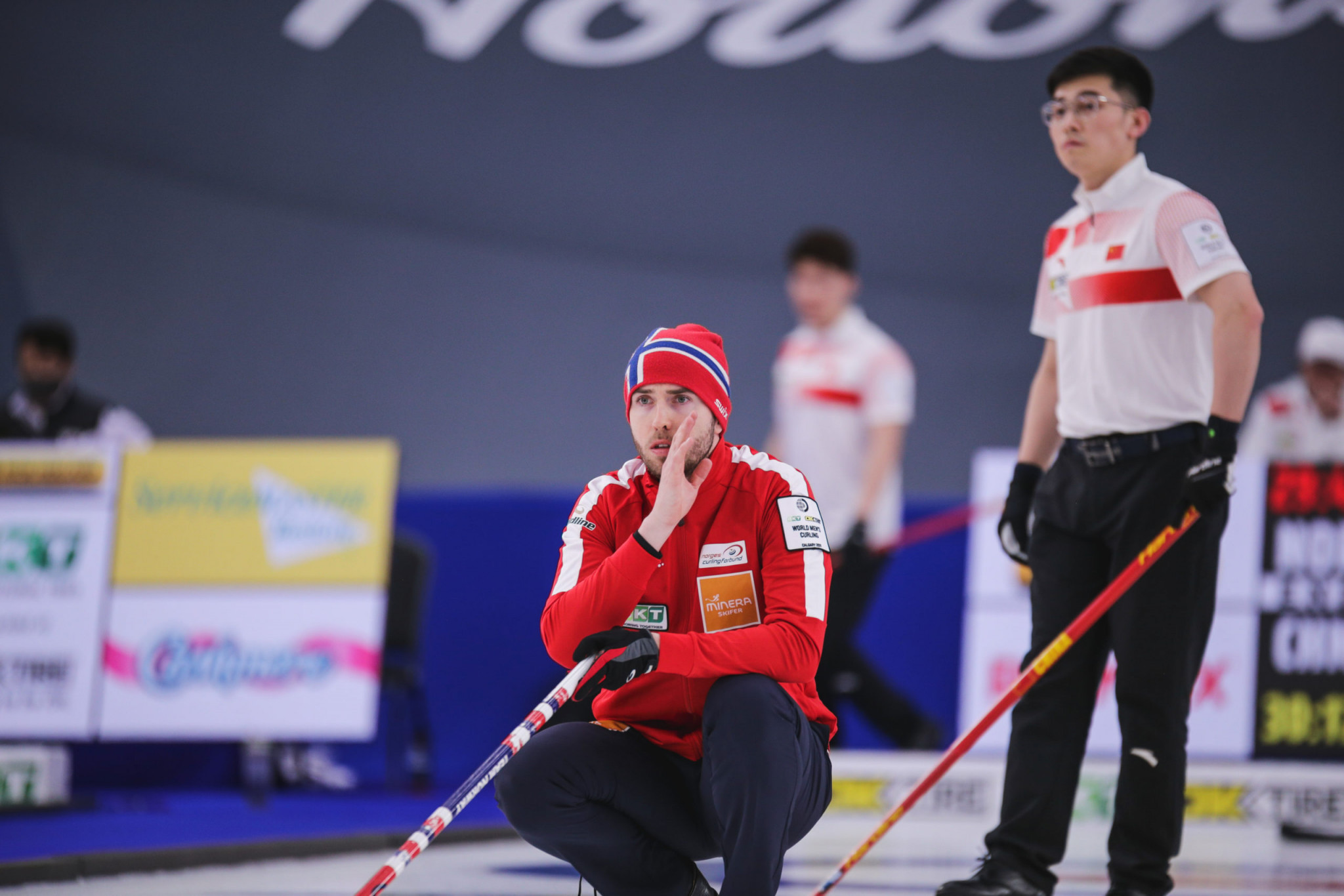 Norway finished day two of the World Men's Curling Championship with a 4-0 record following wins against South Korea and China to go top of the standings in Calgary in Canada.

Steffen Walstad's rink continued their confident form from the opening day with a 9-2 win over Jeong Yeong-seok's struggling South Korea at the Markin MacPhail Centre.

After hitting the South Koreans for four in the opening end, the match was concluded after just seven ends.

Ending the day, Norway finished strongly against Zou Qiang's China to claim another solid victory with the match ended 9-5.

Brendan Bottcher's Canada remain undefeated on 3-0, defeating Mads Nørgård's Denmark 7-5 in their only match of the day.

The Russian Curling Federation - playing neutrally because of the sanctions against the country - also went to 3-0 with Sergey Glukhov's rink soundly defeating China 10-6.

Peter de Cruz's Switzerland are the only other team still to be beaten and sit in a strong position on 3-0 following 8-5 victories over Sixten Totzek's Germany and Yuta Matsumura's Japan.

Here are the results from the sixth session of the #WMCC2021 🌟 pic.twitter.com/veYwKWBTzS

Bruce Mouat's Scotland recovered from their day one defeat to Canada to win both of their matches on day two, starting with a 9-4 victory over Jaap van Dorp's The Netherlands.

Despite being a relatively close affair for a large portion of the match, Scotland scored four in the eighth end, forcing the Dutch to concede.

Mouat's rink then hit South Korea for five points in the eighth end in their late match, giving one of the favourites a resounding 11-4 win.

Reigning champions Sweden turned their defeat against Switzerland into a positive second day, following wins over the United States and Italy.

In a closer affair, Sweden won their second match in an extra end 7-6 against the in-form Italians, skipped by Joël Retornaz.

Shuster's rink remain in contention for the play-offs after a 7-5 victory over Germany in the later session.

Germany, The Netherlands, South Korea and China have yet to win a match.