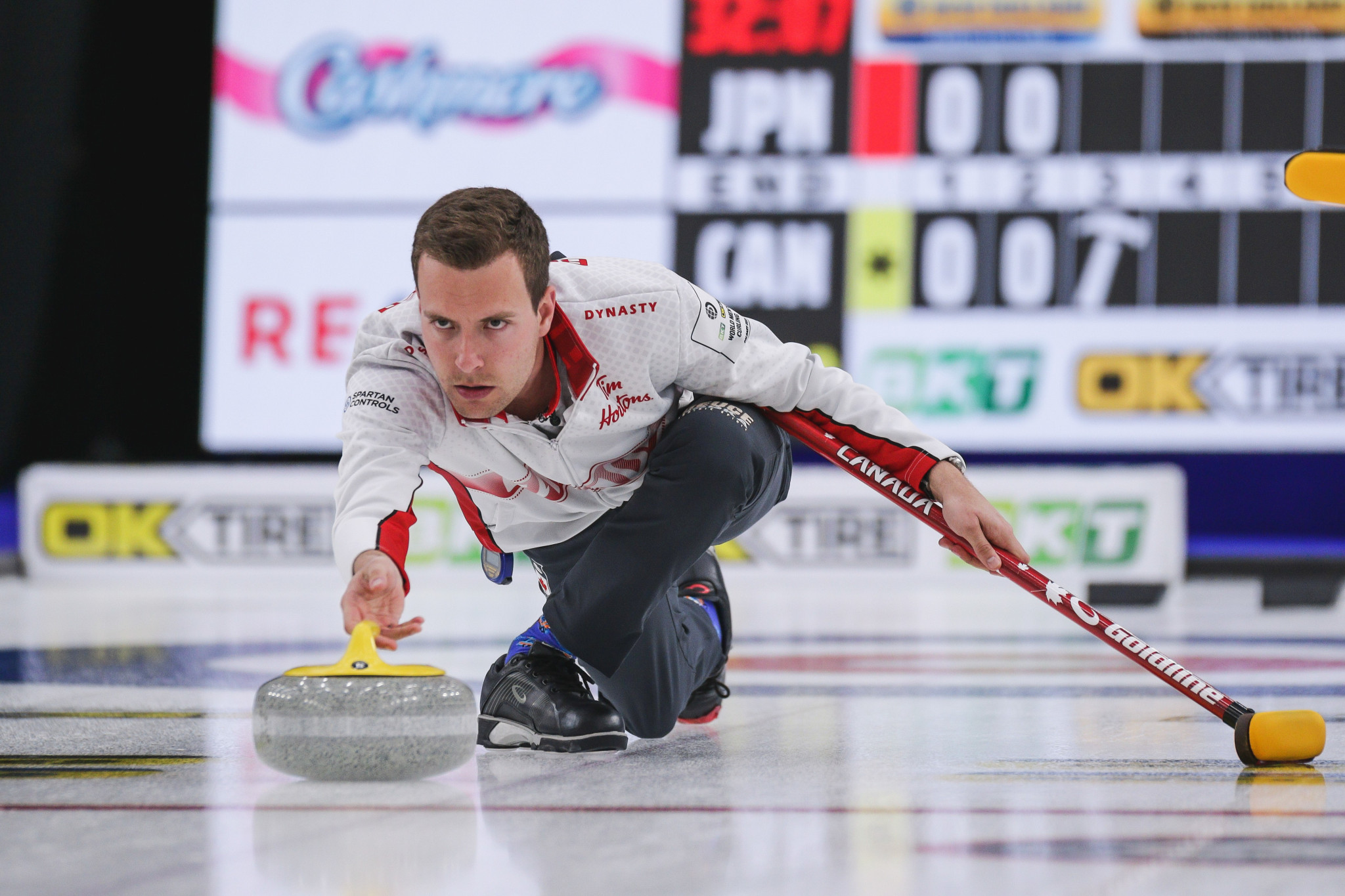 Hosts Canada were one of four teams to end day one of the World Men's Curling Championship with a 2-0 record, after victories over Scotland and Japan at WinSport Arena in Calgary.

Bottcher followed it up with a victory over Yuta Matsumura's Japan, comfortably winning 8-5.

Italy, Norway and the Russian Curling Federation (RCF) all won their opening two matches too.

Norway's team, skipped by Steffen Walstad, pulled out a 7-6 victory over Mads Nørgaard's Denmark, using the last-stone advantage in the final end to confirm the win.

A second victory came in the late match, with Walstad rolling in for three points in the eighth end on his way to a 7-4 victory over Jaap van Dorp's Dutch outfit.

RCF - the Russian team playing under a neutral flag in accordance with World Anti-Doping Agency sanctions against the nation - also remain unbeaten.

Canada plays a soft tap back on Japan's shot stone for a causal score of two going into the ninth end! ???

Sergey Glukhov's team started with an 8-5 victory over The Netherlands, followed by a dominant 9-3 win over South Korea.

Having played just one match on day one, the United States and Switzerland are also undefeated.

Olympic champion John Shuster got the US off to a winning start against China, finishing 5-4 despite a late surge from their opponents.

In what was the match of the day, Peter de Cruz's Switzerland won 8-7 in dramatic fashion against reigning champions Sweden, led by Niklas Edin.

After Edin's rink claimed two in the final end, De Cruz used the last stone advantage in the extra end to give the Swiss an important victory.

Japan and Scotland won one and lost one, while Germany and Sweden have yet to win and each lost a match.

China, Denmark, South Korea and The Netherlands all lost their opening two matches.