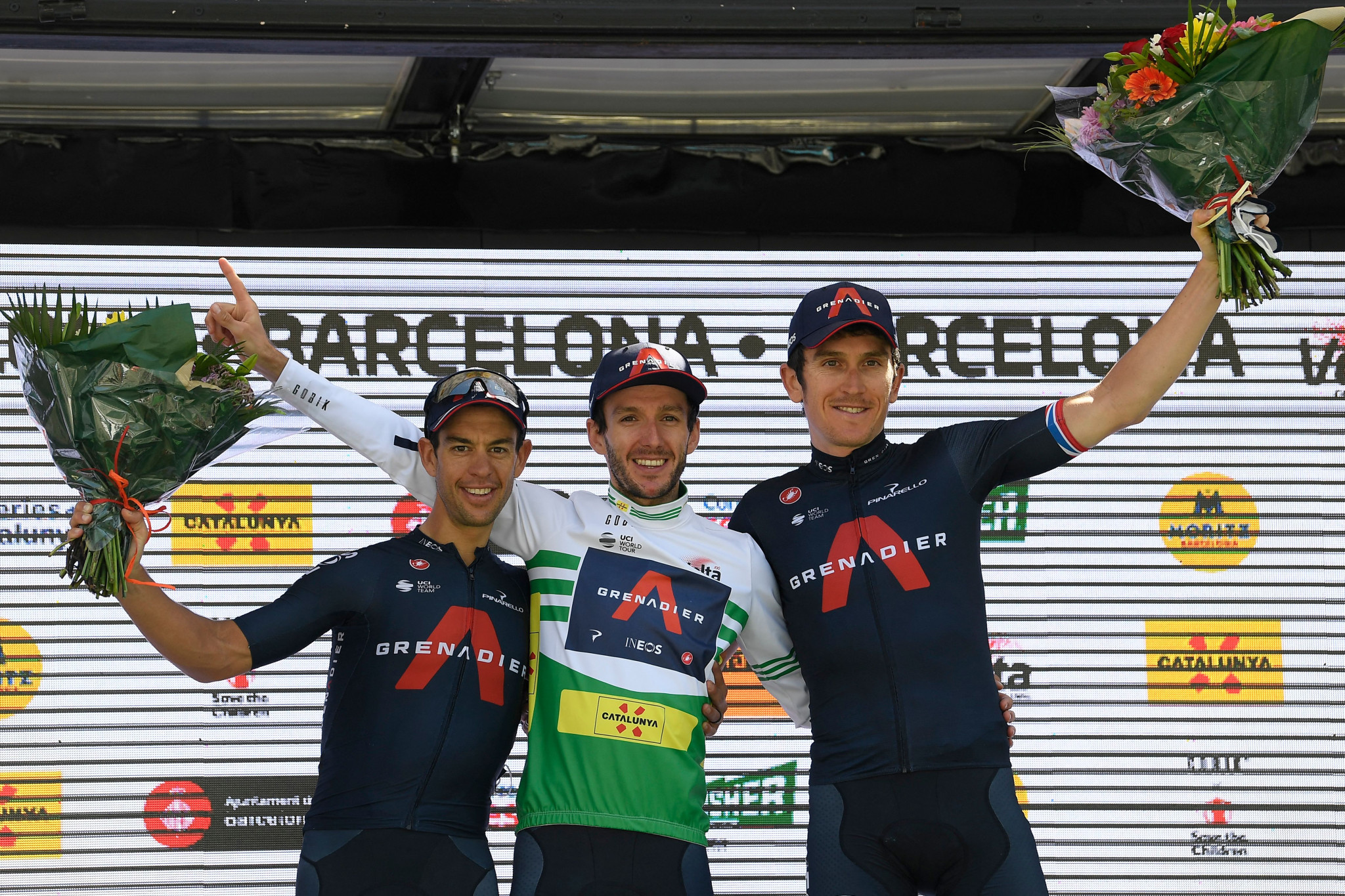 Britain’s Adam Yates led an Ineos Grenadiers podium clean sweep at the Volta a Catalunya as Thomas De Gendt won the final stage of the race in Barcelona.

Yates held a 45-second cushion over team mate Richie Porte of Australia heading into the final stage, with Britain’s Geraint Thomas a further four seconds back.

The trio enjoyed a comfortable final day, as they finished in the general classification group at the end of the 133-kilometre stage, which started and finished in Barcelona.

The result gave Yates his first victory since joining Ineos Grenadiers, with the British-registered squad becoming the first to earn a clean sweep at the stage race since 1960.

A breakaway group of more 30 riders were able to move clear during the closing stage.

De Gendt and Slovenia’s Matej Mohorič attacked out of the group with 40km of racing remaining.

The duo remained clear and went head-to-head for the stage victory.

De Gendt opted to attack his breakaway companion with 5km remaining, as they completed the final climb of the day.

The Belgian rider pulled clear to secure the fifth Volta a Catalunya stage win of his career in a time of 3 hours 6min 10sec.

Mohorič was left settling for second place, ending 22 seconds off the leader.

The race was not held last year due to the COVID-19 pandemic.