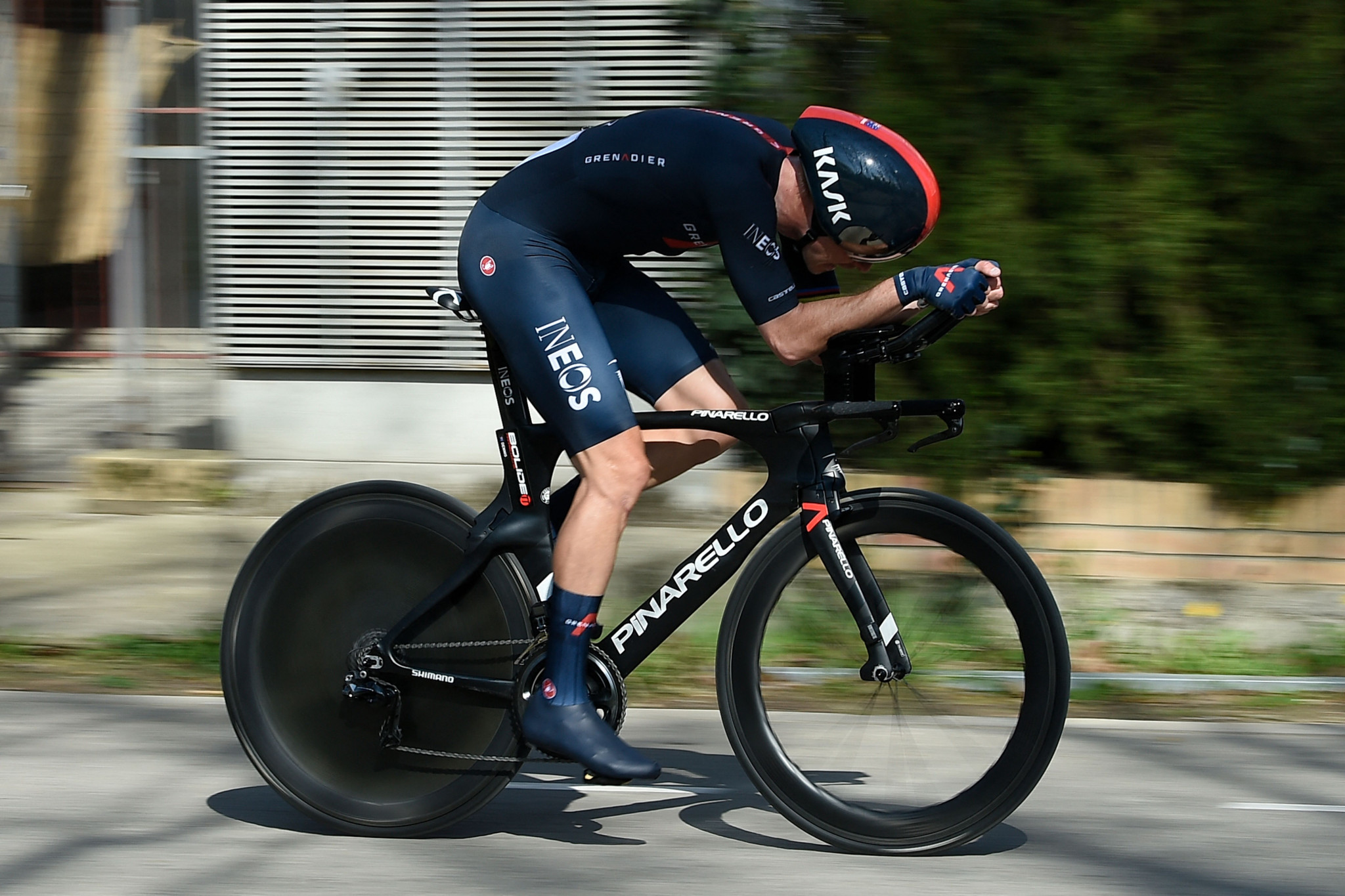 Ineos Grenadiers’ Dennis completed the course in a time of 22min, 27sec, after impressively tackling the rolling terrain, which ended with a challenging downhill section.

The effort gave Dennis his first victory in an individual time trial since he claimed the world title in the discipline during 2019.

Cavagna’s team-mate Almeida rounded off the top three on the stage, ending 28 seconds down on Dennis’ time.

The Portuguese rider, who led the Giro d’Italia for 15 days last year, tops the general classification on countback due to being on the same time as McNulty.

Spain’s Luis Leon Sanchez is third at three seconds down, with the Netherlands’ Steven Kruijswijk five behind the leaders.

They are followed by Australia’s Richie Porte and Britain’s Adam Yates at six and seven seconds down, with the Ineos Grenadiers riders joined in the top 10 by Geraint Thomas, who is 19 seconds off the race lead.

The race, which features on the International Cycling Union WorldTour circuit, will continue tomorrow with a 203km mountain stage from Canal Olímpic de Catalunya to Vallter 2000.