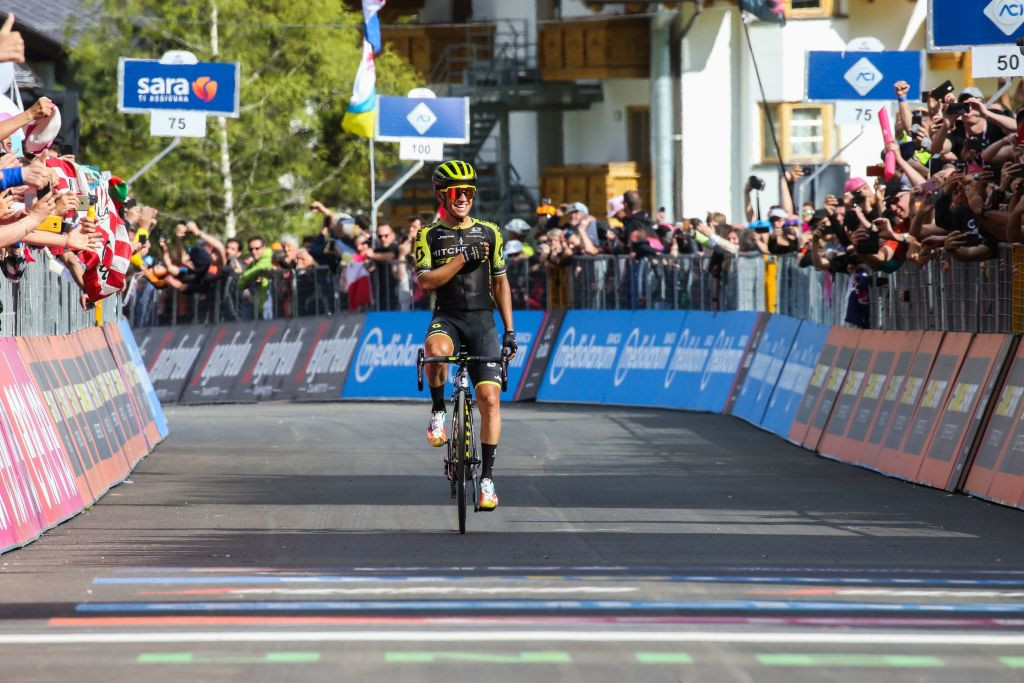 The Colombian Team BikeExchange rider claimed a well-deserved stage four victory at Porte Aine after attacking with just under seven kilometres to go on the final climb.

Despite the efforts of Yates and his fellow Team Ineos riders to reel him in, Chaves hung on to earn his team’s first European win of the 2021 season and his own first win since 2019.

Michael Woods, riding for Israel Start-Up Nation, finished second with Geraint Thomas of Ineos Grenadiers, whose team mate Yates finished one place behind in the lead chase group to maintain his lead in the general classification with a time of 14hr 14min and 15sec.

Yates’s team mates Richie Porte and Thomas are second and third, respectively, at 45 and 49 seconds.

Movistar’s Alejandro Valverde is the first non-Ineos rider in the general classification as he sits fourth at 1:03, while Chaves' efforts have moved him up to sixth at 1:04 behind Yates.

Chaves, a climbing specialist, established a 26-second lead over the chasing group at one stage and although this was reduced to 15 seconds inside the final 1500 metres, he could not be caught.

"I've never started a season feeling so good and winning like this.

"I knew the roads.

"I live in Andorra and I knew it was a very hard stage.

"I wanted to try something.

"I had nothing to lose and a lot to gain."

The riders are set to tackle stage five, a 201.1 kilometres run from La Pobla de Segur to Manresa, tomorrow.