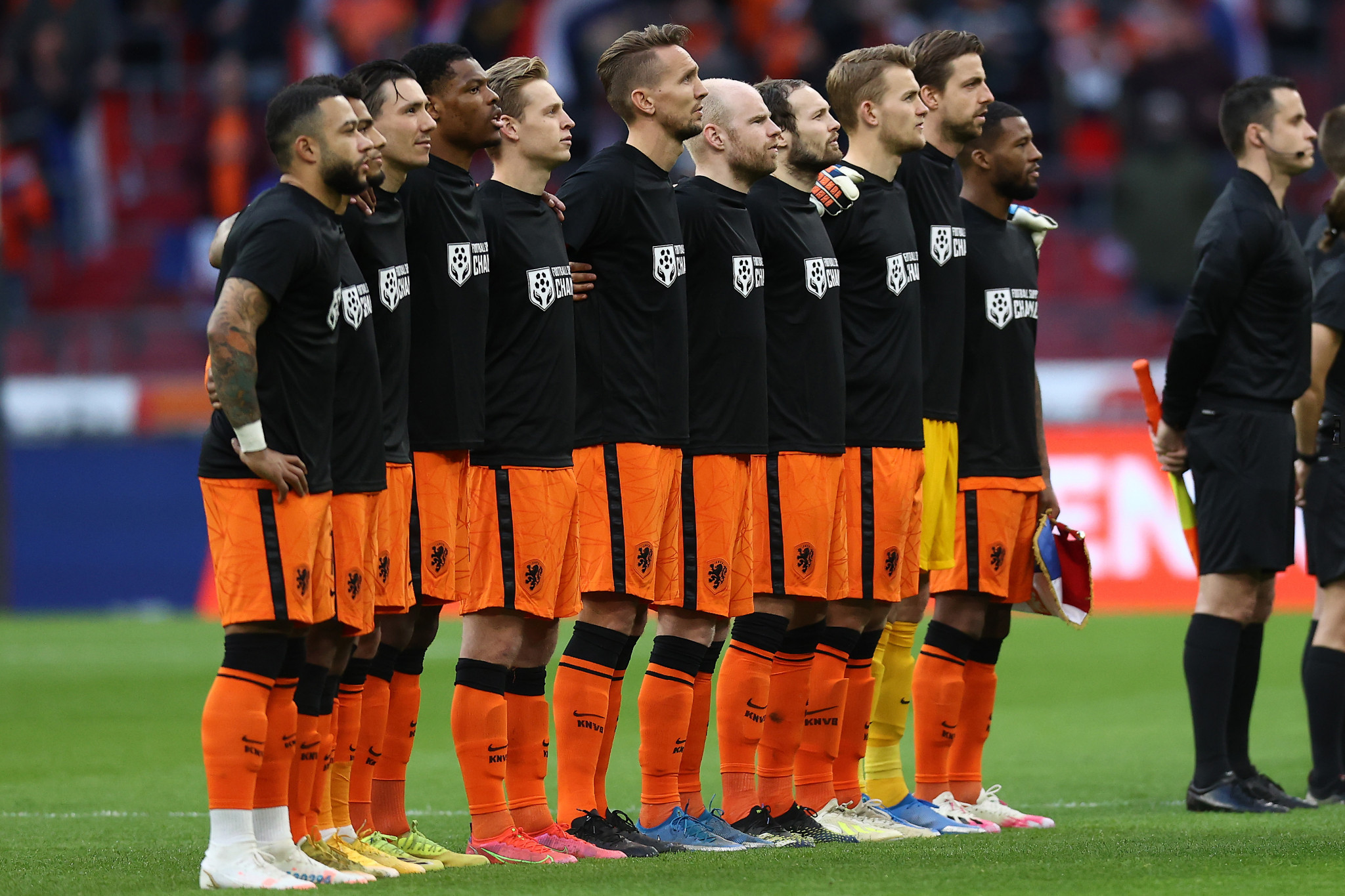 The Netherlands, Germany and Norway protested against human rights abuses in host nation Qatar ahead of their FIFA World Cup qualifiers.

Players from the three European nations all wore shirts to voice their concerns over the treatment of migrant workers as pressure builds on Qatari authorities.

The Dutch team lined up before yesterday's meeting with Latvia with "Football Supports Change" emblazoned on their tops.

"Human rights, on and off the pitch" was displayed on t-shirts worn by Norway's players ahead of their recent matches against Gibraltar and Turkey.

Germany have also pledged their support with 11 players wearing black tops with white lettering joining together to spell out "HUMAN RIGHTS" before facing Iceland.

More protests are expected to follow with Denmark poised to make a stand against Moldova today while England's players are also considering adding their voices as the campaign gathers momentum.

Amnesty International recently wrote a letter to FIFA, calling on them to take "urgent and concrete action" and "use the full extent of its influence" to ensure Qatari authorities fulfil a programme of labour reforms prior to the World Cup.

The human rights organisation claims its research shows that thousands of migrant workers are still exploited and abused as World Cup organisers aim to build seven new stadiums for the tournament.

"We know that the workers who are building the stadiums for the 2022 World Cup are working under very difficult conditions," said de Ligt in a report by AFP.

"We cannot remain indifferent to it and do nothing.

"In the coming weeks, we will also work with [players] unions from other countries to discuss joint action."

"It will be more effective through collective action which brings together different countries rather than by acting individually."

Campaigners in Norway and Denmark are calling for their national teams to pull out of the World Cup, should they qualify, because of the human rights concerns.

"Qatar has initiated several reforms, and there has been visible progress made - although there is still a ways to go - which a boycott could potentially undo," said DFB President Fritz Keller.

"I would have hoped to push for concrete changes, and to have those implemented before awarding the World Cup to a country like Qatar, where there are several things that still need to change.

"Instead, Qatar were awarded the World Cup as a kind of leap of faith, in the hope that it would help bring improvements."

On-field political statements have previously resulted in players receiving fines, but FIFA said no action would be taken in response to Norway's protest against Gibraltar last week.

"FIFA believes in the freedom of speech, and in the power of football as a force for good," a statement from FIFA read.

"No disciplinary proceedings in relation to this matter will be opened by FIFA."

According to an investigation by The Guardian which was reported last month, 6,500 workers have died in Qatar over the past 11 years.

Amnesty International believes FIFA must carry out its own independent and regular monitoring of World Cup projects and venues, while conducting due diligence to identify and prevent any human rights abuses associated with the tournament.

In response to Amnesty International's letter, the Qatari Government told AFP "progress is being made as quickly as possible while ensuring it is appropriate for our labour market".

Reuters quoted a "representative of the Qatari World Cup organisers" who said: "Since construction (of stadiums) began in 2014, there have been three work-related fatalities and 35 non-work-related deaths.

"The SC has investigated each case, learning lessons to avoid any repeat in the future."