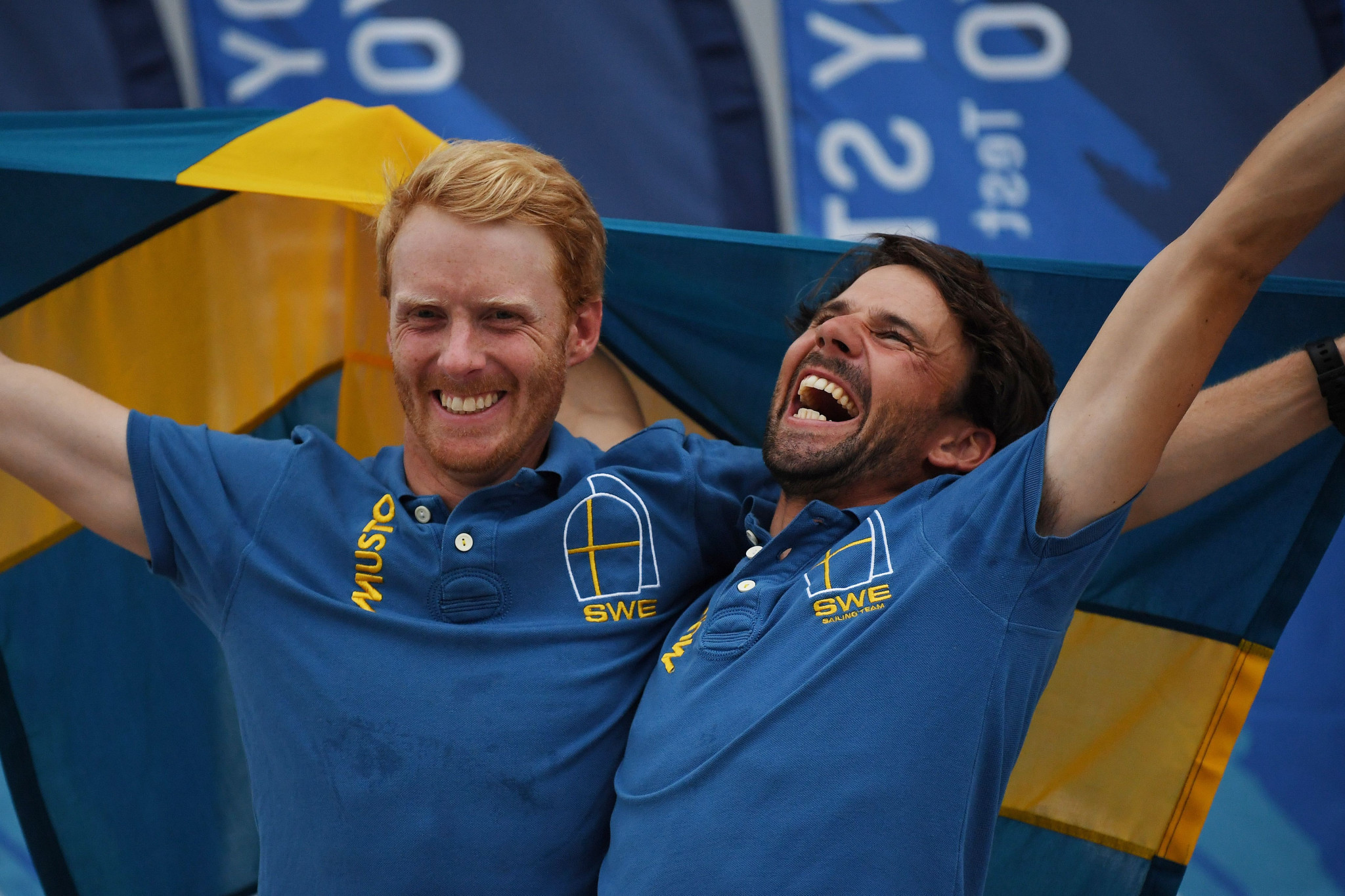 Swedish duo Anton Dahlberg and Fredrik Bergström sealed the men's title on the final day of the 470 World Championship in Vilamoura in Portugal.

The 2017 world silver medallists won the gold medal with a third place finish to score 52.

With just one medal race, all points from this round were double weighted.

Despite a difficult final round where they finished eighth, Portugal's Diogo Costa and Pedro Costa secured the silver medal with a net total of 73.

Spain's Jordi Xammar and Nicolas Rodriguez were the closest threats to that silver medal, but their seventh place finish was not enough to catch the Portuguese pair, finishing on 78 points.

Pavel Sozykin and Denis Gribanov of the Russian Yachting Federation were fourth on 80 and the United States' Stuart McNay and David Hughes finished fifth on 92.

Hungary's Balazs Gyapjas and Zsombor Gyapjas won the medal race, moving them up to eighth in the overall standings.

In the women's race, Spain's Silvia Mas Depares and Patricia Cantero Reina held onto the gold medal by a single point after finishing fourth in the final round.

Italians Elena Berta and Bianca Caruso finished fifth in the medal race to secure the bronze medal on a total of 84.

France's Camille Lecointre and Aloise Retornaz recovered from a difficult couple of days to win the medal race, moving them back into first place, overtaking Britain's defending champions Hannah Mills and Eilidh McIntyre who finished seventh, bringing their total to 94 points.

In the mixed class, Israel finished one and two, with Gil Cohen and Noam Homri taking gold by 24 points following their second place finish.

With a net total of 55, the pair finished ahead of compatriots Tal Sade and Noa Lasry, who ended with a score of 79 after finishing third today.

Their performance saw them jump from fifth to second with other medal contenders struggling today.

Britain's Amy Seabright and James Taylor finished sixth, enough to take the bronze medal ahead of Italy's Maria Vittoria Marchesini and Bruno Festo in fourth, with both teams ending on 80 points, but the British duo had two wins among their results.

Britain's Freya Black and Marcus Tressler dropped off the podium having finished eighth, ending on 82 points in fifth overall.