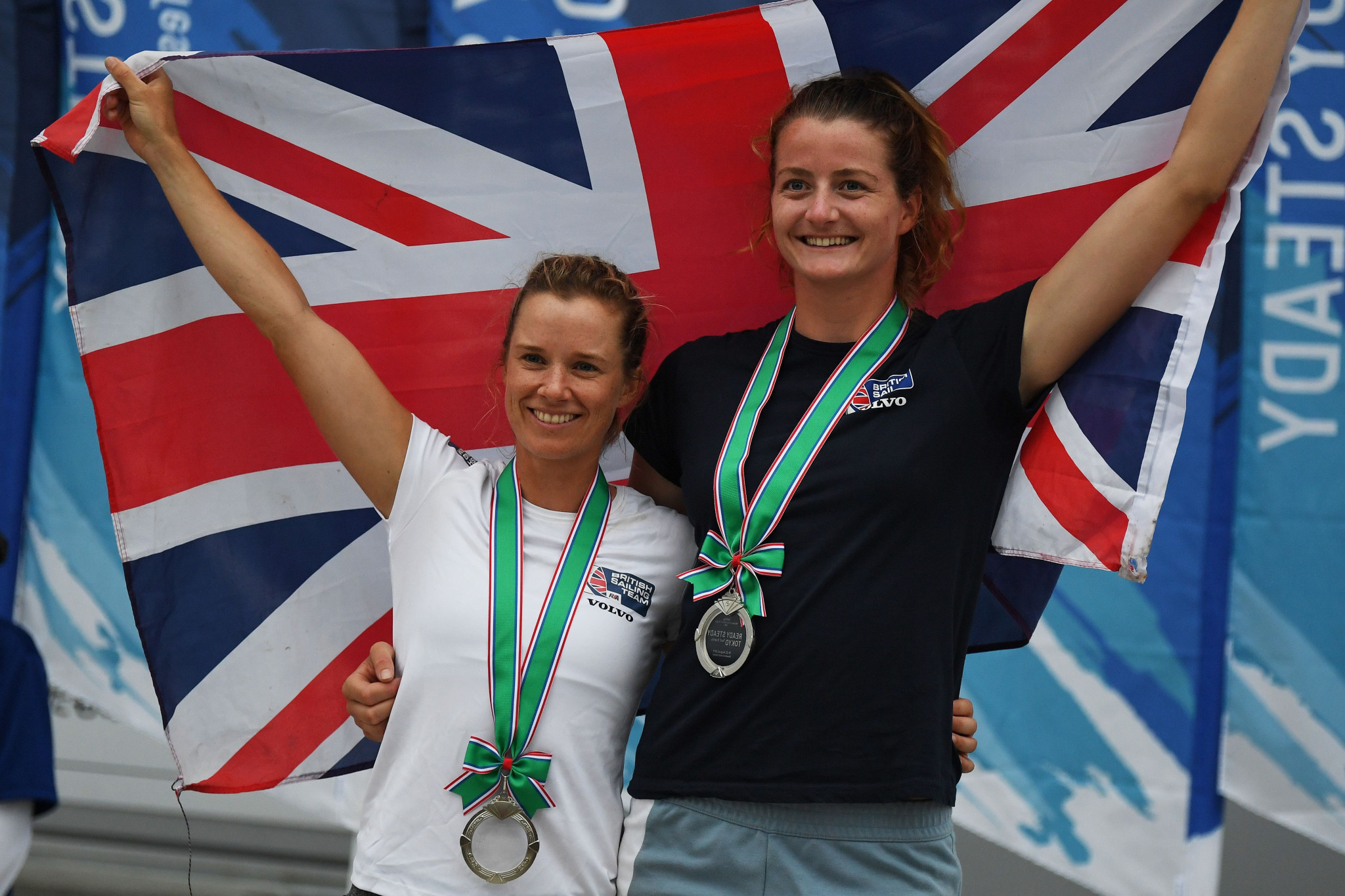 Britain's Hannah Mills and Eilidh McIntyre will bid to retain their 470 World Championship title when this year's competition gets underway in Vilamoura in Portugal.

Mills and McIntyre will compete for the first time since August 2019, when they finished second at the Olympic test event at the Tokyo 2020 sailing venue in Enoshima.

They had clinched their first 470 world title as a pair just two weeks prior.

The COVID-19 pandemic has prevented any 470 racing from taking place since, with Mills and McIntyre spending their time training in Weymouth and Portland in the United Kingdom and Lanzarote in Spain.

Postponed competitions included the sailing event at Tokyo 2020, with the Olympics in the Japanese capital scheduled to run from July 23 to August 8.

Mills claimed the 470 World Championships, which starts tomorrow and runs until March 13, would be good preparation for the Games.

"With only five months to go until the Olympic Games, this regatta is a huge opportunity for us," she said.

"It will be the first event in over 18 months where we will have pressure to perform and those experiences in the build-up to the Games are crucial.

"The event is a little different to other pre-Olympic World Championships because we don’t know as much about our competitors as we normally would.

"Many we haven’t seen or raced against them for over a year.

"As much as it is about us and our performance, it’s also about evaluating everyone else and where there have been any gains that we haven’t necessarily predicted, or new teams emerging who could now be a new rival at the Games."

The men's event will be missing defending champions Mathew Belcher and Will Ryan of Australia, who were unable to travel to Portugal due to the restrictions in place during the COVID-19 pandemic.

This year's men and women's 470 World Championships are set to double up as European qualifiers for Tokyo 2020.

Competition is also scheduled to take place in the mixed fleet, the new format for the 470 class at the Paris 2024 Olympics.

Strict COVID-19 protocol is set to be implemented during the event.

Organisers have announced an agreement with Loulé Hospital which will allow sailors, coaches and team managers to be fast-tracked if they have any health issues.