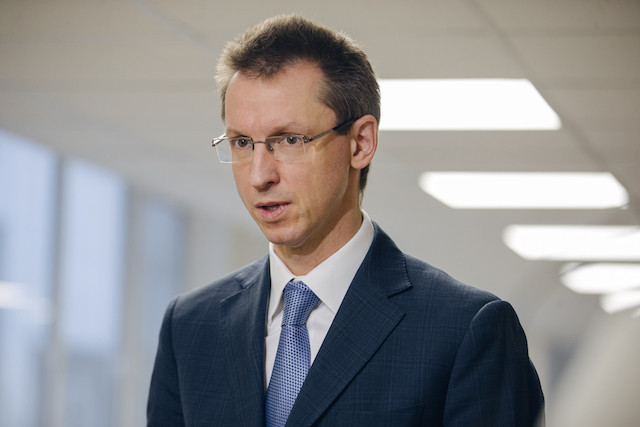 Peter Ivanov has been forced to resign as President of the Russian Athletics Federation (RusAF) after less than three months in the role because of the Court of Arbitration for Sport (CAS) decision in the country's case against the World Anti-Doping Agency (WADA).

Those appointed to Boards and Committees "of any WADA Code signatory (or its members) or association of signatories" prior to the CAS ruling - such as Ivanov - are bound to leave their roles by the verdict.

Ivanov, elected RusAF President on November 30, was appointed deputy head of the Federal Antimonopoly Service in Russia, which is responsible for the execution of the antitrust law and related areas, in January.

He has "temporarily" vacated his position as head of the RusAF and has been replaced by first vice-president and Sydney 2000 Olympic 400 metres hurdles gold medallist Irina Privalova, with a view to returning once the sanctions have expired.

Ivanov's resignation marks the latest crisis for the RusAF, which remains suspended from World Athletics as punishment for the state-sponsored doping scandal.

World Athletics offered RusAF hope in December, telling the troubled body its reinstatement process could begin as soon as March if its leadership fulfils its promises.

World Athletics has given the RusAF until March 1 to present it body with a reinstatement plan.

Privalova, believed to be the first top-level Russian athlete to lead the RusAF, promised the change in leadership would not impact its readmission bid.

"I am ready to take the post, I will continue the chosen course, cooperate with the working group, and I hope that we will succeed," Privalova, the third RusAF President in less than a year, told Russia's official state news agency TASS.

"I think that the state of RusAF is better than it was three or four months or a year ago.

"There have been positive steps, it seems to me that there is light at the end of the tunnel, of course there is hope for recovery."

World Athletics thanked Ivanov, who held talks with the organisation and its Russian taskforce shortly after his election, for his work during his short tenure as President.

"World Athletics strives to strictly adhere to the letter and spirit of the CAS decision, as a result of which Mr. Ivanov resigned from the post of President of ARAF and from the Presidium of the organisation," World Athletics told TASS.

"This includes the resignation of all duties and positions in any management structure, management or board of trustees.

"We are grateful to Mr. Ivanov for the work he has done with his team and our international experts on the ARAF recovery plan, and we are confident that this good work will continue."

RusAF was first suspended by the International Association of Athletics Federations - since rebranded as World Athletics - in November 2015 following allegations of state-sponsored doping.

The suspension has since been extended 15 times.

RusAF came close to being expelled permanently in September after it emerged there had been an attempt by the former leadership of the Federation, then led by Dmitry Shlyakhtin, to cover-up an anti-doping investigation into Danil Lysenko, the 2018 world indoor high jump champion.

World Athletics only decided not to expel RusAF following the late intervention of Russia's Sports Minister Oleg Matytsin, who promised that the country was committed to solving a number of issues, including an "unconditional" promise to pay an outstanding fine of $6.31 million (£4.72 million/€5.21 million) by August 15.