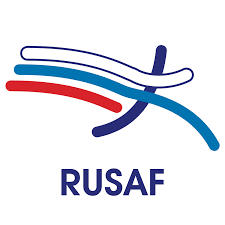 Members of the Russian Athletics Federation (RusAF) are set to elect their second permanent President in nine months when five candidates contest the crucial vote tomorrow.

Oleg Kurbatov, the head of the regional athletics body in Moscow who was excluded from the RusAF election in February due to non-compliance with the eligibility criteria, four-time Olympic medallist Irina Privalova and Russian Triathlon Federation chief Peter Ivanov are among those standing.

Sports manager Mikhail Gusev - who was a candidate for the post in February, before withdrawing late on - and Russian Student Athletics Championships director Andrei Shlyapnikov are the other two candidates to have been nominated.

The winner of the vote at the RusAF reporting and election conference will succeed Yevgeny Yurchenko, who was elected in February before resigning in July after the organisation missed a deadline to pay a fine to World Athletics.

There appears to be no clear favourite on the eve of the vote, likely to be closely watched by the worldwide governing body.

Margarita Pakhnotskaya, the former deputy director general of the Russian Anti-Doping Agency, has been invited to the meeting in her capacity as the independent expert of World Athletics.