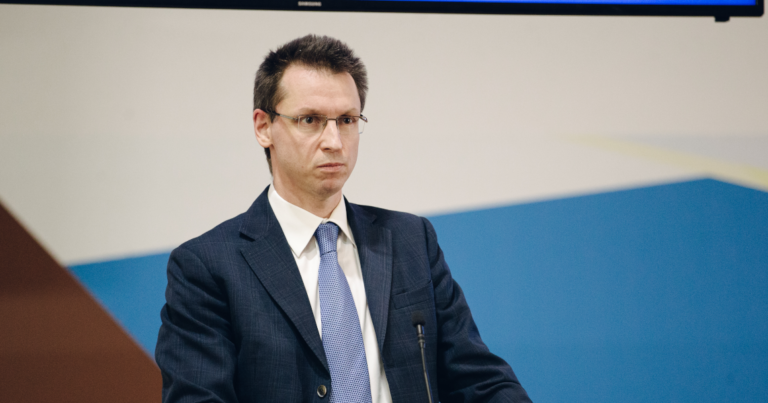 Peter Ivanov has been elected as Russian Athletics Federation (RusAF) President after a clear victory at their reporting and election conference.

Ivanov was one of five candidates standing in the election.

The field was reduced to three with the withdrawals of Russian Student Athletics Championships director Andrei Shlyapnikov and Oleg Kurbatov, the head of the regional athletics body in Moscow.

Sports manager Mikhail Gusev also stood in the election, which was conducted via a secret ballot.

Ivanov received 56 of the votes cast, while Gusev and Privalova trailed on 10 and seven respectively.

A total of 73 delegates were permitted to vote.

Ivanov is currently the head of the Russian Triathlon Federation (RTF) and director general of High-Speed Railways.

He has been RTF President since 2016, but is now set to leave the position next week.

Ivanov received a glowing endorsement from secretary general Galina Shipovalova earlier this month, who described him as "the leader with whom you want to work, and you constantly learn from him".

The new RusAF President has called for Privalova to become the organisation's vice-president.

“Despite the fact that we were opponents with other candidates, we will work together,” Ivanov said, according to Russian state news agency TASS.

“I hope that you will vote for the working presidium and those people who will enter it and enjoy your trust will be able to help organise work in preparation of programmes and measures that will take athletics to a new level both in the international arena and in Russia.

"I really hope that Irina will agree to be the first vice-president, and I hope that you will vote for her on the presidium."

He succeeds Yevgeny Yurchenko, who was elected in February before resigning in July after the organisation missed a deadline to pay a $6.31 million (£4.73 million/€5.27 million) fine to World Athletics.

RusAF, suspended since 2015 when allegations of state-sponsored doping emerged, avoided expulsion in August after the fine was eventually paid to World Athletics.

Yurchenko has given Ivanov his backing to cope with the challenges facing RusAF.

“I am sure that he will cope with the task.

“He has two main questions, firstly, it is necessary to solve the issue of financing the Athletics Federation, which is very difficult.

“Secondly, it is necessary to resolve the issue of restoring the international status of the federation, which has not been resolved for six years already.”

Margarita Pakhnotskaya, the former deputy director general of the Russian Anti-Doping Agency, was invited to the meeting in her capacity as the independent expert of World Athletics.

Pakhnotskaya has said the expert group is ready to work with RusAF's new leadership on its restoration plan.

The plan is expected to outline how RusAF will ingrain a zero-tolerance culture for doping throughout Russian athletics, including coaches and other sport personnel.

The plan should also show how RusAF will be rehabilitated to become a trusted partner for World Athletics in fighting for clean sport.

World Athletics Council meeting tomorrow is due to consider the status of the Authorised Neutral Athlete (ANA) programme, which has been suspended since March.

Should the World Athletics Council be satisfied that a meaningful plan will be put into place, applications for ANA status in 2021 may be considered by the Doping Review Board.