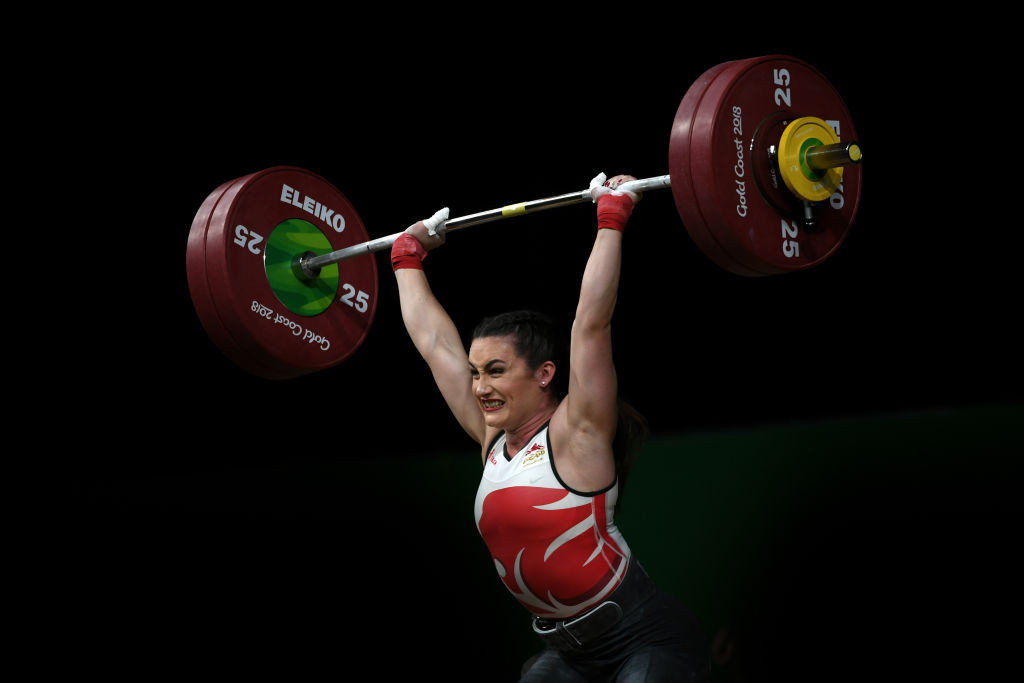 Sarah Davies says the Executive Board of the International Weightlifting Federation (IWF) is dismissive and disrespectful towards its own Athletes Commission, which she chairs.

The British weightlifter, who is on course to qualify for Tokyo 2020, also says the Board complains of "interference" from the International Olympic Committee (IOC) and its members have "had their heads in the sand" while the sport’s problems have mounted up.

Dealing with the Board is hugely stressful for Davies, she says, because "95 per cent of them don’t want an Athletes Commission".

When Davies was criticised by the 85-year-old Australian Sam Coffa at a virtual Board meeting last Friday, she responded in the strongest terms and was "the only person I’ve ever seen leaving Sam stuttering over his words", according to one onlooker.

She complains of being "shouted at and talked down to" by men from another era who resist all attempts to make the IWF a Federation fit for the 21st century.

“The way I’m spoken to is outrageous," Davies told insidethegames.

"There’s no respect for me, there is always an argument about how I was appointed chair of the Athletes Commission even though it was all done within the rules of the Constitution.

"I get shouted at every meeting, and talked down to.

"It’s always the same ones who don’t want athletes involved, the old guard who want the sport run the same way as in the past.

"That was the biggest shock for some of the athletes who joined the call for the meeting on Friday (February 5) – they got an insight into what we’re dealing with."

Because the Board has left weightlifting in such a mess, Davies believes, there will be two elections this year.

Whoever takes control in the Electoral Congress on March 26 to 27 will have to lead weightlifting through to the end of the Olympic Games before a second election takes place.

"It’s the only way forward under the current Constitution," the 28-year-old said.

This situation is a result of the Board’s much-criticised decision to hold elections before adopting a new Constitution, despite the IWF itself acknowledging that the current Constitution is not fit for purpose.

"It’s the wrong way round, the Constitution should be changed first," said Davies.

The timing has been planned by some members of the Board who are standing for re-election or higher office in March, and their supporters, in the hope that they will avoid eligibility checks, which are compulsory in the new Constitution.

It was a subject aired at Friday’s meeting by the IOC’s sports director, Kit McConnell.

According to Davies, McConnell queried the number of existing Board members who were nominated and told the Board flatly that "things need to be fixed or you’re out of the Olympics".

"The IOC was so blunt that it made me a bit more optimistic about the future,” said Davies.

"The way it was told, there was no grey area.

"Board members who have been on the fence, who have been easily swayed previously maybe have seen the light a little bit, they may have woken up to the reality.

"We have to see what comes out in next few days, in terms of nominations for the elections."

The list of candidates for President, vice-presidents and positions on the Board has been kept secret by the IWF for two weeks, despite the fact that those Board members who are standing know the names on it and have an advantage over their rivals.

"We need to see a list of nominations for elections and some information on who each candidate is so people can make educated decisions," said Davies.

"It’s important that people are aware of candidates’ background, not just who they are now but who they have been and what they’ve been involved in.

"There’s a lot of people on the Executive Board now who, in my opinion, would bring the IWF into disrepute with the IOC if they were re-nominated.

"We have to be very careful who is put forward for the board because we are under such close scrutiny from the IOC.

"Publishing that list is the priority, along with a timeline of what happens and when."

Davies set up a petition calling for the entire board to resign last October, a few weeks after being appointed when the Commission was created by the IWF’s former Interim President, Ursula Papandrea.

When Papandrea was ousted by the Board, having attempted to reform the IWF’s governance with the IOC’s backing, Davies and seven other athletes started the petition.

The same view, that the whole Board should go, was expressed by her National Federation, British Weight Lifting, as well as the governing bodies of the sport in Germany, France, the United States and elsewhere.

The petition had more than 13,000 signatures when Davies presented it to the IOC President, Thomas Bach, who has been repeatedly critical of the IWF’s governance over the past four months and has highlighted its failure to give athletes a voice as a strong concern.

Davies is encouraged by the support she is given by the IOC Athletes' Commission, including a mentor who is helping her to plot a way through the current problems with the IWF Board.

She said she had no support whatsoever from the IWF Board, on which she sits as an observer but does not have a vote or, unlike other members, any financial help to compensate her heavy workload.

Athletes across the world have little or no say in which way their Federation will vote in the elections, she said, and far too many delegates vote "in their own best interests or for their mates, not in their athletes’ best interests".

She was "proud to be a member of British Weight Lifting for the past six months because of the stance it has taken".

On Friday, Davies said, the Board "went round in circles" after McConnell left the meeting and made few meaningful decisions.

"There were a lot of high emotions from Board members, and one of them said 'the IOC needs to stop interfering with what’s going on.’

"Can you believe that?

"The IOC has to interfere, it’s doing it’s job."