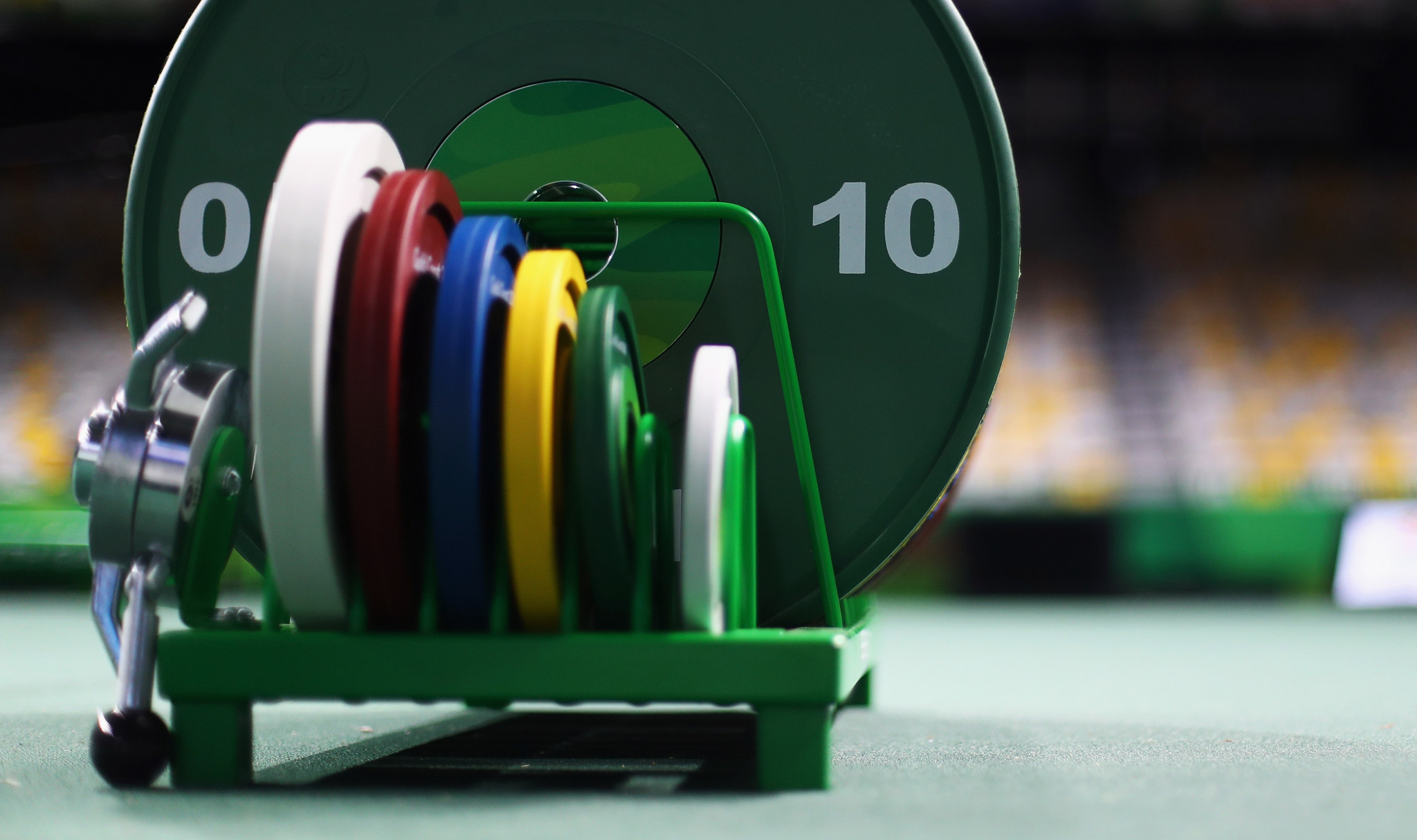 One official from Fiji said the Pacific island nations were being treated as "performing idiots" and, by being required to vote by email, "would be denied a secret ballot which is the cornerstone of a fair election".

Another from Samoa said there was a "risk of mistrust and questionable practices" at a time when "we all know about the IOC’s [International Olympic Committee] concerns over issues of questionable governance and transparency".

Paul Coffa, general secretary of the OWF, denied accusations of poor governance and said there was no intention to give anybody from the IWF a platform.

"It is a pity that politics and mistrust is getting involved with the OWF," Coffa told insidethegames.

"Never before has this happened.

"The OWF has a brilliant record in promoting the sport, in anti-doping - 14 years without any violations - credibility, and transparency."

Coffa wrote to member federations last week to outline plans for OWF elections to be held by email, over three days.

The proposed date is "by the end of February", two months earlier than previously listed, and about a month before the IWF elections.

The alternative would be to delay the elections, which are already nearly a year overdue because of the coronavirus pandemic, "until such time as we can all meet and have the electoral congress face to face".

Coffa said an OWF Board meeting, which was also attended by the IWF general secretary Mohamed Jaloud and vice-president Nicu Vlad, decided unanimously to propose that the Oceania elections be conducted by email.

Delegates’ votes would be emailed directly to three scrutineers - Andrew Minogue, chief executive of the Pacific Games Council and vice-chair of the IWF’s Independent Disciplinary and Ethics Commission, Jaloud, and Jose Quinones, an IWF Board member and president of the Pan American Weightlifting Federation.

Jaloud is a candidate in the IWF elections, which are due to be held on March 26-27, as is Vlad.

Quinones has an IWF Board seat as President of a continental federation.

Coffa’s brother, Sam, 85, who is President of the Australian Weightlifting Federation, sits on the IWF Board and is believed to be another election candidate.

The proposed involvement of IWF electoral candidates in Oceania’s procedures was seen as unethical by several member federations.

Coffa said, "It was simply a recommendation.

"Obviously as we see there is quite a bit of non-trust in these individuals by some member countries, so we have reviewed this and will be recommending to the Executive Board that we utilise an independent company to conduct the elections.

"And we will investigate with them as to whether it can be done by both email and online in order to ensure that every Pacific country is given equal opportunity to cast their vote in a democratic and secure manner."

Fiji, Samoa, Tonga and Marshall Islands have all opposed the plan to vote by email, and other federations among the OWF’s 22 members are believed to be against the idea.

Coffa said, "So far we have received replies from more countries who are in favour to vote by email."

The elections could yet be delayed until whenever the Oceania Championships take place in Nauru, probably after the Olympic Games which are due to be in late July and early August.

The unhappy federations also complained of poor governance at the OWF, which has planned to hold the elections without first dealing with other business.

"The annual report and audited financial statements as well as other information as requested through properly filed motions for the Congress must be presented and be open to scrutiny by the delegates, before the elections," said Atma Maharaj of Weightlifting Fiji.

"The candidates for the incoming Executive Board, including those responsible for the affairs of the OWF for the past several years, must be fully scrutinised before the vote can take place.

"There is a considerable degree of anger in Oceania that our membership are being taken as the IWF and OWF’s performing idiots, who can be brought out of our box when required to tick a ballot or two, and then returned.

"There is zero appetite for the OWF Congress and its elections to be allowed to be used as a platform, by any individual or groups for their own personal gain or advantage towards their own candidature for the IWF elections.

"A huge governance and integrity issue is confidentiality.

"Elections should be made by secret vote, but - according to the proposal - members shall send their votes by mail to IWF officials who might be candidates or political allies of Oceania officials, which is ridiculous."

Maharaj, life member and former President of Weightlifting Fiji, has been delegated to oversee governance matters relating to the IWF and OWF.

"There has been no explanation why this is happening," he added.

"It’s not clear to us why the OWF would even have a meeting with IWF officials regarding an alternative proposal [to an online Congress]."

Coffa said, "The invitation to these IWF officials to attend the meeting was not for them to use it as a platform for their own personal gains."

Jaloud, Vlad and Sam Coffa had been invited to the past two OWF Board meetings "basically for the Board to get information first-hand in relation to the Olympic Games and qualification events, and pertaining to the Commonwealth Games, in order for the OWF to be updated as to exactly what is happening".

Vlad and Sam Coffa are joint technical delegates for weightlifting at Tokyo 2020.

Maharaj said any discussions on the format of the overdue Congress, which should have taken place last April, was a matter only for Oceania’s member federations.

"It alarms me because there is the grave possibility that some of those attending may have major conflicts of interest."

Jerry Wallwork, President of the Samoa Weightlifting Federation, said in his reply to Coffa’s letter, "We all know about the IOC’s concerns over issues of questionable governance and transparency.

"And yet, we are now proposing to bring in further risk of mistrust and questionable practices that would result in future discord and instability in our region.

"With all due respect, the panel you have recommended as scrutineers should have no affiliation or association with any office holders or members, that may taint or affect the carriage of justice and fairness."

He said the scrutineers "must be clear of any perceived conflict of interest".

Wallwork said the OWF Board was clearly "incompetent”" as it had failed to organise an online Congress, as it was prompted to do by member federations over the past six months.

Michael Bloomfield, president of the Tonga Weightlifting Federation, said the proposed email election was “neither transparent nor independent in fact or in appearance".

Coffa’s letter said that a virtual meeting would not work because of connectivity problems in some of the world’s most remote nations, a view countered by Terry Sasser, secretary general of the Marshall Islands Weightlifting Federation and its National Olympic Committee.

Sasser, who coached his daughter Mattie - now a United States lifter - at the Rio 2016 Olympic Games, said virtual platforms had been used "with great success" for a three-day meeting of National Olympic Committees, and by a number of other sports.

He added, "The world needs to see that weightlifting is addressing its governance and transparency issues."

Sasser said the OWF should appoint independent scrutineers, which it will now do, and that the first step towards transparency should be giving national federations the chance to voice their opinion during a virtual meeting, not by email.

Della Shaw-Elder, President of Weightlifting Fiji, said that no votes should be taken until an annual report and audited financial statements had been circulated to all members.

"We must know if we are voting for credible candidates," she said.

Coffa, who has been elected unopposed as general secretary since he first took the role in 1992, said, "Especially in the last 12 months, so many new projects have been implemented in our region… There has been more money injected in 2020 than ever before.

"And most important, Oceania has been praised by the IWF for having come up with so many initiatives - including praise from those same people who are complaining now.

"Annual reports and audited financial statements have always been presented and adopted.

"Today the OWF has never been in a better financial position since its inception back in 1980.

"And no-one has been a full-time paid employee of the OWF working in the office - everything has been done on a voluntary basis."

Coffa has coached hundreds of medallists in international competition since he set up the Oceania Weightlifting Institute in Nauru in the 1990s.

"In 1994 when I moved to Nauru, there were only a few lifters scattered across the Pacific islands.

"And at no cost to them I spent 26 years of my life developing weightlifting in the Pacific and their lifters have won many, many medals.

"Now that the sport is booming and has very strong Pacific island contenders on the international platform, we are all of a sudden incompetent?"

On the subject of the format for voting, Coffa said, "Last year indeed one or two countries questioned whether the OWF should have its elections online, and we responded by saying that we know there are difficulties with some of the member federations and their access to good internet signals.

"The board is not arrogant and it does take notice of those member countries who experience these difficulties.

"Online virtual is very difficult, as quite a few countries will not be able to either link in or stay on.

"We have experienced this quite a few times, with our online tournaments and even our own executive board meetings."

Neither Marcus Stephen, President of the OWF and an IWF Board member, nor Minogue, who was not contactable until after the change of plan involving scrutineers, wished to comment.