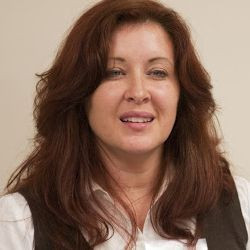 Ursula Papandrea, who was ousted as Interim President by the International Weightlifting Federation (IWF) Executive Board and is running for the permanent Presidency in the forthcoming elections, has raised strong concerns about the eligibility of some of her rivals.

The American has written to the current IWF Interim President Mike Irani and the entire Board to "implore the Board to put the IWF's Olympic status and all clean athletes above politics".

Her letter, timed to arrive before a crucial Board meeting today, said all election candidates should volunteer to undergo vetting by an ethics expert backed by the most senior bodies in the Olympic Movement.

Papandrea, a campaigner for reform of the troubled governing body, put herself forward as the first volunteer for vetting by a specially appointed ethics officer who "should be recommended by the International Olympic Committee (IOC) or Association of Summer Olympics International Federations".

The IOC has expressed its own deep concerns about the IWF's governance, its unannounced anti-doping rule changes, its lack of athlete representation, and its reluctance or refusal or accept independent advice.

Eligibility of candidates is believed to be another concern of the IOC, which is represented by a senior director at today’s virtual meeting.

The elections, scheduled for March 26 to 27, are being conducted under the rules of the existing Constitution which, by the IWF’s own admission, needs "complete revision" to meet targets suggested by the IOC.

The new Constitution will not be adopted, however, until after the elections.

Many National Federations, including China, Britain, the US, Germany and France, have voiced strong concerns about this.

"How can you have elections before a new Constitution is in place?” said Ashley Metcalfe, chief executive of British Weight Lifting.

"I cannot believe there is such a lack of understanding."

The IWF Athletes Commission is also believed to be very interested in today’s proceedings and Papandrea’s letter.

Britain’s Sarah Davies, chair of the Commission, said the Board was "corrupt" and with seven other athletes she started a petition in October calling for the Board to stand down.

After it was signed by 13,425 people she presented it to Thomas Bach, the IOC president who has publicly criticised the IWF four times in four months, either personally or via IOC statements.

In Papandrea’s letter to the Board, which was also sent to insidethegames, she raises her concerns over "decisions that have put weightlifting's Olympic status at an even higher risk than it was in December 2020, when the quota for 2024 was reduced to 120".

"The IOC warnings have been clear, and yet the IWF Executive Board continues to take unnecessary risks with the Olympic futures of thousands of clean athletes worldwide," she adds.

Papandrea said the Board should "immediately rescind" its adopted version of Article 12 in its new anti-doping rules, which weakens the IWF’s against nations with multiple violations.

That version should be replaced with the one drawn up by the International Testing Agency (ITA), which oversees all anti-doping procedures for the IWF but whose advice was ignored in this instance.

The ITA version was rejected by the Board at a meeting in September when Papandrea, who backed the ITA, was still in office.

She cited that decision in her letter of resignation from the board in October.

On vetting of candidates, Papandrea wrote: "As the Constitutional Congress has been moved after the elections and there are currently no electoral changes being adopted prior to elections, all candidates should volunteer for vetting by an IOC- or ASOIF-appointed or recommended ethics officer.

"I am volunteering myself for vetting by any IOC- or ASOIF- appointed or recommended ethics officer and would hope all candidates would follow suit.

"Related to this, all members from the current Board should undergo vetting immediately.”

Papandrea raised the subject of conflicts of interest, suggesting a new policy should be adopted and implemented, and said a whistleblower policy should also be adopted.

She also wrote: "As a candidate in the upcoming elections, I request that the lists of candidates for all elected offices be posted immediately on the IWF website with an asterisk to note that eligibility checks are ongoing."

The IWF has refused to publish the list of candidates, which it could have done 11 days ago.

The deadline for publication is February 25.

Papandrea signed off as "ex-officio board member" by saying: "I implore the Board to put the IWF's Olympic status and all clean athletes above politics."