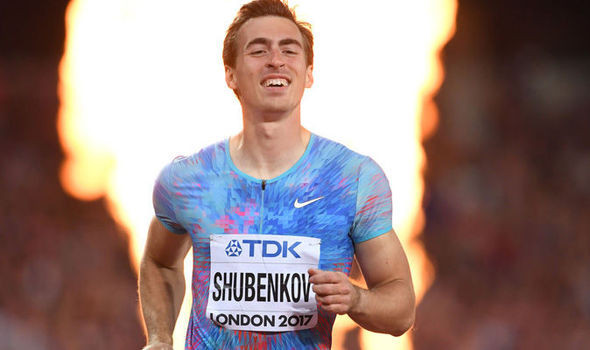 Russia’s former world 110 metres hurdles champion Sergey Shubenkov, reported by Russian media to be facing a four-year ban after testing positive for a banned substance, has strongly denied the charge and insisted he is not under any restrictions.

Russian media including Match TV and News.ru said that Shubenkov, 30, was said to have given a sample containing traces of furosemide, a diuretic used for weight control that has also been associated with use as a masking agent.

"I have expressed my attitude towards doping swindlers more than once, and it has not changed.

"All the information about the fact that I used furosemide and that it was found in the sample is blatant slander, invented by an unnamed ‘source’!

"This has never happened!

"And the news feeds cheerfully rushed to repost the stuffing, without checking where it came from.

"Well, it happens…passed…however I did receive an email from AIU (Athletics Integrity Unit)

"It’s never about furosemide at all.

"I cannot yet disclose the details of this confidential letter.

"Thanks to everyone who did not believe the ‘news’."

Shubenkov added that he was not under any restriction and was training as normal.

There is no notice of any provisional suspension involving him on the website of the Athletics Integrity Unit, which has jurisdiction over all international athletes.

News.ru reported that the Russian Sports Minister Oleg Matytsin had travelled to Shubenkov’s base at Barnaul, in Siberia, to deal with the case personally.

Meanwhile Shubenkov’s compatriot Mariya Lasitskene, the three-times world high jump champion who has, like him, been one of the few Russian athletes cleared to compete in recent years under the Authorised Neutral Athlete banner, commented on Twitter: "When I saw the news about Sergey, I just wanted to sit down and cry.

"But I want to support Sergey.

"Until it's officially proven that he's guilty of something, I refuse to believe the rumours.

"We've been through a lot to end like this."