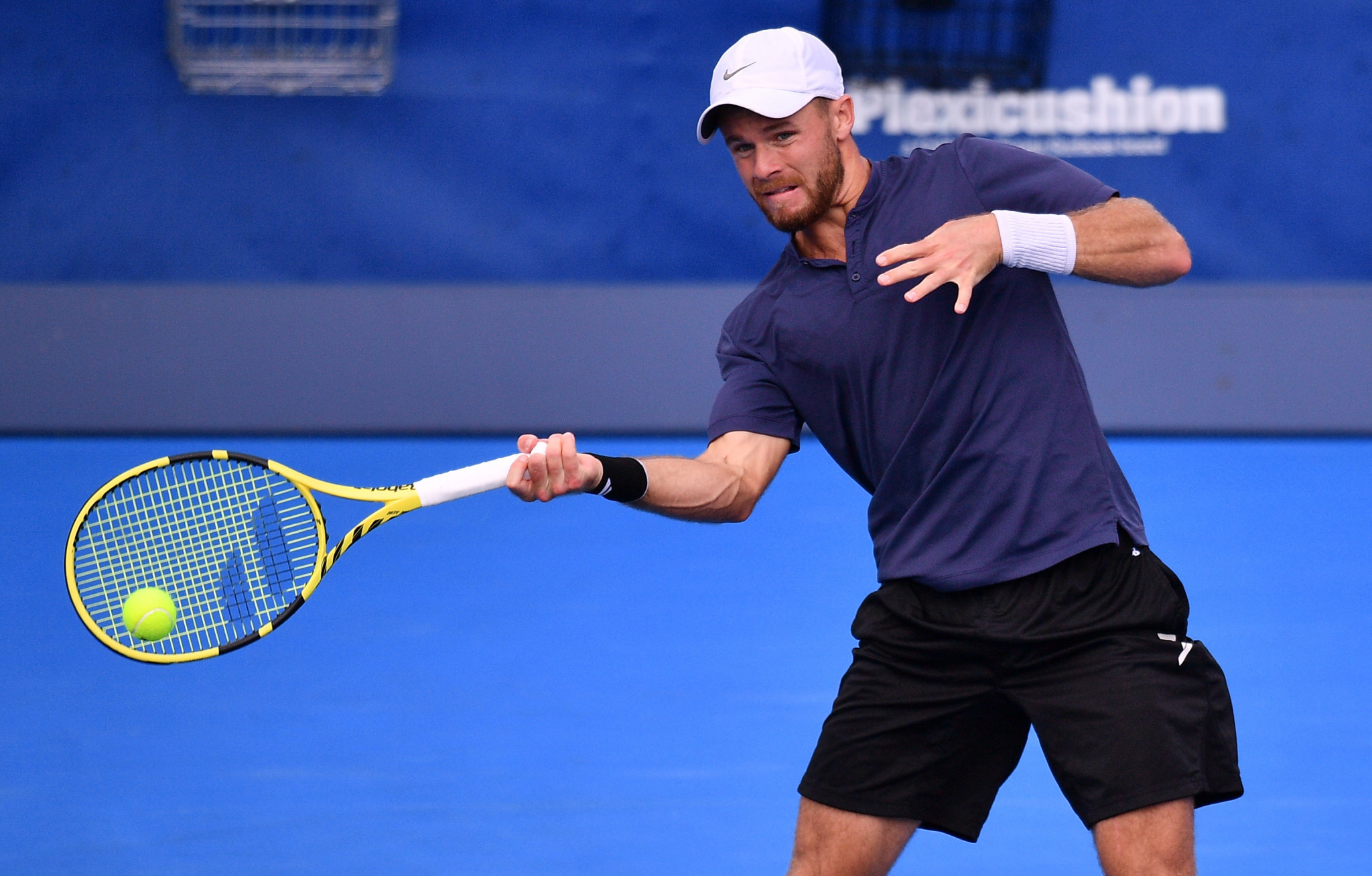 American tennis player Christian Harrison has been fined after refusing to take part in an on-court interview in protest over mask rules at the Delray Beach Open.

Harrison claimed it was "not healthy" to wear a mask for "more time than absolutely necessary" after a tough match.

The 26-year-old defeated top seed Christian Garin of Chile before declining to be interview on court, resulting in a fine of $3,000 (£2,200/€2,476) from the Association of Tennis Professionals for not fulfilling mandatory duties.

Following his quarter-final triumph, Harrison took part in an on-court interview before taking to social media to explain why he did not fulfil his media requirements after his win over Garin.

"After my second round match, I chose not to do my post match interview due to wearing a mask," wrote Harrison on Instagram.

"It's not healthy to wear a mask in the hot sun for more time than absolutely necessary after a tough match.

"I was given the impression it was optional.

Harrison added: "That night I was told it is a requirement for TV matches and I would be fined.

"When I spoke to the supervisor the following morning, I was told since I wasn't notified that it was mandatory, I could appeal the fine and it would be taken away.

"Unless something changes now, I still believe that to be true.

"I was required to do a sit-down interview after the match with the same person which I agreed to and I did not have to wear a mask for it.

"It's not about safety to wear mask for TV to talk to a microphone with no one around.

"Playing the tournaments, I'll follow whatever is required even if I don't agree with it.

"I don't support masking people for the sake of it for TV."

Harrison’s run at the Delray Beach Open was brought to an end by eventual champion Hubert Hurcacz of Hungary.

The American is the younger brother of Ryan Harrison, who has a career-high ranking of world number 40.

The United States has recorded more deaths from coronavirus than any other country in the world, with 23.4 million cases resulting in at least 389,000 fatalities.