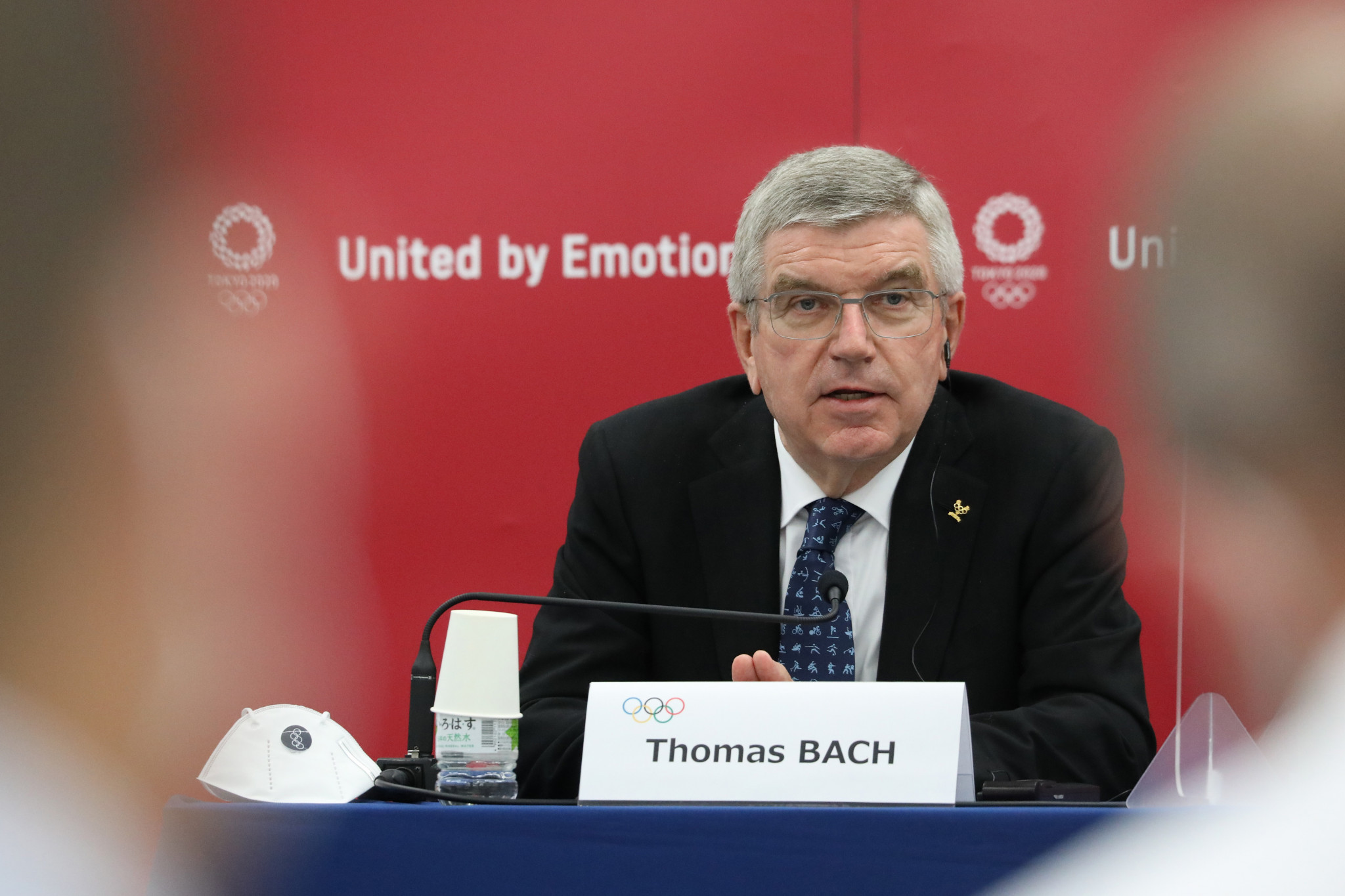 International Olympic Committee (IOC) President Thomas Bach has once again underlined the organisation's "determination" to stage the Olympics as planned in Tokyo this year and has claimed that the Olympic Movement has "strengthened the role of sport in society" amid the coronavirus crisis.

"We all will live unforgettable Games," Bach insisted in a video address to mark the start of 2021.

"These Olympic Games will be the light at the end of the tunnel.

"They will be a celebration of solidarity, of unity of humankind in all our diversity, and of resilience."

The coronavirus crisis led to the Tokyo 2020 Olympics and Paralympics being postponed by 12 months in March of last year, and there are some fears that the global health crisis could yet prevent the event from taking place as currently scheduled.

The Olympics are due to open on July 23.

Tokyo Governor Yuriko Koike warned this week the city was facing an "explosion" of infections, as it yesterday reported more than 1,000 daily cases for the first time.

Japan has shut its border to foreign travellers until at least the end of January after a new, faster-spreading variant of COVID-19 was discovered in the country, and elite athletes are no longer exempt from the travel restrictions.

However, Bach sounded a positive note in his address and praised the preparations of the Japanese capital.

"Tokyo is still the best-prepared Olympic city ever," Bach said.

"We can only thank our Japanese partners and friends for their great commitment and their determination, which is absolutely in line with our commitment and our determination to organise these Games in a safe and secure way for all the participants and to make these Olympic Games fit for the post-coronavirus world."

The Beijing 2022 Winter Olympics are due to follow less than six months after Tokyo 2020, and Bach also praised organisers in the Chinese capital.

"We see the same commitment and determination of our Chinese partners and friends, and all the Olympic venues are already ready for the best winter sports athletes of the world," the IOC President added.

Concerning the role sport plays in society, Bach cited the IOC's "#StayStrong #StayActive #StayHealthy" campaign, and in particular an online workout held on Olympic Day (June 23) which is claimed to have reached half a billion people.

A new Memorandum of Understanding between the IOC and World Health Organization and the United Nations General Assembly adopting a resolution which encourages "Member States to include sport and physical activity in recovery plans post COVID-19" were also given as evidence of sport's role in society being strengthened.

That resolution also acknowledges "the invaluable contribution of the Olympic and Paralympic movements in establishing sport as a unique means for the promotion of peace and development, in particular through the ideal of the Olympic Truce".

"As a symbol of humanity’s resilience and global unity in overcoming COVID-19, we commend Japan’s determination to host the Olympic and Paralympic Games Tokyo 2020 next year", read the document issued on behalf of leaders from 19 of the world's biggest national economies, plus the European Union.

Bach also used the message as an opportunity to call for further solidarity - claiming that the main lesson to come from 2020 is that the world needs more solidarity.

"And we will learn from this lesson, and by learning from the lesson of solidarity, we will turn the challenges of the future into opportunities again.

"In this spirit, we will carry forward the Olympic Agenda 2020 reforms to the future, and I invite you to join in these ongoing reforms and live our motto of 'change or be changed' also in the years to come."

Bach has regularly extolled the virtues of solidarity in recent months, especially in response to criticism of Rule 50 of the Olympic Charter, which prevents podium protests at the Olympics.

The IOC faced increasing calls to change Rule 50 in 2020, especially as the Black Lives Matter movement significantly grew in prominence and could be seen at many of the world's biggest sporting events, but Bach previously insisted that the Games should not be "a marketplace of demonstrations".