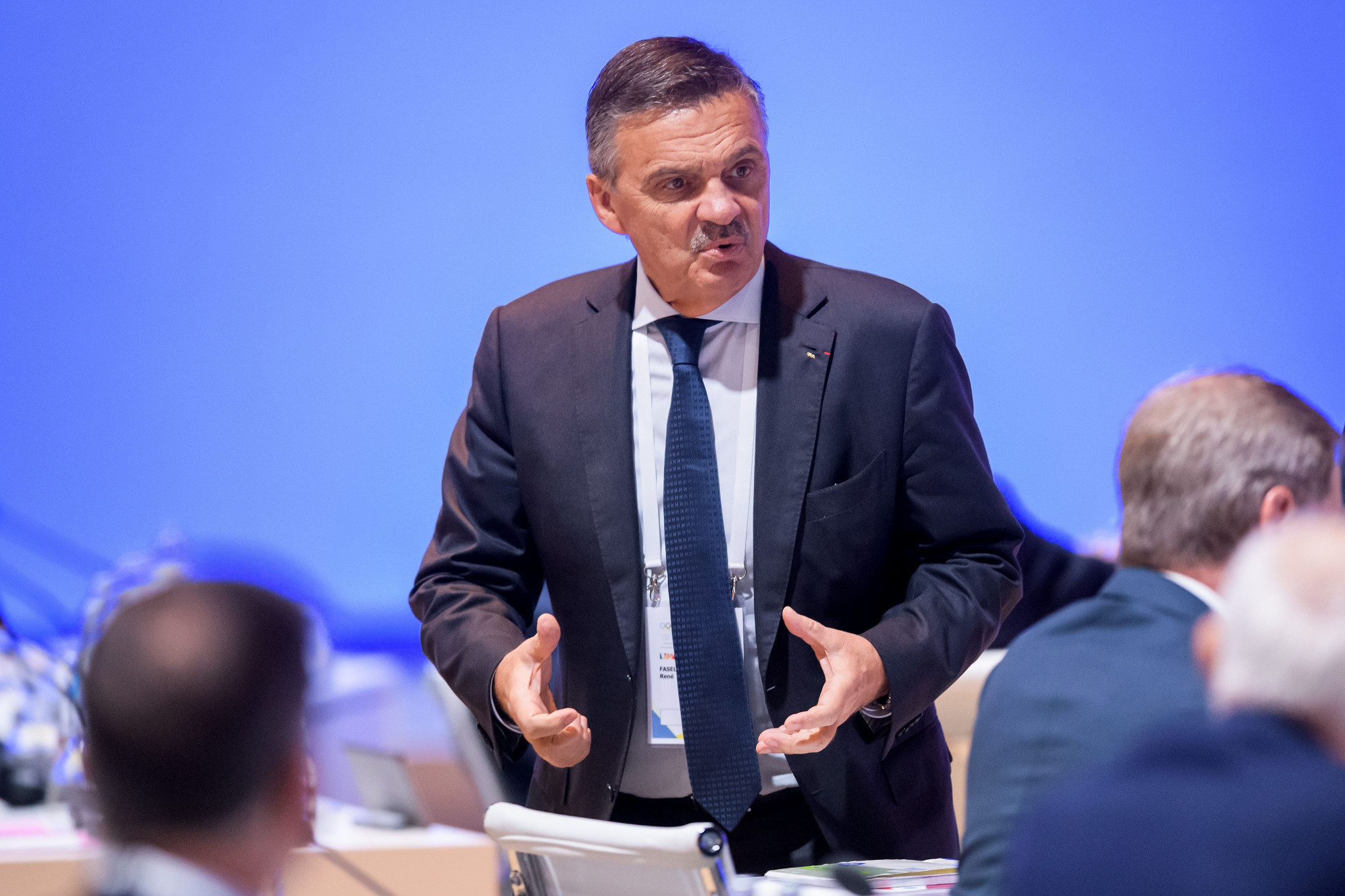 International Ice Hockey Federation (IIHF) President René Fasel insists he is willing to meet representatives of Belarusian opposition groups and the Belarus Government "at any time" and "anywhere in Europe" in order to achieve "a constructive dialogue on how to perform the 2021 World Championship outside of political objectives."

The official also confirmed that an investigation has been launched into Belarusian Ice Hockey Association (BIHA) President Dmitri Baskov, who has been accused of involvement in the death of an opposition activist.

Fasel appeared to rule out stripping Belarus of co-hosting rights with Latvia for the upcoming IIHF Men's World Championship, scheduled for May 2021, in a letter responding to Belarus basketball star Yelena Leuchanka.

She had joined calls for the tournament to be moved to an alternative co-host, following a violent crackdown on Government opponents and protesters after the disputed Belarusian Presidential election in August.

Alexander Lukashenko, who also heads the National Olympic Committee of the Republic of Belarus (NOCRB), was re-elected President in elections dismissed as being neither free or fair by the European Union among other international observers.

Fasel called for a "process of reconciliation" as he told Leuchanka: "We would like to make all efforts necessary together with you as opposition and as well as the government of Belarus to start this dialogue and come to hopefully common supported next steps and processes of an unpolitical WM2021 in Belarus and Latvia.

"We are very open to entering a constructive dialogue with you", Fasel said, but insisted, "this dialogue has of course also to happen with the government of Belarus.

"We hope we can convince both sides to refrain from the abuse of the 2021 World Championships as a political pressure element."

Fasel said that IIHF World Championships "have never been and should not be used as a political platform for governments or political oppositions."

Instead, the event should "be a celebration of emotions, sports performance and international festivities", according to the IIHF President, who is also an International Olympic Committee (IOC) member.

He also hoped discussions could use "the power of sport to trigger necessary changes in the Belarusian government and the constitution in the near future", but did admit that "we know that the chances of achieving fundamental change in Belarus are very small."

In the letter, Fasel confirmed that an IIHF Disciplinary Committee investigation had also been launched into the activities of BIHA President and NOCRB Board member Dmitri Baskov for "potential violations" under article 6 of the IIHF's statutes.

A dossier sent last month by the Belarusian Sport Solidarity Foundation (BSSF) to the IOC and IIHF alleged that Baskov participated in attacks on protestors in the months after the presidential elections.

In November, Baskov was banned from entering Latvia after he was considered as a suspect in an attack on Raman Bandarenka during a peaceful protest in Belarus.

Leuchanka, who was imprisoned for 15 days in October for her opposition to the Belarusian regime, remains committed to moving the IIHF Men's World Championship from Belarus.

In a social media response to Fasel’s letter, she said: "Personally, I want to thank you for taking the time to respond to my open letter on behalf of the Free Union of Athletes of Belarus (SOS BY), which currently has 1,855 participants.

"I thank you for the offer to meet and I would gladly accept it, but not in the format of a political dialogue, but in a business format.

"We are ready to discuss constructive ways and solutions to transfer the World Ice Hockey Championship from Minsk, as well as provide any assistance we can related to this matter."

Fasel was due to meet with Lukashenko earlier this month, but could not travel as he contracted COVID-19.

The Belarus President is a keen ice hockey fan and regularly takes part in the sport.

The IIHF has consisted resisted calls to move the World Championship from Belarus on political grounds, but has suggested coronavirus rates in the country may result in it losing the right to co-host the event.

In her response, Leuchanka further told Fasel, "I want to note that for many years hockey in Belarus has been an ideological sport sponsored by the regime.

"If you look at the administrative apparatus of the ice hockey federation, you will only see government officials and people close to Alexander Lukashenko.

"This is indeed politics that have found its embodiment in sports.

"You want to get rid of the political aspect and not make hockey an instrument of political games.

"We fully support you on this matter.

"We urge you not to get involved in the complex political process in the country, but to concentrate on a specific event.

"We ask you not to sponsor the regime, either financially or morally, but to show solidarity with the people of Belarus and be uncompromising in the fight against evil and lawlessness."

Earlier this month, IOC President Thomas Bach announced a package of sanctions against the NOCRB.

This includes a provisional ban on President Lukashenko and other officials which would prevent him attending the Tokyo 2020 Olympics.