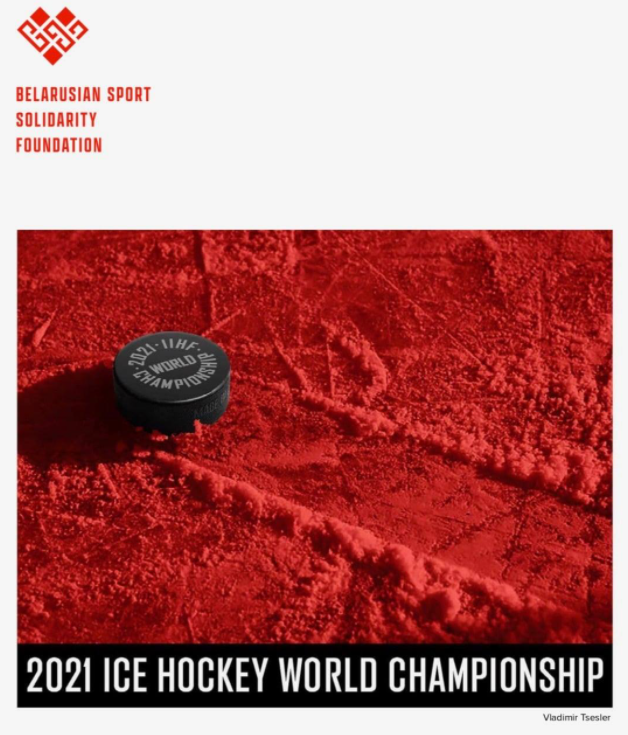 The competition is scheduled for Minsk and Latvian capital Riga, beginning on May 21 next year.

In an open letter to IIHF President René Fasel, Leuchanka wrote: "the Ice Hockey Championship is a celebration, but how are you planning to celebrate when Belarusians are screaming in pain?

"Today every Belarusian walking in the street is not sure whether they will return home or not.

"No one has the right to kill other people simply because they think they are stronger and have weapons in their hands.

"Therefore, if you are aware of these monstrous murders and tortures, and still do nothing about it, then you support it, even if you stand on the other side of the road and just observe.

"I appeal to you not as an influencer or prominent public figure of the global sport community, but, first of all, as a person who, I hope, shall not be indifferent."

The BSSF claims that 70 athletes and sports professionals have been pressured amid a crackdown on widespread anti-Government protests and that 15 "honoured athletes", amongst them Leuchanka, have been imprisoned.

"I did not commit any crimes, but I was arrested twice, and sentenced to 15 days in Okrestina detention centre," Leuchanka wrote.

"There was no hot water, heating, medicines, bed linen; the sewer drain in the prison cell was turned off.

"We had to wait for a walk for five days, and a breath of fresh air was just like a dream, such a simple thing to be able to see the sky felt like magic.

"I slept on the metallic slats.

"I got head and clothing lice."

The pair had been in the same cell.

Leuchanka called on Fasel, who is also an International Olympic Committee (IOC) member, to ask Belarus President Alexander Lukashenko for her release.

"I have read in the press that you are planning to personally meet with Alexander Lukashenko to discuss all the issues of the upcoming Championship.

"I believe that you intend to meet him only to say face-to-face that you are against violence, and that torture has no place in the 21st century in the centre of Europe, and that the International Ice Hockey community will never support dictatorship.

"Because human rights are the fundamental values", said Leuchanka.

Lukashenko has been provisionally banned from attending the Olympic Games by the IOC.

He remains President of the National Olympic Committee of the Republic of Belarus.

In her letter, Leuchanka told Fasel, "I am certain that when you arrive in Minsk you will be provided with a safe walk that will involve personal security, and people in balaclavas will be on duty in every yard and behind every corner all along the way, not allowing any passers to come closer to you than 100 metres.

"You will not be affected by the horror that has affected millions of Belarusians; you will not even witness it."

The BSSF has sent a dossier to the IIHF alleging that Belarusian Ice Hockey Association President Dmitry Baskov participated in masked gangs targeting dissident groups which led to the death of protester Raman Bandarenka last month.

Baskov is also subject to the IOC’s provisional ban whilst under investigation.

In Minsk, the NOCRB has countered that 4,438 athletes and coaches are signatories to a declaration which calls for "an end to encroachments on Belarusian sports from outside".

It has branded the activities of dissident groups "illegal pseudo sports structures" and insisted: "Our duty is not to make political appeals, but to win in sports arenas."

Meanwhile BSSF has launched "#DontPlayWithDictator", a social media campaign also calling for the World Championship to be moved.

This is backed by a poster by Belarusian artist Vladimir Tsesler which features an ice hockey puck on bloodstained red ice.