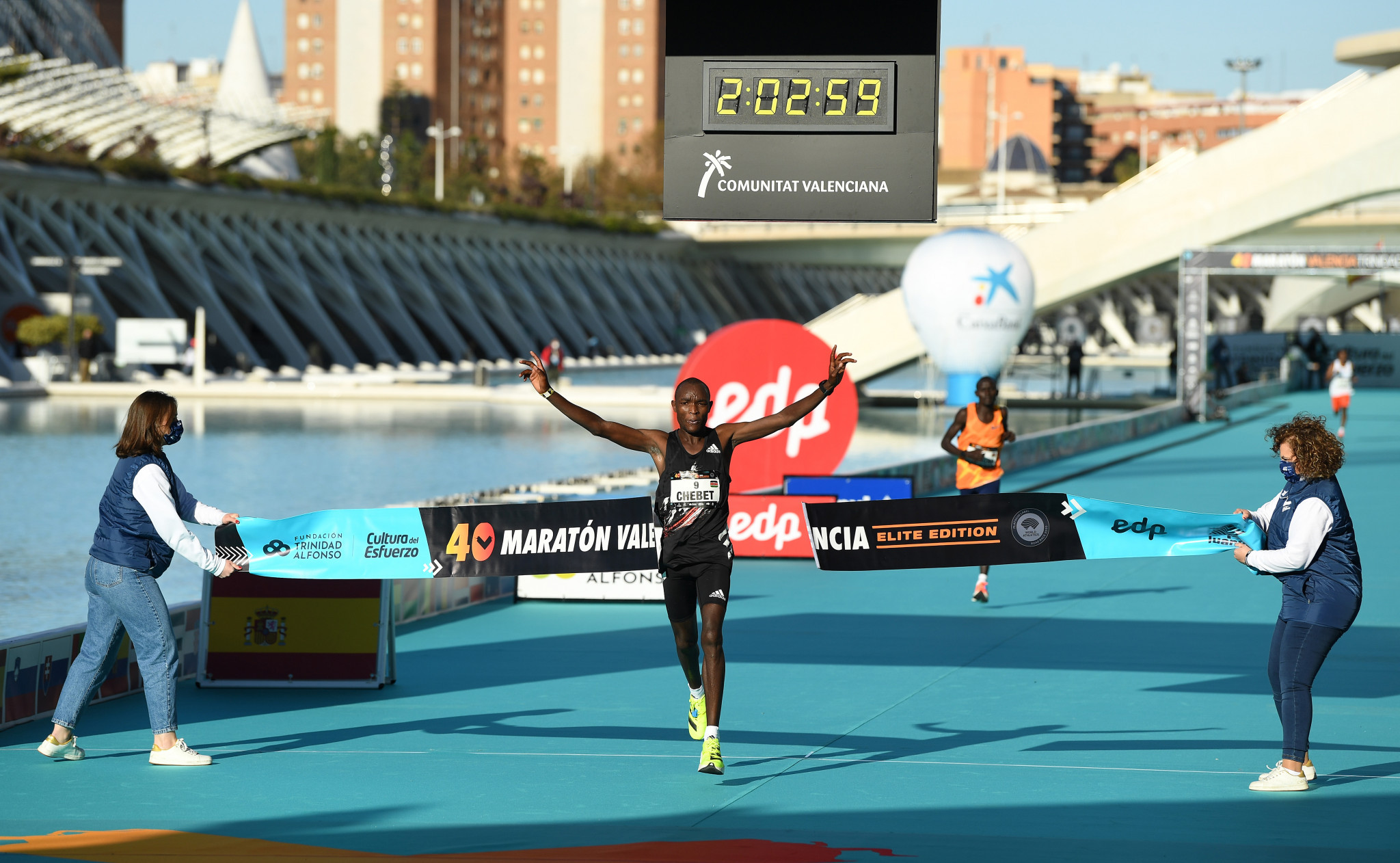 Evans Chebet has expressed hope of being selected in the Kenyan team for next year's Olympics in Tokyo after winning the Valencia Marathon.

Chebet triumphed at the Valencia Marathon on December 6 with a course record of 2 hours 03min 00sec.

In doing so, he beat compatriot and Boston and Chicago Marathon champion Lawrence Cherono, who finished second in 2:03:04.

The 32-year-old Chebet revealed he is now aiming for a place in the Kenyan team at Tokyo 2020, which was postponed to 2021 as a result of the COVID-19 pandemic.

"Running at the Olympic Games will be good achievement for me," Chebet said, as reported by The Star.

"It has been a long journey and making the marathon team will be a dream come true for me.

"It will be good if the team is named early to ensure we start our preparations on time.

"If I can make the team, I assure Kenyans that I will return with a medal."

Chebet began competing for Azerbaijan in June 2016 when he gained citizenship, representing the country in the marathon at the Rio 2016 Olympic Games and finishing 28th.

He also was in Azerbaijani colours at last year's marathon at the 2019 World Athletics Championships in Doha, but he did not finish the race.

It now appears that he has switched back to competing for his native Kenya.

Amos Kipruto, the world marathon bronze medallist, finished fourth in the Valencia Marathon in a time of 2:03:30.

He qualified for Tokyo 2020 following his performance at the World Athletics Championships but agreed with Chebet that the Kenyan team at the Valencia Marathon should be taken to the Olympics.

"I managed to run my personal best because that was my target and I still believe I will be joining Team Kenya to the Tokyo show," he said.

"The team that ran in Valencia was the best and we hope the federation will take note."

Kenya has a wealth of talent in marathon running.

Eliud Kipchoge, the current men's marathon world record holder and reigning Olympic champion, has recently said he is hopeful of competing for Kenya at Tokyo 2020.

Before coronavirus caused the postponement of the Olympics, Kipchoge, Cherono and Kipruto had been named in the Kenyan marathon team.

The nation may only select three athletes to compete in the marathon at the Games, despite its wealth of long-distance running talent, so numerous athletes who have met the qualifying standards will have to miss out.