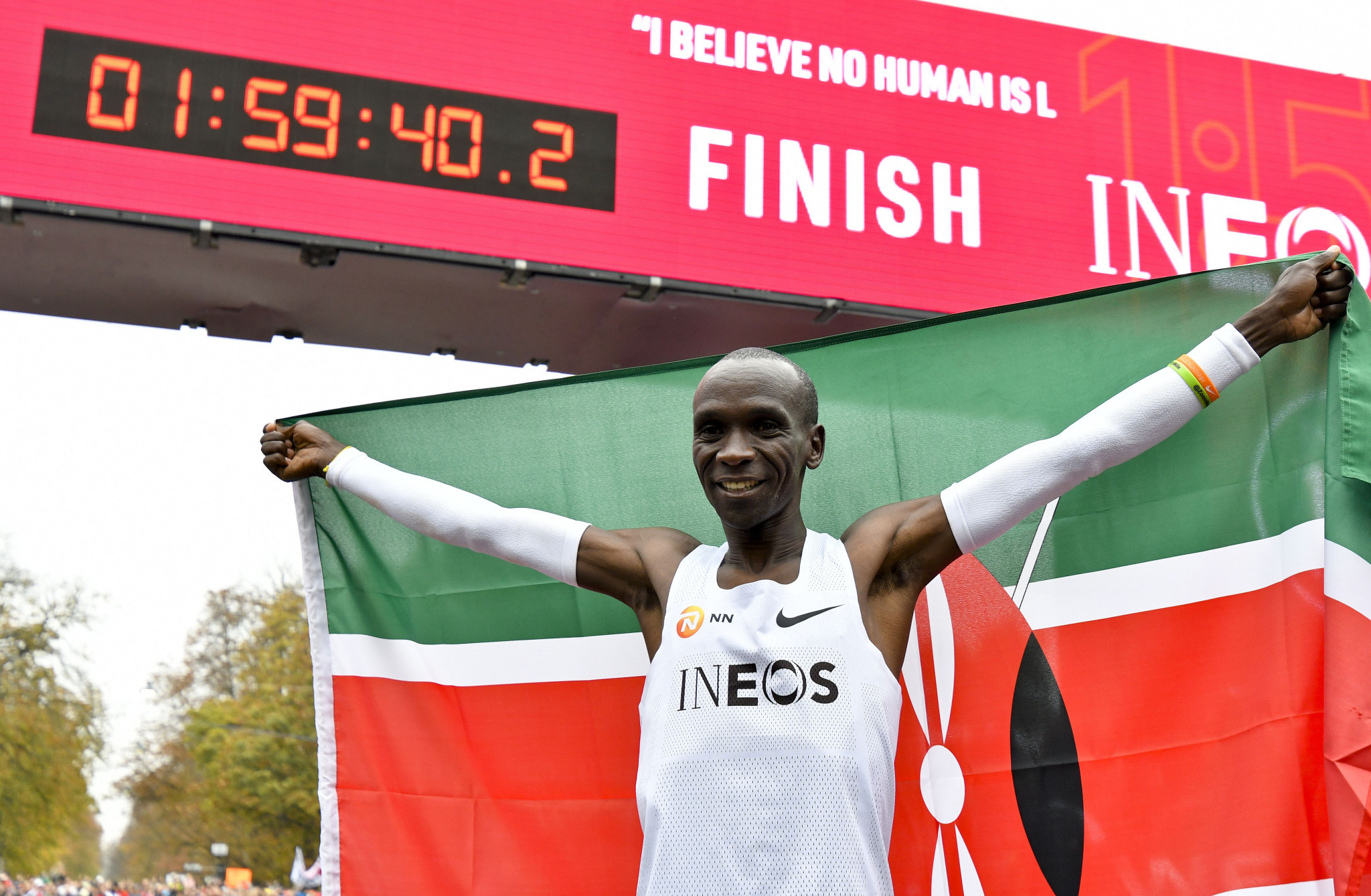 World record holders Eliud Kipchoge and Brigid Kosgei have both been named in an all-star Kenyan line-up for the Tokyo 2020 Olympic marathons.

The long-distance running powerhouse again has an abundance of riches at its disposal with the two history makers at the heart of their squad.

Kipchoge will defend his Olympic title from Rio 2016 with new found super-stardom after becoming the first person to a run a marathon in under two hours.

His time of 1 hour 59min 40sec in Vienna in October is not an official world record as the 35-year-old was competing alone and not in a sanctioned event.

He also received assistance from a pace car and a team of world-class pacemakers, who ran in a specially-designed arrow formation.

Rules on fluid intake were not followed and the Nike Alphafly shoes he wore were banned last week by World Athletics.

However, the stunning achievement means he will be one of the most famous athletes competing at Tokyo 2020.

The former world champion also holds the official world record of 2:01:39, set at the Berlin Marathon in 2018.

Kosgei broke the 16-year-old women's marathon world record of Britain's Paula Radcliffe by more than a minute at the Chicago Marathon in October, winning in 2:14:04.

Jemima Sumgong won the women's marathon for Kenya at Rio 2016 but is among a number of high-profile runners from the country who are banned for doping.

She was hit with a four-year sanction in November 2017 after testing positive for EPO, and this was then doubled to eight years after she was found guilty of falsifying documents.

Kenyan athletes going to Tokyo 2020 will undergo mandatory anti-doping tests prior to their departure.

Both the men's and women's marathon will take place in Sapporo, and not Tokyo.

A controversial decision to move the races more than 800 kilometres north was made due to fears about extreme heat.