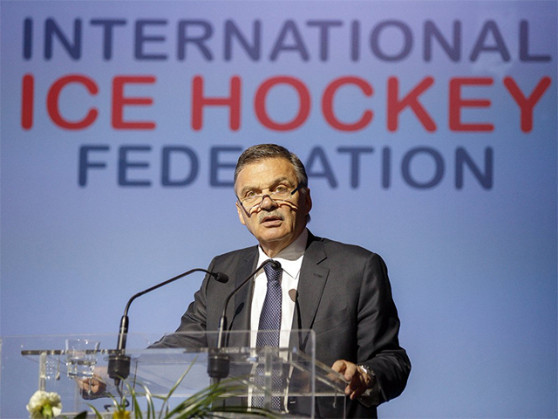 International Ice Hockey Federation (IIHF) President René Fasel has confirmed Russia has offered to host next year's World Championship, but repeated his hope that the tournament will go ahead as scheduled in Belarus and Latvia.

The event is due to be co-hosted by the two countries but concerns have been raised over Minsk staging the event amid a Government crackdown in the city following widespread protests against President Alexander Lukashenko after he was re-elected.

The IIHF has since been under pressure to strip the country of the tournament, while Latvia has threatened to withdraw as a co-host due to ethical and security concerns.

Fasel and secretary general Horst Lichtner had been due to meet Lukashenko last week to discuss Belarus staging the competition before the visit was cancelled at the last minute after the two senior IIHF officials tested positive for COVID-19.

The IIHF President has claimed the organisation still wants Belarus to co-host its World Championship next year despite the crisis in the country.

He reiterated that stance in an interview with Russia's official state news agency TASS, while confirming Russia had expressed interest in stepping in to host the event should it be moved from Belarus.

"As I said, our goal is to hold the World Championship in Minsk and Riga, not to change anything," said Fasel.

Fasel said it was "too early" for a decision to be made on the event, scheduled to run from May 21 to June 6 next year.

Belarusian Ice Hockey Association President and NOCRB Board member Dmitri Baskov was also provisionally sanctioned with a Tokyo 2020 ban by the IOC as he is considered a suspect in an attack on artist Raman Bandarenka, who later died in hospital, during a peaceful protest in Belarus.

The IOC told International Federations to adhere to the measures "in the interest of protecting Belarusian athletes' rights and the reputation of the Olympic Movement", plunging Belarus' co-hosting of the IIHF World Championship with Latvia next year into further doubt.

But Fasel, a former IOC Executive Board member, told TASS the IOC "cannot influence in any way" its decision on the World Championship, claiming the IIHF "does not want to be hostages of political games".