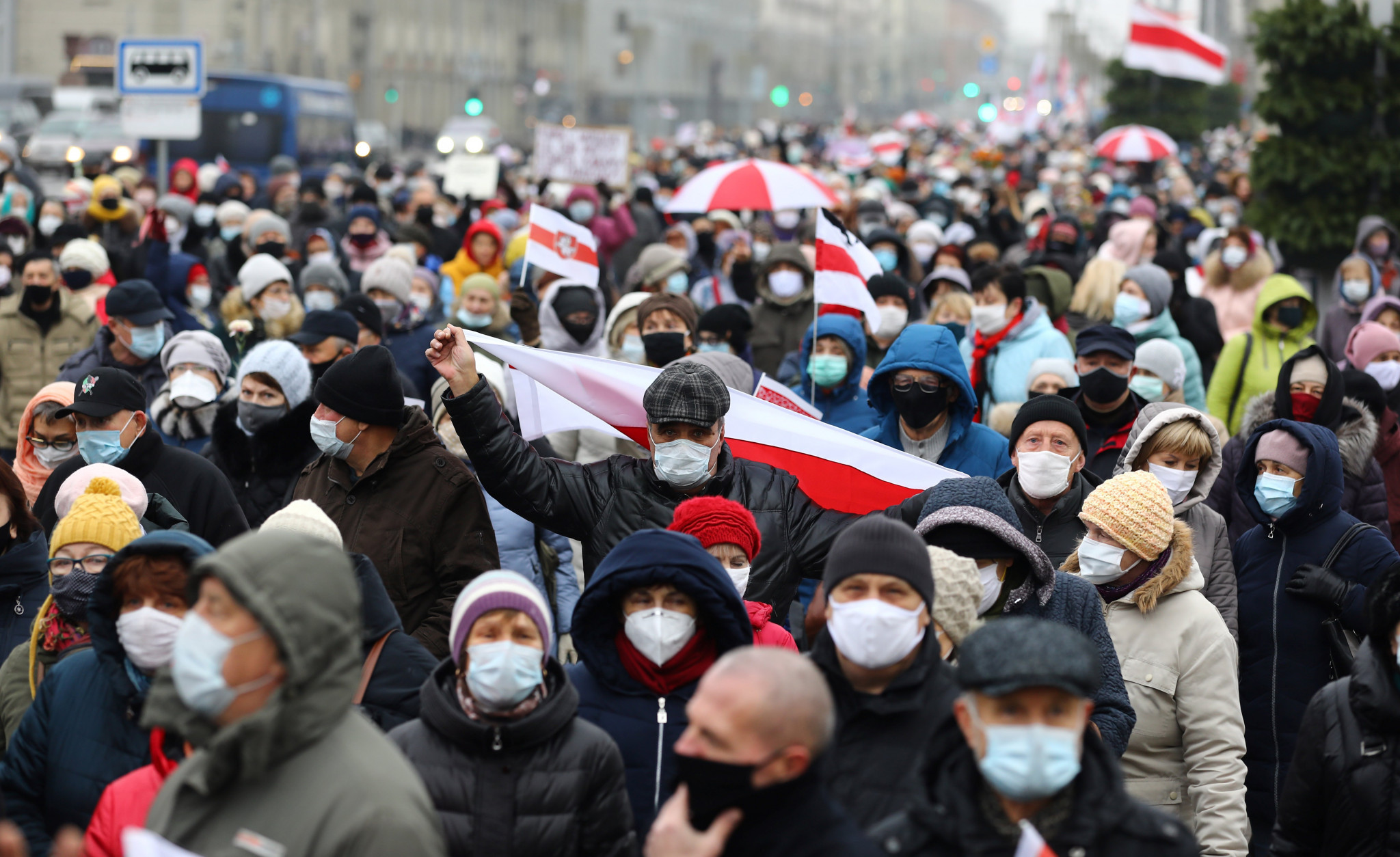 An International Ice Hockey Federation (IIHF) Expert Group has expressed "scepticism" over the reporting of COVID-19 cases in Belarus as part of its review into the status of the 2021 Men’s World Championship.

The report - which was commissioned in response to the diplomatic row between co-hosts Belarus and Latvia and was billed as being independent - was presented to the IIHF Council today.

IIHF President René Fasel admitted there were "very real and very serious considerations" to be made, but called for more time to assess the situation in Belarus.

Latvia has threatened to withdraw as co-host because of ethical and security fears as mass demonstrations continue to be held against Alexander Lukashenko following his controversial re-election as Belarusian President in August.

The election has been widely dismissed as neither fair nor free, and Latvia is among the nations to have imposed sanctions on Belarus as a result.

Latvian Prime Minister Krisjanis Karins has also questioned whether teams would be prepared to travel to Belarus due to similar concerns.

Fasel said the report from the group of external organisations and experts triggered "serious discussions" within the Council and was a "great start".

The IIHF President has previously expressed opposition to taking away Belarus' right to co-host the event for political reasons.

"There are issues occurring within Belarus that we need to take seriously because there is a significant risk that the current challenges in Minsk, the Government position of the Latvian co-host, and the COVID-19 pandemic will have a significant impact the 2021 World Championship in Minsk and Riga," Fasel said.

As well as looking at safety concerns, the IIHF revealed the report included a COVID-19 threat assessment.

Since the beginning of the coronavirus pandemic, Belarus has reported 117,000 cases and more than 1,000 deaths.

But the IIHF said the Expert Group expressed "scepticism" over the reporting of virus numbers within Belarus, the caseloads since September and the extent of the national measures being taken to suppress the pandemic.

"These are very real and very serious considerations as this tournament is the most important asset of the IIHF and supports so much of what we do," Fasel elaborated.

"If you take a normal season situation it wouldn’t be realistic right now that Belarus and Latvia could guarantee their capability to conduct World Championship tournament operations."

Fasel agreed with the Council that more time would be needed to review the situation and decide on the best course of action.

"We must be assured that a World Championship can take place in a safe and responsible way for everyone," said Fasel.

"We have an obligation to our membership and to protect the IIHF at all costs.

"We must do everything possible to hold the tournament with the assigned hosts, but before this we have to determine if it is safe to go, and if we determine it is safe to go whether the co-hosts will still be willing to work with each other.

"Whatever we decide to do, we will take our time to make a rational decision based on the best research and information we have.

"This report was a great start for us and initiated very constructive discussion among the Council members.

""We will take what we learned, go back to the organising committees and the Governments and find the best way forward for the IIHF and its members."

The 16-team competition is scheduled to run from May 21 to June 6 next year.

Belarus is due to stage matches at Minsk Arena, while Arena Riga is the other planned venue, in Latvia.

Both semi-finals and the medal matches are due to be held in Minsk, which hosted the Men's World Championship alone in 2014.