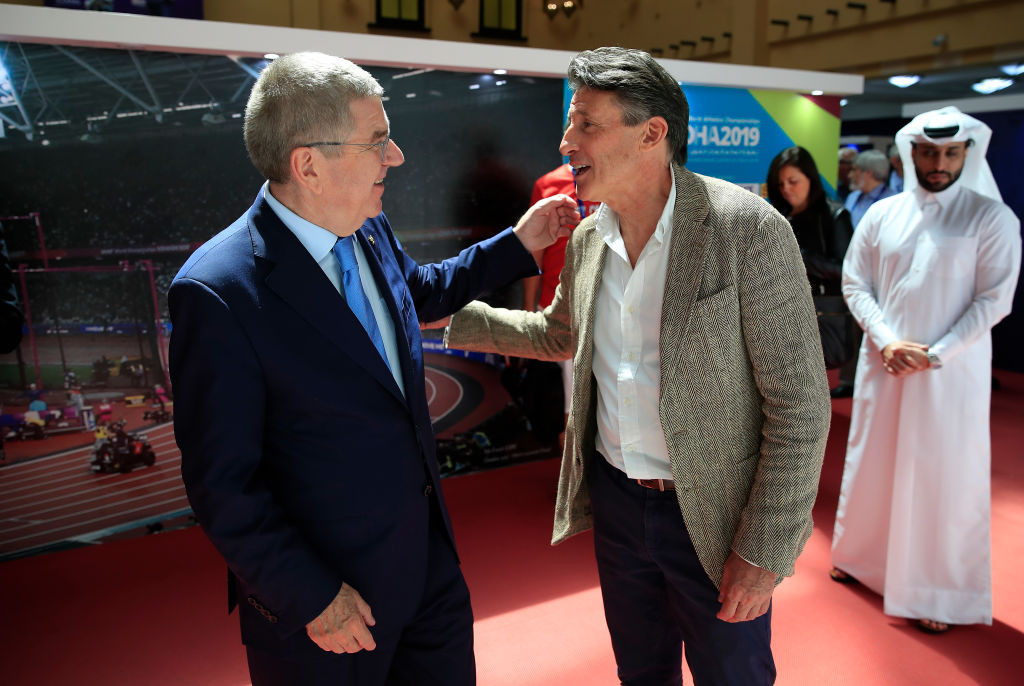 Tension has surfaced between Thomas Bach and Sebastian Coe over athlete protests at the Olympic Games, after the International Olympic Committee (IOC) President implicitly criticised his World Athletics counterpart for giving an award to the trio who famously demonstrated on the podium at Mexico City 1968.

Tommie Smith, Peter Norman and John Carlos were chosen by Coe to receive the World Athletics President's award, a decision many saw as highlighting the Briton's support for podium protests at next year's postponed Olympic Games in Tokyo.

During the medal ceremony for the men's 200 metres at the Games in Mexico City, gold medallist Smith and his fellow black American, Carlos, stood with heads bowed and a single black-gloved fist in the air to draw attention to the racism and inequality they saw back home and around the world.

They were supported by Australia's silver medallist Norman, who died in 2006.

When announcing the recipients of the award, Coe, who became an IOC member this year, said the "bravery, dignity and morality of these three men continue to inspire athletes from all sports 50 years on".

"I have nothing to add at this moment in time," Bach said.

In response, a spokesperson for World Athletics said the organisation "do not believe gestures against racism can be defined as political or religious marketing".

"There is nothing in these rules or the World Athletics integrity Code of Conduct to prevent athletes from protesting as long as it is done in a respectful manner, considers other athletes, and does not damage our sport."

While Coe has signalled his backing for athletes who choose to protest at the Games, including gestures such as taking a knee, Bach has warned the Olympics should not be "a marketplace of demonstrations".

The IOC Athletes' Commission has been in consultation with athletes from across the world over the issue of Rule 50, which states "no kind of demonstration or political, religious or racial propaganda is permitted in any Olympic sites, venues or other areas" - with a view to making a recommendation to the Executive Board early next year.

The Commission last week launched a survey to gauge athletes' opinions on protests at the Olympics and to come up with ways they can express their views "while respecting the Olympic spirit and the neutrality of the Games".

The disagreement over demonstrations is the latest episode in Bach and Coe's tense relationship after they publicly clashed over the handling of the Russian doping scandal.