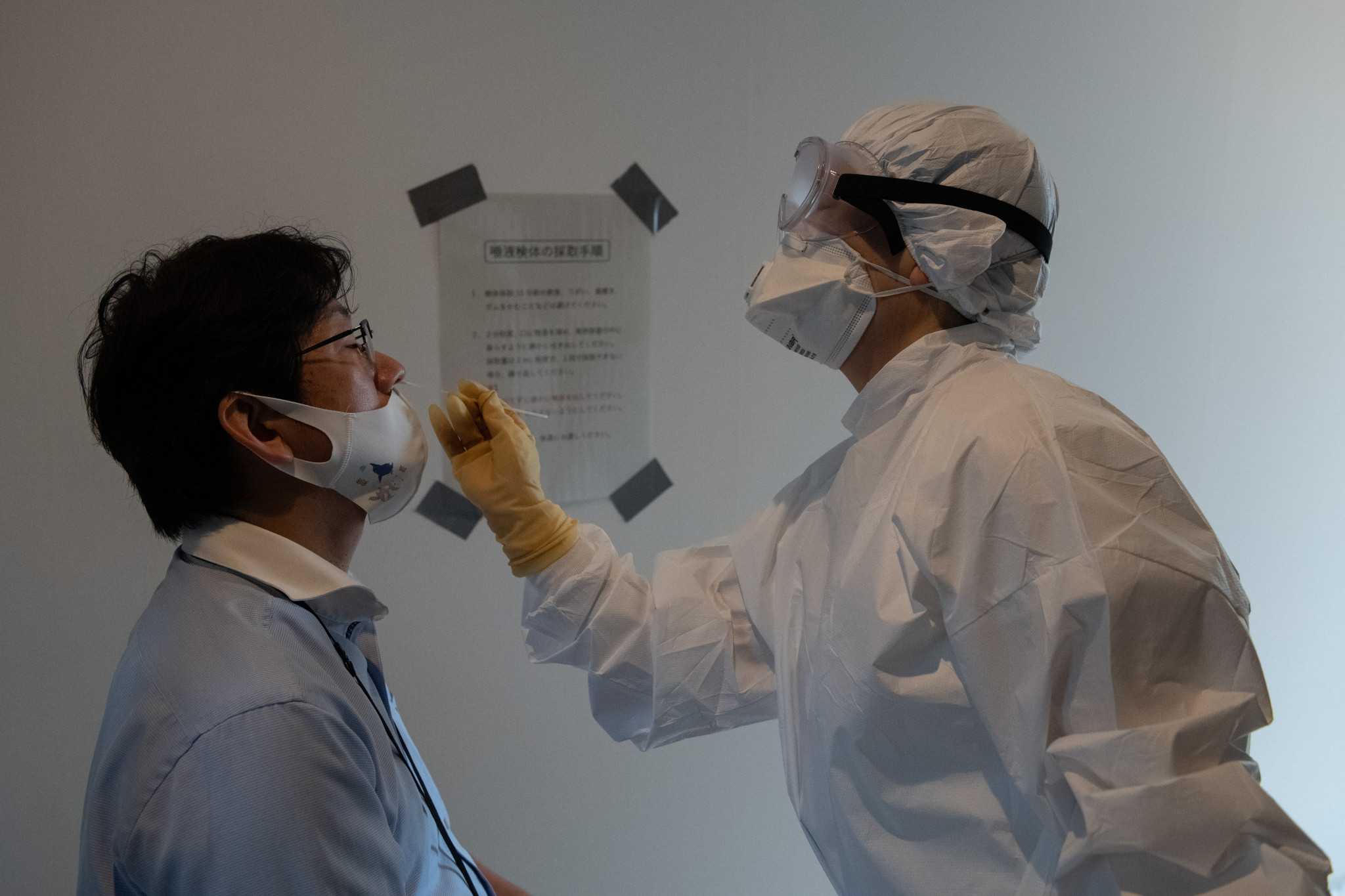 Athletes could be tested for coronavirus every four to five days during their time at the Tokyo 2020 Olympics and Paralympics, as part of countermeasures.

Citing sources with "knowledge of the matter", Japanese news agency Kyodo News understands the country's Government is poised to reveal the testing policy.

It is expected to be announced after the coronavirus countermeasures taskforce, formed of officials from the Japanese Government, Tokyo Metropolitan Government and Tokyo 2020, meet at the Prime Minister's office today.

A revised itinerary for events up to and including the Games and immigration measures for participants are also due to be unveiled as part of a progress report.

According to Kyodo News athletes will be free to travel into Japan from nations that would otherwise be refused entry under infection rules.

Japan currently has a 14-day quarantine period for new arrivals from most countries, but organisers are considering easing restrictions.

Tokyo 2020 chief executive Toshirō Mutō has previously confirmed that athletes, coaches and officials can expect to be exempt from quarantining, although they are likely to face stringent measures to control the spread of coronavirus.

The wearing of face masks and social distancing are expected to be compulsory.

Athletes will also be encouraged to limit their stay in Japan after competition and they must have recorded a negative COVID-19 test at least 72 hours before arriving in the host nation.

The estimated cost of the postponement of the Olympic and Paralympic Games is set at $1.9 billion (£1.4 billion/€1.6 billion).

The Olympics are now due to take place from July 23 to August 8, followed by the Paralympics from August 24 to September 5.

Organisers have been boosted by the development of three potential coronavirus vaccines by Pfizer and BioNTech, Moderna and the University of Oxford.

The United Kingdom has become the first country in the world to license the Pfizer and BioNTech vaccine with hundreds of thousands of doses expected to be available from next week.