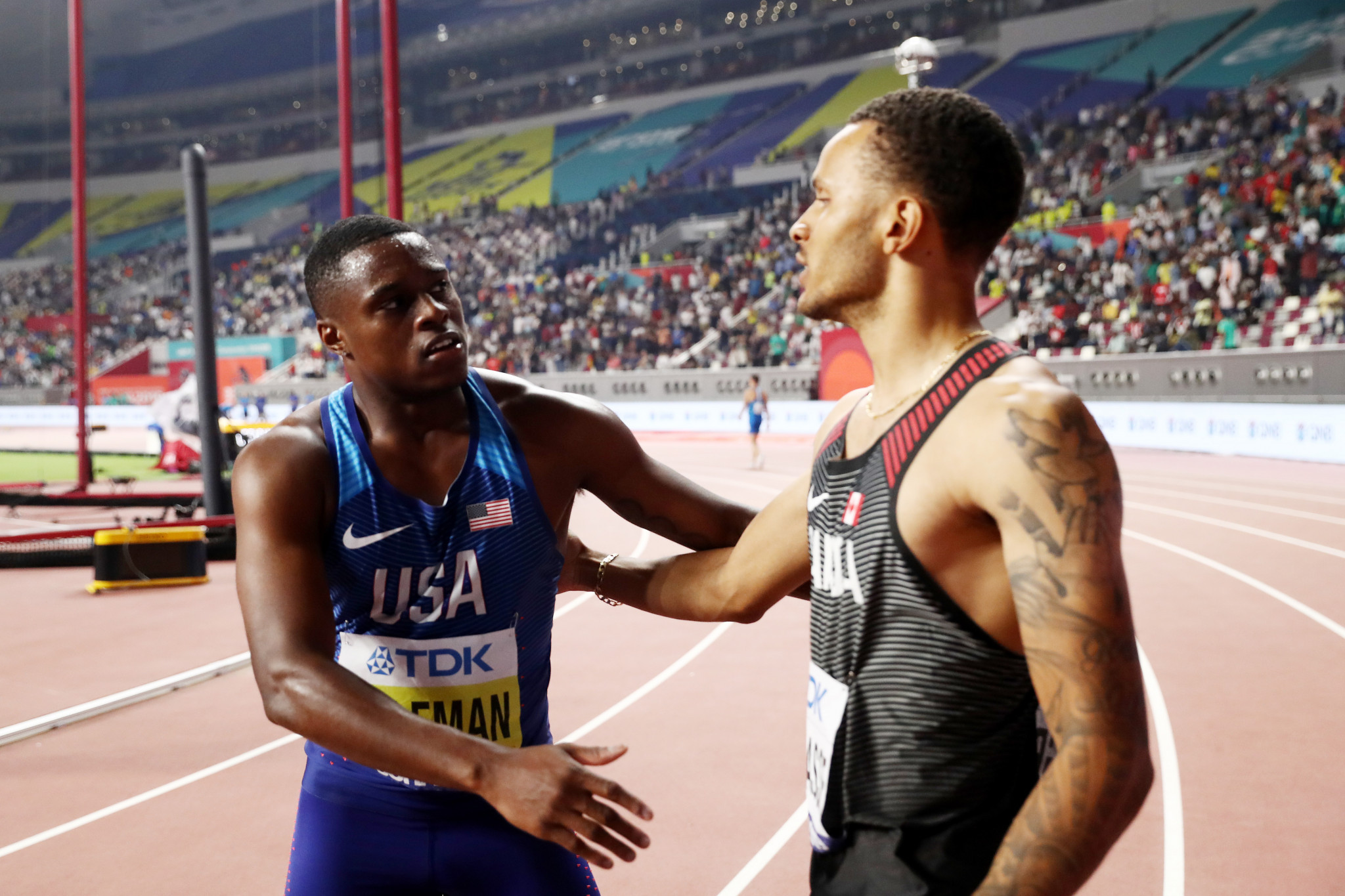 Canada’s Andre De Grasse has said he feels bad for Christian Coleman after the world champion was handed a two-year ban from the sport, but thinks the American sprinter made an "irresponsible mistake."

Coleman was given a two-year ban by the Athletics Integrity Unit last month.

He missed tests on January 16 and December 9 of last year and was also charged with a filing error in connection with an attempted test on April 26.

Coleman is appealing the decision to the Court of Arbitration for Sport.

Should he fail to have the sanction overturned, Coleman would be unable to compete at the rescheduled Tokyo 2020 Olympic Games where he would have been favourite to win the men’s 100 metres title.

De Grasse’s prospects are expected to be boosted by Coleman’s absence.

The World Championship 100m bronze medallist told The Canadian Press that he was disappointed he will not race Coleman at the Games.

"I like to compete against the best," De Grasse said.

"It’s an unfortunate situation for Christian, I would never wish that on anybody.

"I’m not choosing sides, I don’t know the full story behind it, I just know it’s unfortunate, and for a guy of his calibre, I feel for him.

"I don’t suspect him of anything, I just think he made an irresponsible mistake.

"I don’t think it would ever happen to me, but yeah, we’re all human, we make mistakes.

"It’s part of the job, it’s not just running.

"That’s the other side of it that people don’t see.

"People are comparing it to work – if you keep showing up late for work, you’re eventually going to get fired."

His personal best over the 100m was set at the World Athletics Championships last year, where he clocked 9.90sec.

Gatlin edged out the Canadian after finishing in 9.89 seconds to secure the silver medal.

He finished as the silver medallist in the men’s 200 metres behind Jamaican great Usain Bolt.

De Grasse also earned bronze medals in the 100m and 4x100m relay events at the Games.