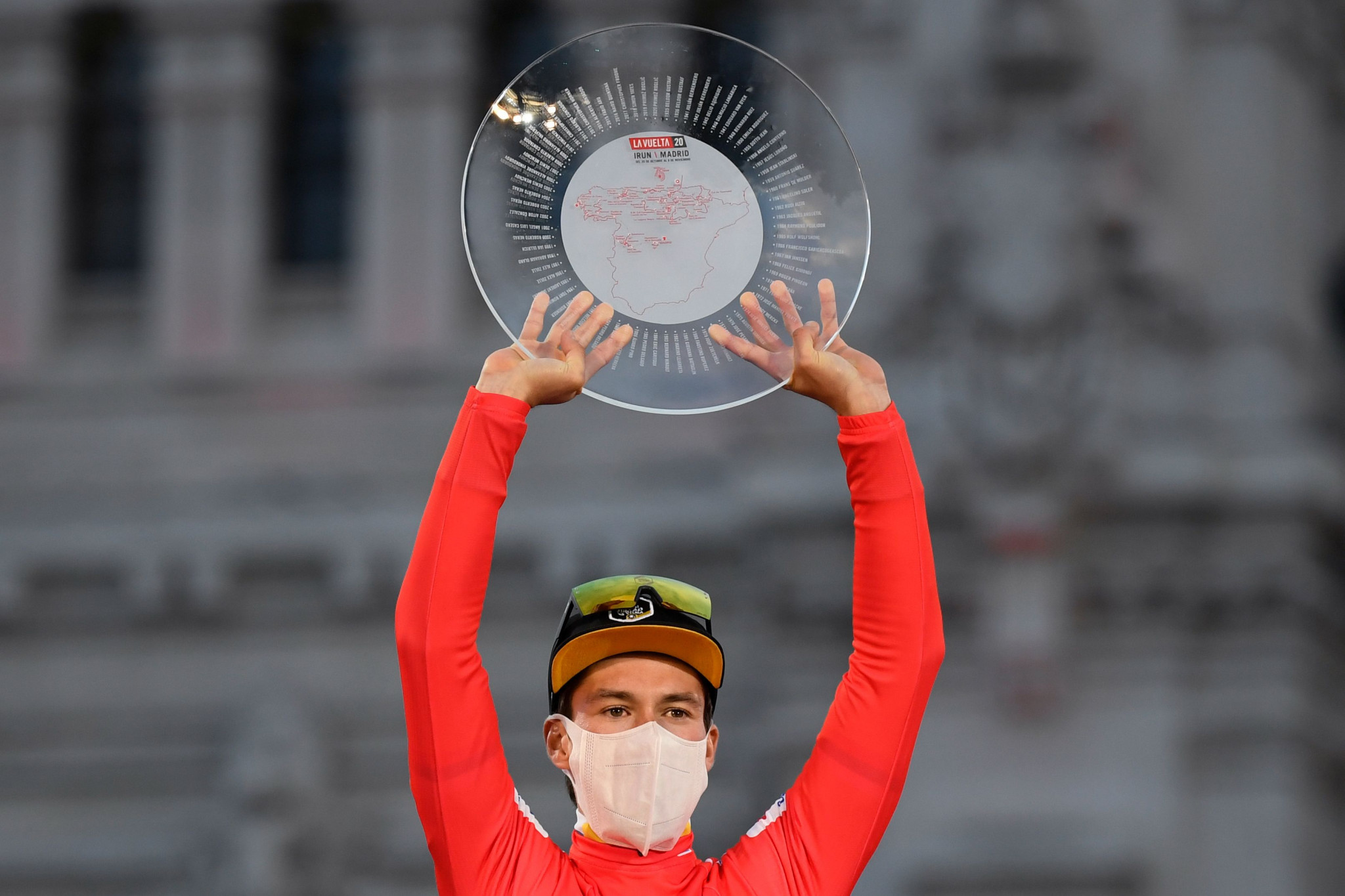 Slovenia’s Primož Roglič was crowned winner of the Vuelta a España for the second successive year in Madrid, as Germany’s Pascal Ackermann triumphed on the final stage of the race.

The last day of racing in the coronavirus-impacted International Cycling Union (UCI) WorldTour season began with Chris Froome being presented with the 2011 Vuelta a España winner’s trophy.

The British rider initially finished second at the race, but was named as the winner last year when Spain’s Juan José Cobo was retrospectively stripped of the title over an anti-doping rule violation.

Froome was awarded the title when his career appeared in jeopardy after a potentially career-ending crash.

The seven-time Grand Tour winner has fought back to fitness, with today marking his final race with Ineos Grenadiers.

Roglič has arguably emerged as the dominant Grand Tour rider since Froome’s injury, with the Slovenian having triumphed at last year’s Vuelta a España before an agonising second-place finish at the Tour de France in September.

His second Vuelta a España title was effectively sealed yesterday when he held off Ineos Grenadiers’ Richard Carapaz, with today’s 124-kilometre stage from the Hipódromo de la Zarzuela to Madrid being largely processional.

Several attacks were launched with 40km remaining of the stage, as the race entered the Spanish capital.

The sprinters' teams were able to control the breakaway riders and brought them back into the peloton prior to the final lap.

Ackermann emerged as the winner of the bunch sprint, with the Bora-Hansgrohe rider crossing the line in 3 hours 28min 13sec.

He was awarded the victory after a photo finish, having finished narrowly clear of Ireland’s Sam Bennett.

Ackermann was able to celebrate his second win of the race, after winning stage nine following Bennett being relegated by the race officials.

Roglič finished safely in the peloton to seal the red jersey for the overall victory and the green points jersey.

"It’s beautiful to finish the season like this," Roglič said.

"I always say every victory is beautiful, it’s really hard to win.

"It’s difficult to compare with 2019, I’m just super happy that I could win and to finish the season like this.

"They made it happen, we could still race in November.

"The race was really well organised and I enjoyed every single day.

"I want to thank all the riders, specially my team mates.

"I also received a great support from home, from my family even if they’re not here at the moment.

"It’s really beautiful to win the red jersey and the green jersey to finish this year."

This year’s race was reduced to 18 stages, after The Netherlands was unable to host the race start due to the coronavirus pandemic.

All three Grand Tours successfully concluded this year under protocols introduced to mitigate the risk of coronavirus, which appeared an unlikely prospect when the season was suspended in March.