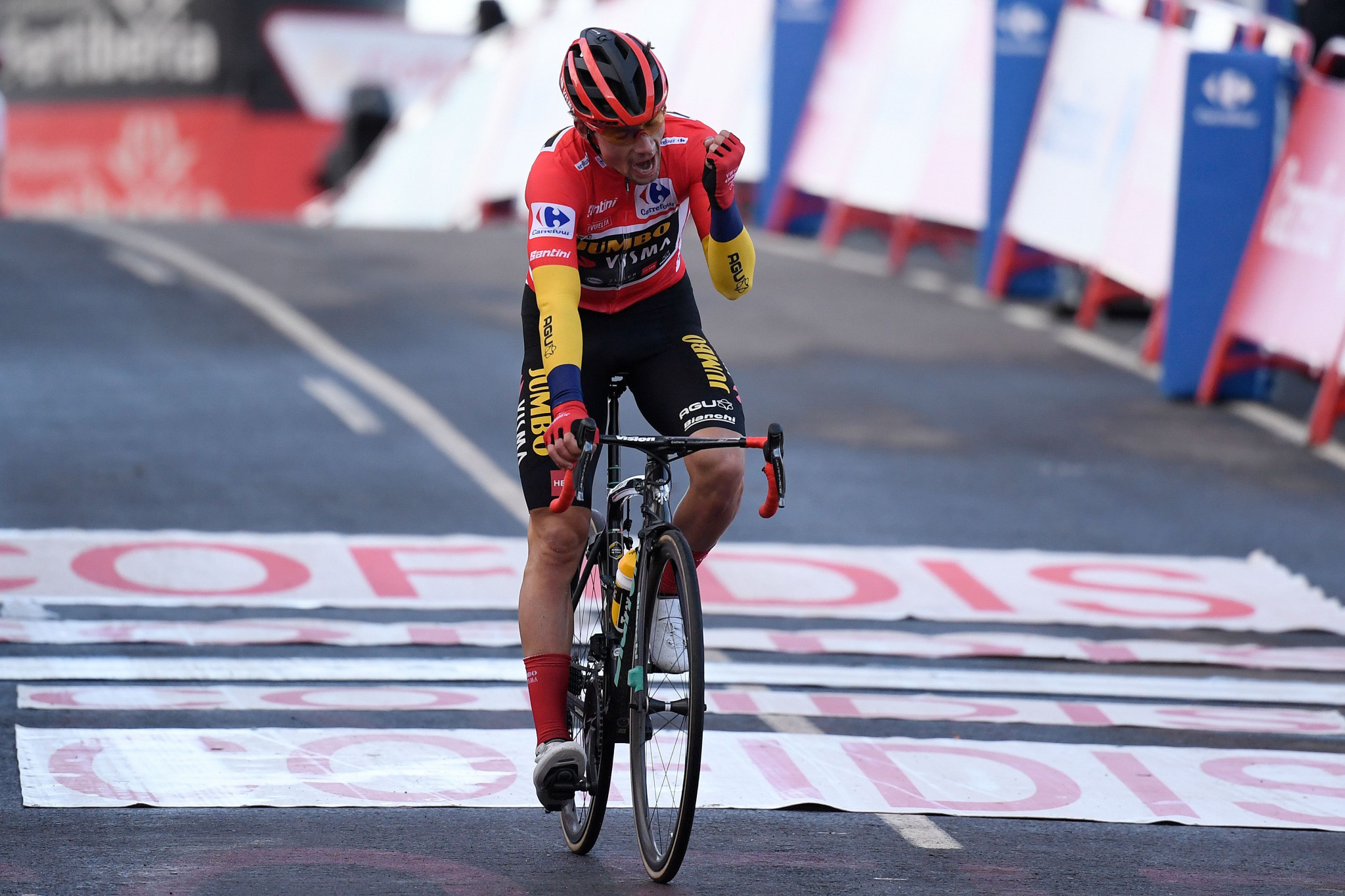 Slovenia’s Primož Roglič is poised to secure back-to-back Vuelta a España titles after surviving an attack from Ecuador’s Richard Carapaz on the final mountain stage of the race.

The Jumbo-Visma team leader enjoyed a 45-second cushion over Carapaz heading into the 178.2-kilometre 17th stage from Sequeros to La Covatilla.

Roglič was expected to come under pressure on the famous climb of the Alto de la Covadilla at the end of the stage.

The climb saw a battle between the final riders from the breakaway, with France’s David Gaudu, Switzerland’s Gino Mader and Spain’s Ion Izagirre and David de la Cruz aiming to earn victory.

Izagirre attacked twice on the final climb to pull clear, but Gaudu was able to regain contact inside the final 5km.

The Groupama-FDJ rider was able to pull away to earn his second stage of the race in a time of 4 hours 54min 32sec.

Mader finished as the runner-up 28 seconds down, with Izagirre fading to end 1:05 off the pace.

Carapaz finished 2:35 behind the stage winner, with the Ecuadorian rider having launched a late bid to overhaul Roglič in the general classification.

The Ineos Grenadiers rider had pulled clear of his rival on the final climb, raising suggestions Roglič could suffer a repeat of the Tour de France, where he was overtaken on the penultimate stage.

Roglič was able to limit his losses to Carapaz to 21 seconds, however.

The Slovenian is now poised to win the race by 24 seconds from his nearest challenger.

"It’s always good to have an exciting finish and that was exciting," Roglič said.

"I had just enough to know that [if] I went with my own tempo it would be enough.

"I wasn’t really always under control but you need to stay calm and do your thing.

"Again, it was a really nice job from the whole team, riding full gas from the start.

"It’s a really nice way to finish the season."

The race will conclude tomorrow with a 124 kilometre stage from Hipódromo de la Zarzuela to Madrid.

The stage is largely processional, with the general classification places not expected to change.

This year’s race was reduced to 18 stages, after The Netherlands was unable to host the race start.