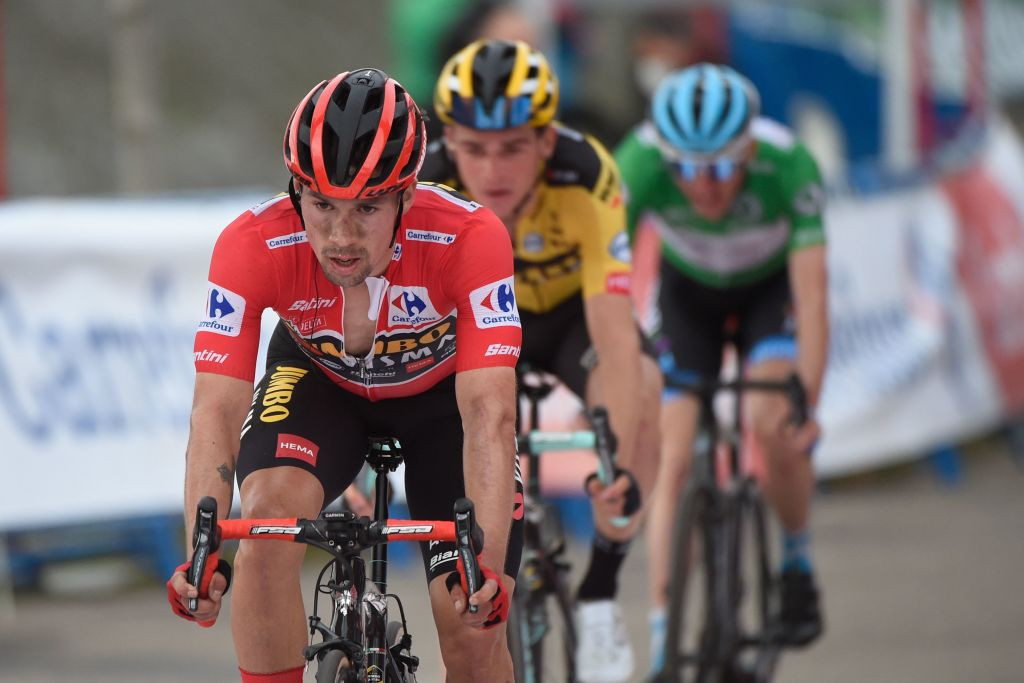 Defending champion Primož Roglič has extended his general classification lead over Richard Carapaz of Ecuador going into the final weekend of the Vuelta a España.

Roglič, who rides for the Jumbo-Visma team, leads Carapaz by 45 seconds following the 16th stage of the Grand Tour.

The Slovenian finished the 162 kilometres stage from Salamanca to Ciudad Rodrigo in second place behind Denmark's Magnus Cort of the EF Pro Cycling team.

Roglič had been in with a chance of taking victory but was forced to slam on the brakes on the home straight following a slight deviation by Portuguese veteran Rui Costa.

That allowed Cort to come through and win the chaotic stage in 4 hours 4min 35sec, although Roglič was still able to secure vital bonus seconds.

Carapaz of Ineos Grenadiers was down in sixth and lost time in his pursuit of moving above Roglič, who has led since replacing the Ecuadorian by winning stage 10, on the general classification standings.

Tomorrow's penultimate stage from Sequeros to La Covatilla will decide the outcome of the race.

The mountainous 178.2km route concludes with the famous climb of the Alto de la Covadilla, and Roglič is poised to win the race for the second straight year if he can survive the gruelling stage.