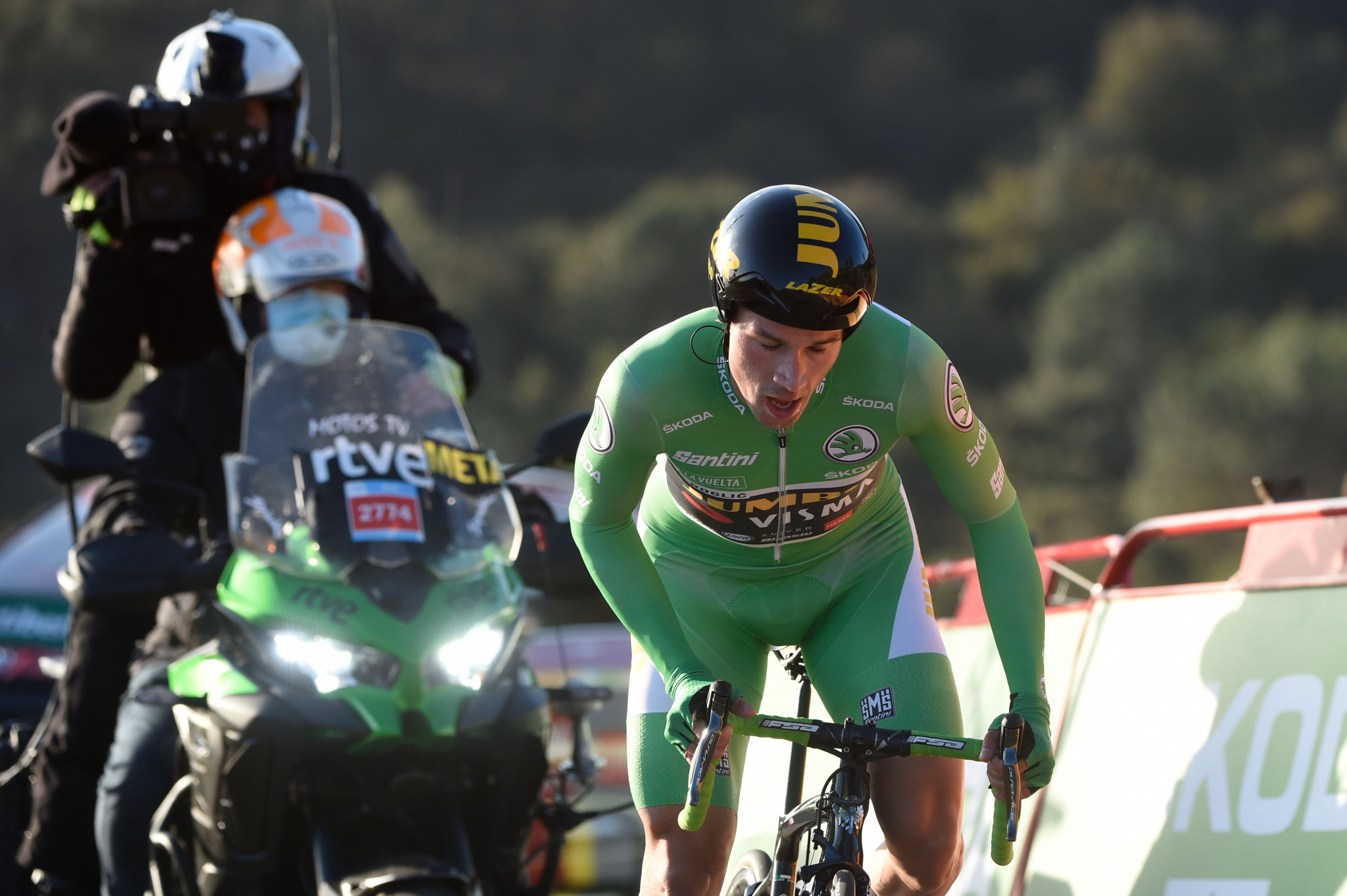 The Slovenian began the day 10 seconds in arrears to Ecuador’s Richard Carapaz in the general classification, but was expected to gain time during the 33.7-kilometre time trial.

Roglič was hoping to avoid a similar fate to the Tour de France, where he led the race heading into the penultimate stage only to be overhauled by fellow Slovenian Tadej Pogačar in a time trial.

The course was flat until a steep 1.8km climb to Mirador de Ézaro at the finish.

Roglič was 17 seconds adrift of Will Barta heading into the second time check on the stage, at 9km to go.

The Jumbo-Visma rider was able to overturn the deficit on the final climb to snatch the stage win away from the American.

Portugal’s Nelson Oliveira was third at 10 seconds down, with Britain’s Hugh Carthy 25 seconds adrift of the stage winner in fourth.

Carapaz lost 49 seconds to Roglič on the stage, enough for the Slovenian to take the race lead for the third time.

"It's a nice victory because it's been a long time since I last won a time trial," Roglič said.

"It's a super nice day, surprisingly I felt strong, I expected to suffer a lot more.

"Many people also expected me to lose time from Carapaz up the hill but we all started from scratch with the same chances.

"We all know it's not a fun thing to do a time trial but luckily today I had the legs.

"We need to keep the focus, the guys are really strong.

"We will fight for the overall win."

Roglič leads the race by 39 seconds from Carapaz, with Carthy eight seconds further back in third.

Ireland’s Dan Martin is fourth, 1:42 off the race lead.

Roglič now appears to be in control of the race, with the mountainous stage-17 route from Sequeros to Alto de la Covatilla expected to be his final obstacle in pursuit of back-to-back Vuelta a España titles.

Stage 14 will take place tomorrow with riders completing a 204km course from Lugo to Ourense.

Prior to today’s stage the International Cycling Union confirmed 681 coronavirus tests had been carried out on the second rest day, with 528 on riders and staff involved in the race bubble.

Each of the tests returned negative results.