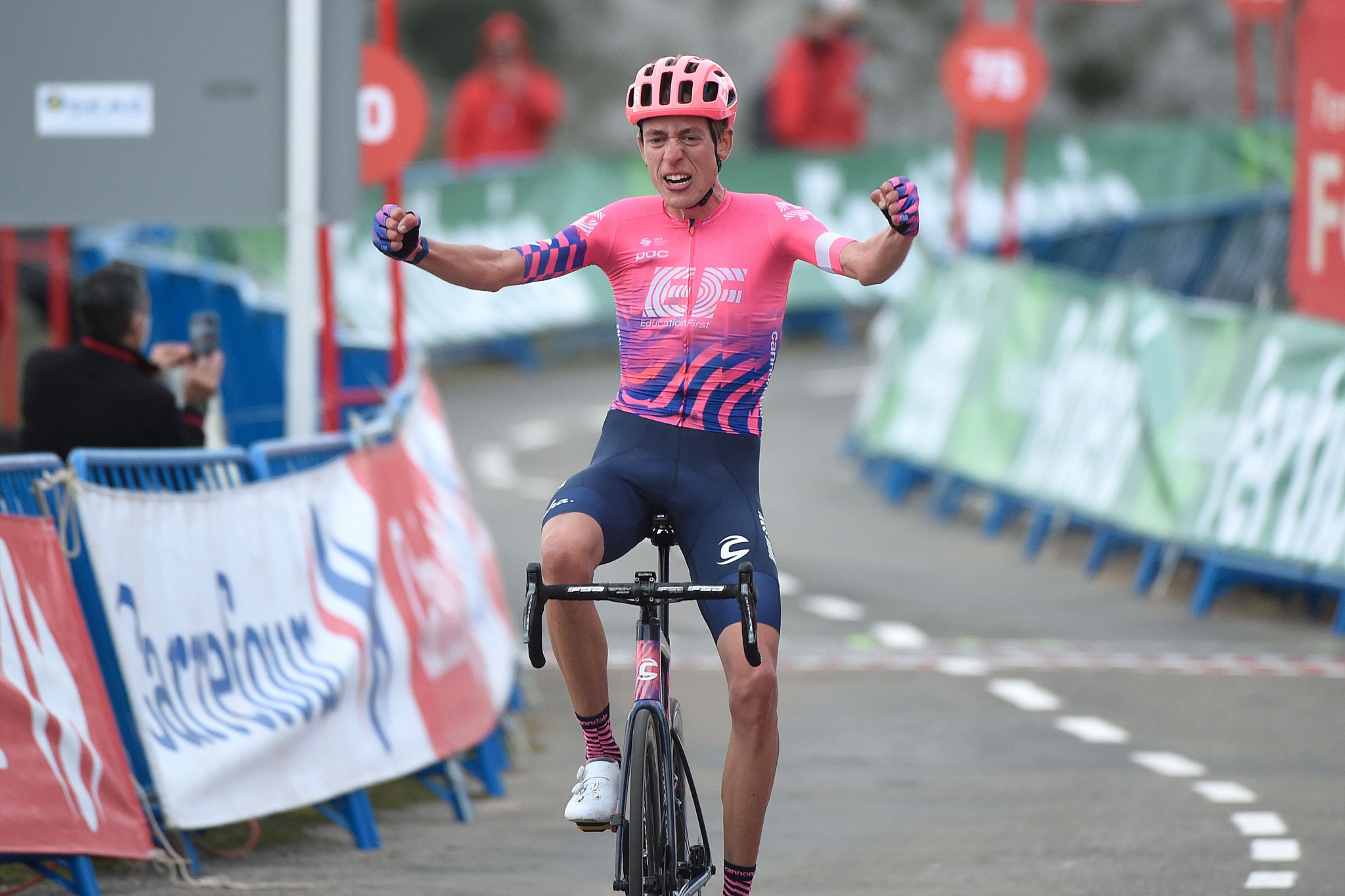 Britain’s Hugh Carthy earned his maiden stage win at a Grand Tour by triumphing on the steep slopes of Alto de L'Angliru at the Vuelta a España as Richard Carapaz reclaimed the race leader’s red jersey.

France’s Guillaume Martin featured in the main breakaway group for the second successive day, having been part of the move which led to his compatriot David Gaudu winning yesterday’s stage.

Martin was joined by Spain’s Luis Leon Sanchez and Italy’s Mattia Cattaneo on the category one Alto del Cordal climb.

The trio were able to remain clear of the peloton until the final 11 kilometres of the stage as riders began the ascent up the L’Angliru.

General classification contenders came to the fore on the final climb, which included steep gradients.

Carthy remained clear to the finish to triumph on the 109km mountain stage, which took the riders from La Pola Llaviana to Alto de L'Angliru, in 3 hours 8min and 40sec.

He ended 16 seconds clear of Carapaz, Mas and Vlasov, while race leader Primož Roglič was a further 10 seconds behind in fifth.

The Slovenian relinquished the red jersey to Carapaz - the two had begun the stage level on time - and admitted he "didn't have the best day".

"I’m happy with this result and we go on with the time trial on Tuesday (November 3)," Roglič said.

"I will do my best and we’ll see how things are after the time trial.”

Carapaz leads Roglič by 10 seconds in the general classification.

Carthy has risen to third in the standings following the stage and is  32 seconds off the race lead.

Ireland’s Daniel Martin is a further three seconds back in fourth.

The final rest day of the race will take place tomorrow before it resumes with a 33km time trial from Muros to Mirador de Ézaro.